In May, I decided to re-institute a new monthly feature here, something that I used to write for MindShift: a post highlighting some of the new and updated educational apps that have been released over the past 30 days or so. I say “or so” here as this is just the second time doing this in about six months, and I’m including below 2 apps that were released in May. Clearly this isn’t an exhaustive list of all the new educational apps – just 6 that I think are pretty interesting.  (The list would be 7, but I've opted not to include LaunchPad Toys' latest here as I just wrote about it last week. But do check out MonkeyGram.)

DIY.org launched in May, but it’s worth highlighting here. An online community for young makers, DIY encourages kids to show off what they’ve built or drawn, anything they’ve made at school or at home. The site, which is aimed at those 6 and older, has kids use animal avatars to help obscure their real identities. The design of the site (and those avatars) is wonderful, and the mission of encouraging making and helping kids create an online portfolio is important. DIY.org offers an iOS app that allows kids to snap photos of their creations and upload them to the site. There, they can share with friends and family. 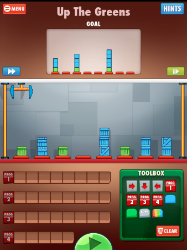 This app is another release from May, but it’s become one of my favorite puzzle games. Cargo-Bot is a noteworthy app for a couple of reasons: first, because it teaches computational thinking. And second, because it’s been built with Codea, a programming tool that lets you build apps for your iPad, on your iPad. But even if Cargo-Bot was built with C++, I’d still recommend it here. With Cargo-Bot, you have to program a robotic crane to move and stack crates. And that’s much easier said than done. You can use loops and if-then statements to do so, and you get points for writing a program that takes the fewest number of steps for the robot to execute it – but fair warning: these puzzles get incredibly challenging incredibly quickly. 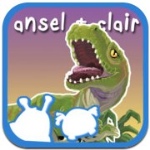 I featured the first Ansel and Clair app in my Mindshift round-up over a year ago, and the alien duo characters from that app are back – this time exploring the Cretaceous Period. As with the first app created by Cognitive Kid, these two aliens want to document and photograph what they see here on earth. Their explorations lead to lots of mini-games and lessons here about zoology, paleontology, and geology.  You can excavate fossils, watch a meteor shower, try to figure out why the dinosaurs perished, and much more. 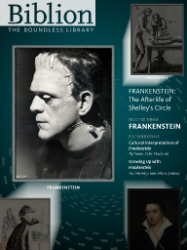 Yes, I know I included a Frankenstein app in last month’s list. But like I said, Frankenstein is my favorite novel. And now the New York Public Library has released its collection-based app that explores items from its stacks as well as from other libraries’: handwritten pages of Mary Shelley’s original manuscript (courtesy of the Bodleian), some of her husband Percy Shelley’s early works and notebooks, photographs of Boris Karloff, manuscripts from others in the Shelleys' literary and political circles, lots of academic essays about monsters and poets, and much more.  Like the other NYPL Biblion app (which looks at the library's collections for the 1939 World's Fair), the experience browsing this application is incredibly enjoyable:  it's not the same as browsing the physical library stacks, no doubt, but there's still that sense of wonder and discovery as you move through the material.  This is such a wonderful way to present collections -- particularly rare collections that the public would otherwise not be able to easily see. 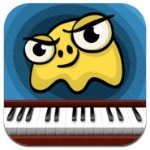 There are a lot of music education apps available, and so this app by JoyTunes enters a pretty crowded market. But the company's latest app Piano Dust Buster takes on a long-standing issue with those who are trying to learn a musical instrument: practicing can be frustrating. The startup has added some game dynamics to the process in the hopes of making the process more engaging. The Piano Dust Buster works as both a virtual keyboard and can also sit alongside a "real" piano, using the iOS device's microphone to help a student learn notes and rhythm.  The app comes with several songs (and you can pay to unlock more). In addition to this piano app, the company also makes one for the recorder. And that app has a Web interface as well -- useful, perhaps, for those parents and teachers who'd like a little more tonality and a little less honking coming from their kids.

Build with LEGOs, right in your Chrome browser. Need I say more? Awesome. 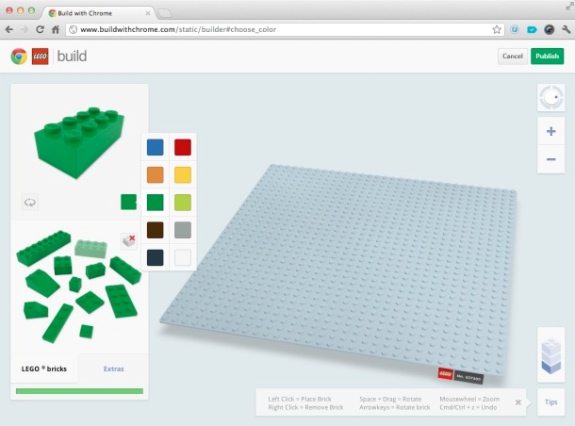