Critiquing Khan Academy: Teacher Theater and the Power of Satire

At the bottom of this post, I’ve “storified” some of the Tweets, videos, and articles about MTT2K, Mystery Teacher Theater 2000. 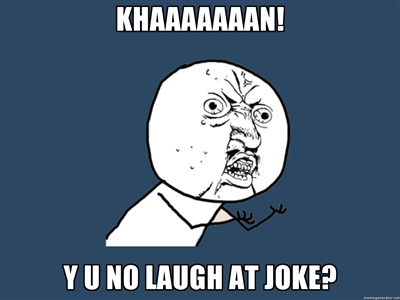 I think MTT2K, the Mystery Science Theater 3000-style video campaign satirizing Khan Academy, is one of the most interesting developments in education technology so far this year. Many educators have tried voicing their concerns about Khan Academy for several years now, but these have been largely ignored or dismissed by the media, politicians, and the YouTube-viewing public who continue to gush – often quite uncritically – over Khan Academy’s collection of free educational videos.

The MTT2K initiative, however, has put a crack in the mainstream narrative that Sal Khan is education’s “Moses.” How?

The Politics of Laughter

Laughter, as scholars like Sigmund Freud, Henri Bergson, Mikhail Bakhtin, and myself (#humblebrag) have argued, can be wielded to great effect to criticize, socialize, liberate, discredit and/or transform. And satire in particular uses laughter as a political weapon, to highlight and reveal things that might not otherwise be seen and to speak out against those in power in ways that might not otherwise be sanctioned or heard.

Of course, as the playwright, satirist and actor Dario Fo once said, “It is hard for power to enjoy or incorporate humour and satire in its system of control.” Indeed he titled his Nobel Prize acceptance speech “Contra Jogulatores Obloquentes” after the 13th century law that allowed anyone to insult or even kill jesters. (Insert wry joke about who has "the last laugh" here.) Perhaps that’s something that math teacher and PhD student Dan Meyer had in mind when he quipped after watching the first MTT2K video that “Bill Gates just put a hit out on John Golden and David Coffey.”

No doubt, the responses to political pranks and satire often highlight how power works and where allegiances lie: BetaBeat called the Golden and Coffey “trolls.” EdSurge suggested people were “picking on Khan.” WiredAcademic called the MTT2K campaign “bitter” and positioned the video as “teachers versus Khan Academy” (rather than say, teachers helping Khan Academy with a free and open peer review) with its headline invoking folks to “Fight! Fight!” The comments on blogs and on YouTube are full of threats and insults against those who’ve questioned Khan Academy and/or created MTT2K videos. And Sal Khan himself told The Chronicle of Higher Education that he thought the criticisms were “a bit arrogant and disparaging.”

That comment in particuar is incredibly revealing because it demonstrates that this isn’t just a matter of highlighting pedagogical problems in the Khan Academy videos or with their usage in the classroom. This is about power: “arrogance” connotes superiority and power; “disparagement” seeks to displace or depreciate power. Who has the authority to speak about or dismiss pedagogy? Who gets to speak about math and science? These aren't simply matters of education or expertise but rather of political power as it’s wielded within our current education reform narrative. And that is a narrative that’s painted Khan as a revolutionary hero, while painting teachers as reactionary villains.

Interestingly, by using satire in their MTT2K submissions and by laughing at the jokes, teachers are now being accused of being not just “trolls” but “clowns.” This is “inappropriate behavior.” It is “uncivil.” Robert Talbert’s blog post about MTT2K in The Chronicle yesterday has been praised as “reasonable," praise which in turn implies that the alternative is the irrational, the hysterical, and the unruly; these are arguments and people who can’t be controlled or constrained. 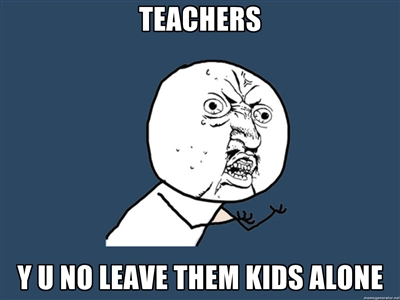 These characterizations do demonstrate that it's easy to give satire too much credit, to pin too many hopes on it, and to assume that because these jokes are made and some of us guffaw that society is necessarily transformed -- that we finally have this long-awaited "education revolution" on our hands, that Bill Gates will laugh and listen.

Sometimes the best that we can hope for with satire is that it helps remind us that those in power should never be immune to criticism. And sometimes those in power do listen. And to that end, MTT2K has been incredibly successful.