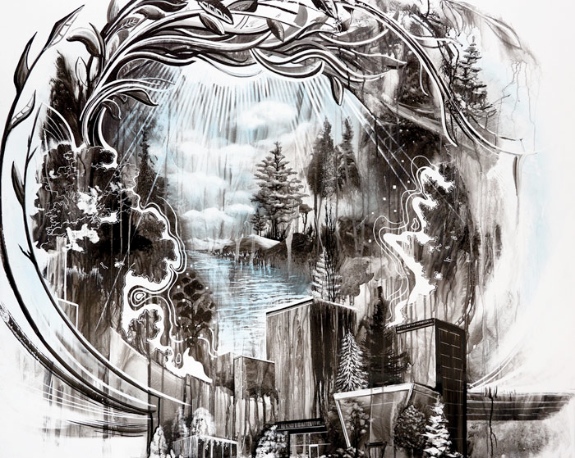 Abuse and Negligence at Penn State

Former FBI director Louis Freeh released the results of his 3-month investigation into the child sexual abuse scandal at Penn State University. Freeh’s investigation confirms what many people already suspected: that the university at its highest level chose to protect the football team over the young boys who were serially raped and abused by former football coach Jerry Sandusky. The university officials – from Coach Joe Paterno to former president Graham Spanier – turned a blind eye to the crimes that had been repeatedly witnessed happening on campus, in the football locker-room, in violation of the Clery Act (a federal law that requires universities report their crime statistics). Sandusky was recently convicted of 45 counts of child molestation.

We have a bit more information about the cheating scandal at New York’s prestigious Stuyvesant High School where some 71 students apparently took photos during the Regent’s Exam and texted the info to their friends. Nothing like using a system that tracks contents, sender and recipient details, prompting The Atlantic to describe this as “New York’s Most Gifted Students Cheated Like Idiots.”

The Atlanta-Journal Constitution has made the raw data available (for members of the Investigative Reporters and Editors association) from its recent investigation into school cheating.

The latest version of the Freedom Stick is now available for download. A Universal Design for Learning tool, the Freedom Stick can be installed on a 4GB Flash Drive and contains software that can make computers more accessible, including productivity, text-to-speech, and magnification tools.

Free online graphing calculator Desmos has rolled out several updates lately, including points of interest and parametric equations. Good thing the startup has made demo videos so you can listen to their explanations of what this means rather than read mine.

Techcrunch reports that Twitter has unveiled a new age verification program this week in conjunction with Buddy Media. Purely opt-in, this means that that underage Twitter users will have to verify that they’re old enough to follow “adult” brands like Coors. If you click the “follow” button on participating Twitter accounts, you’ll get a direct message asking you to confirm your age. Respond that you’re under 21 (in this case) and you won’t be able to follow the brand. Completely and totally foolproof, right?

Learning management system giant Blackboard held its annual conference "BbWorld" this week. Among the news from the event, upgrades to its Web conferencing software Collaborate with an iOS app coming later this summer. Among the metaphors used to describe Blackboard by CEO Michael Chasen during his BbWorld keynote: peeing.  Seriously.

McGraw-Hill has filed papers with the Security and Exchange Commission detailing its plans to split in two: into education and financial services companies. The former have $2.4 billion in assets and $600 million in debt and will handle the publishing business which saw a 6% drop in business last year; the latter will include Standard & Poors, which played a key role in the current financial crisis. Great work, team.

Digital storytelling 106 professor and mashup punk Jim Groom has had his YouTube account shuttered, thanks to repeated copyright infringement claims by folks who clearly don’t “get” mashups. No due process, just three strikes and you’re out – a good reminder that we should control our own digital spaces rather than rely on others’.

The City College of San Francisco, California’s largest college with enrollment of over 90,000 students, may face loss of accreditation and closure due to money mismanagement problems, reports The Huffington Post.

Data scientist Ari Bader-Natal is leaving his post as the Chief Learning Architect at the social learning company Grockit to join the new “elite for-profit university” the Minerva Project (which I covered here).

UniversityNow (which I covered here) has acquired Patten University, a regionally accredited non-profit in California.

Social coding repository GitHub raised its first round of outside funding this week, a whopping $100 million from Andreessen Horowitz.

Techcrunch reports that edu-data startup LearnSprout (which I covered here) is set to close a round of funding from Andreessen Horowitz (among others). LearnSprout will also join Code for America’s accelerator program.

Silicon Valley VC Michael Moritz has made a $115 million donation to Oxford University to help create a fund to pay for low-income students to attend the prestigious university. Tuition rates are poised to skyrocket in the UK this fall, and the scholarships aim to help soften some of that blow.

While Pell Grant funds are set to be increased next year, an online education group is warning that language in the appropriations bill will mean a decrease in money available for distance education students as they will no longer be able to get “room and board” expenses covered as part of their financial aid.

Pro Tip: Always look to see who’s funding the research. Case in point: a report issued this week that argues college isn’t really so expensive after all. It’s not a question of cost, the authors argue, it’s a question of perception. We need to view education as a personal investment, not as a social good – and then, it’s totally worth it. Fix subjectivity, not tuition rates. This message sponsored by: the Gates Foundation, the Walmart Foundation, the Sallie Mae Fund, and USA Funds.

The headline-grabbing results of a report from the Center for American Progress: kids say school’s too easy. Not so fast, says Penn State researcher Ed Fuller who questions the findings and argues that the data actually doesn’t support those assertions. But hey. Great headlines.

The Department of Education’s National Center for Education Statistics has released its latest data on post-secondary enrollments, graduation rates, and tuition costs. Among the findings in the preliminary report (PDF), the average tuition at four-year public colleges (after adjusting for inflation) increased by 4.3% at non-profit schools to about $23,300 between the 2009–10 and 2011–2 school years.

“America Has Too Many Teachers,” reads a Wall Street Journal op-ed by the Cato Institute’s Andrew Coulson. The Atlantic’s Jordan Weissmann calls “bullshit.”

According to research highlighted by Freakonomics, winning 5 football games means that a college can expect donations to increase by as much as $682,000. Freakonomics also highlighted paying students cash for good grades in its recent podcast. I think I’d like to write an op-ed for The Wall Street Journal that says “American Has Too Many Pop-Economists.”

Matthew L. Jockers from the University of Nebraska’s English Department, Matthew Sag from Loyola University Chicago School of Law, and Jason Schultz from the University of California, Berkeley School of Law have filed an amicus brief in the Authors Guild v Hathi Trust case. Signed by 42 other scholars, the brief argues that the digitization efforts of the Google Books project along with the universities of Michigan, California, Wisconsin, Indiana and Cornell University are important for the future of humanities scholarship and should not be seen, as the Authors Guild argues, as copyright infringement.

Microsoft held the finals of the Imagine Cup this week in Sydney. The annual competition has college students build technology solutions for some of the world’s greatest problems. This year’s winning team came from the Ukraine. They built EnableTalk, gloves that translate sign language into spoken words. Techcrunch’s Frederic Lardinois has a closer look at the prototype, which was built for around $75 – compared to about $1200 for similar devices currently available.

MAKE Magazine will be running a Maker Camp for teens from July 16 - August 24. The camp is virtual, run via Google+ Hangouts, and will offer walkthroughs on 30 different projects. No registration required.

Teacher Gregory Euclide has unveiled an amazing collection of artwork that he drew on his classroom’s whiteboard. (See the image at the top of this post.) These were made with school supplies, drawn during his lunch break, and are certainly the most striking usage of a whiteboard I’ve ever seen.