Edmodo's New $25 Million Investment: What It Means for Schools 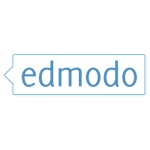 The social network for schools Edmodo announced today that it’s raised $25 million in its Series C round of funding (that is, its third round of venture capital investment). This round was lead by a new investor New Enterprise Associates (NEA) with participation from existing investors Greylock Partners, Benchmark Capital, Union Square Ventures, and Learn Capital.

The company raised its Series B just 7 months ago, at that time raising $15 million from Greylock and Benchmark. Greylock Managing Partner and LinkedIn CEO Reid Hoffman joined Edmodo’s Board of Directors. Edmodo’s Series A was in December 2010 with an investment from Union Square Ventures (who are also investors in Twitter, Tumblr, Foursquare, and Zynga). Seed funding came from Learn Capital, an investment firm whose largest limited partner is Pearson.

Edmodo is a free tool – free for teachers and for schools – and it’s promised to keep it that way. Until earlier this year, when Edmodo launched a platform that allowed third-party developers to sell their applications to Edmodo users (giving Edmodo a cut of sales), the startup did not have a clear revenue model. To date, Edmodo hasn’t opened this app store to all users, so the sales (and the cash from them) are limited. And even with 8 million registered users, it seems a stretch that this alone can be the path to Edmodo’s profitability.

Having raised $47.5 million in funding, it could be that Edmodo has a longer runway to figure that out – more time to improve its software (expanding its engineering team, for example) and more time to generate revenue. But the question remains:

How will all these venture capitalists get a return on their investment? The likely answer: acquisition. And I do have to wonder if NEA’s participation in a big round of funding so soon on the heels of Edmodo’s December investment doesn’t signal that that’s coming soon.

Who could buy Edmodo? A few thoughts:

Pearson: Pearson (via Learn Capital) was an early investor in Edmodo, and Edmodo could provide a social network for the education publishing giant (and a giant that’s really scrambling to move towards a digital future). Pearson products and services could be easily sold to schools, teachers and students this way. Analytics could be gleaned about curriculum usage, student-teacher engagement, and so on. A sale to Pearson would likely be about acquiring a large user-base for additional curriculum and textbook sales. And, of course, it would be about student and teacher data – what people are studying, buying, reading, writing.

LinkedIn: LinkedIn’s Reid Hoffman sits on the board of Edmodo as an investor, and I do think this would be an interesting (but perhaps surprising) acquisition. Although LinkedIn describes itself as a professional social network – something that makes it a parallel perhaps to Edmodo’s educational social network – I see LinkedIn as a big data company. Who’s hired. Who’s looking for work. Who updates their profile. Who you’re connected to. Where you went to school. What your skills are. All this incredible data about our professional skills and experiences can offer huge insights for other companies. And all that data – all our data – is what makes LinkedIn such a valuable company. It is possible that LinkedIn could make a move into the education space – particularly as we start to rethink certification and degrees – and Edmodo certainly has a lot of data which, in aggregate, could certainly provide interesting signals about careers, curriculum, certification, connections, and so on.

In both of these scenarios, it’s clear that the real value of Edmodo lies in user data. And here I’ll repeat the oft-quoted “if you aren’t paying for the product, you are the product.” An acquisition of Edmodo wouldn’t be about the software (which frankly isn’t particularly spectacular and whose functionality has been replicated by others); it wouldn’t necessarily be about the team – not in terms of engineering talent, at least. It would be about an 8 million userbase. And it would be about their data.

Today’s $25 million investment is a significant and sizable one, and the participation by all the startup’s previous investors in this round certainly seems like a vote of investor confidence in Edmodo. And as they should – the company has certainly benefited from schools’ fears of open social networks and embrace of closed ones. And it certainly goes without saying, the number of schools that have signed up for Edmodo is a vote of confidence there from the education community.

But after raising $47.5 million for a free tool, I think it’s worth asking: now what?