In May, I decided to re-institute a new monthly feature here, something that I used to write for MindShift: a post highlighting some of the new and updated educational apps that have been released over the past 30 days or so. Clearly this isn’t an exhaustive list of all the new educational apps – just 3 that I think are pretty interesting. (Just 3. July’s a quiet month, I guess.) 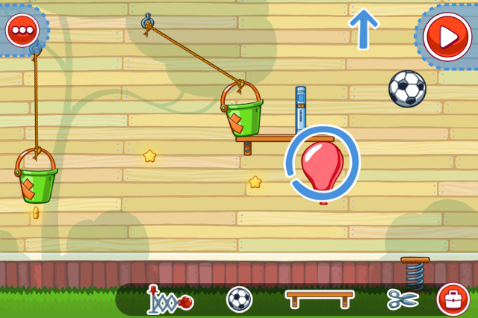 Amazing Alex is the latest game from Rovio, maker of the phenomenally popular Angry Birds game (and heck, franchise). While Wired’s Rhett Allain and others have written about the physics of Angry Birds, I’ve always felt like my success at the game was mostly luck and little to do with my ability to calculate velocity and angles. There’s some of this same physics in Amazing Alex, true – a game that features a young boy and his Rube Goldberg-like contraptions. Instead of aiming birds at pigs, here you must solve puzzles, helping Alex build these devices.

There’s no screenshots here of fun and engaging gameplay. There’s no screenshot at all. That’s because what Clever is building is incredibly important but all under the hood. The company offers an API to help open up student information system data programmatically – to other apps and to other app developers. Clever wants to help schools address problems with data integration and data silos.

The Sonnets by William Shakespeare

Touch Press has created some of the best known interactive books for the iPad, including The Elements and The Waste Land. Here, the company has created an app with all 154 of William Shakespeare’s sonnets, performed by a star-studded cast that includes Stephen Fry and Patrick Stewart. And come on, those two are just meant to read these poems aloud, right? The app has lots of other features – commentary, analysis, definitions, and a way to jot down your own notes. 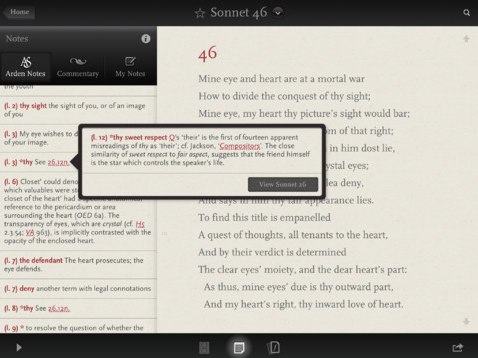