In May, I decided to re-institute a new monthly feature here, something that I used to write for MindShift: a post highlighting some of the new and updated educational apps that have been released over the past 30 days or so. Clearly this isn’t an exhaustive list of all the new educational apps – just 3 that I think are pretty interesting. And 1 of them isn’t really “apps” either. Feel free to complain in the comments. 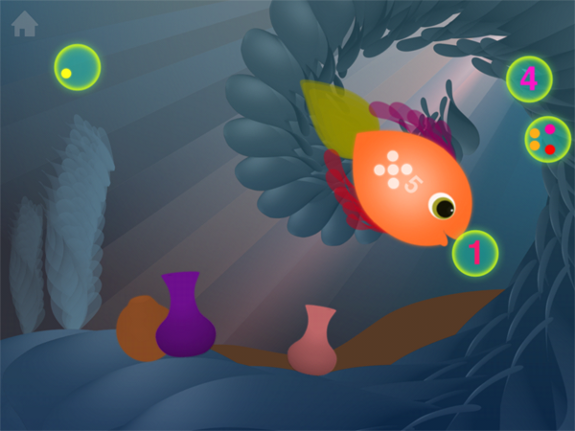 This app comes from one of my favorite education startups, Motion Math. It’s their latest in math-related games — this one aimed at the preschool set. Hungry Guppy helps teach number sense and basic addition. The app helps children identify numerals and countable dots. These come in bubbles that can be moved around with the finger and merged with other bubbles — addition! — then “fed” to a fish. The team has also penned a blog post detailing how they so thoughtfully designed this game. 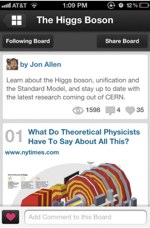 Learnist, the latest product from the social learning startup Grockit, has been available in beta on the Web since late May, but this week marks the release of the two companion mobile apps — one for iPhone and one for iPad. Tapping into the Pinterest-craze, Learnist allows users to create and share curated digital bulletin boards with others. The new iPhone version of Learnist is designed to make it easier to create boards (using the mobile camera, for example), while the iPad app is designed for “consuming” them. (You can read my initial write-up of its launch here.) 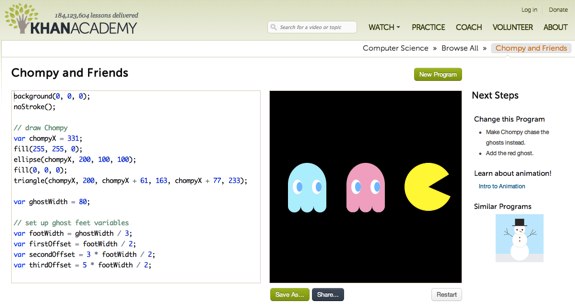 I’ve been pretty critical of Khan Academy — mostly the hype about it as some sort of messianic force to change education, but also its heavy reliance on video lectures and multiple choice quizzes. Watching and listening — even with the ability to pause and rewind — doesn’t necessarily mean you’re learning (and nor do the quizzes really measure much). But the newly-launched computer science curriculum at Khan Academy is a different beast and definitely moves the non-profit a little bit closer to learning-by-making. The CS curriculum starts with JavaScript, and as John Resig (creator of the JavaScript library JQuery and Dean of Computer Science at Khan Academy) explains,

Earlier this year I was working on an iteration of the CS platform which was heavily focused on structured curriculum leading towards exploratory projects.

Until I saw Bret Victor‘s mind-blowing talk on using a responsive programming environment.

After watching that video I couldn’t shake the feeling that what he presented was a fundamentally different way of approaching how to interact with, and learn how to, code.

In an environment that is truly responsive you can completely change the model of how a student learns: rather than following the typical write -> compile -> guess it works -> run tests to see if it worked model you can now immediately see the result and intuit how underlying systems inherently work without ever following an explicit explanation.

When code is so interactive, and the actual process of interacting with code is in-and-of-itself a learning process, it becomes very important to put code front-and-center to the learning experience.

Here's hoping that we see more of this sort of thing at Khan Academy, and hoping too that its computer science curriculum continues to be expanded so that learners can move from exploration to building.