FOMO (The Fear of Missing Out) and MOOCs 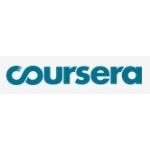 It’s that feeling of anxiety that you get when you look on Twitter and see all your colleagues are headed out to conferences, concerts, parties, or movies. If you don’t go, you worry, if you don’t do something, if you don’t have your own status updates and Instagram photos to share, opportunities are going to pass you by.

It’s the “fear of missing out” or FOMO, the social pressure that Sherry Turkle and others argue is an increasingly powerful side effect of our increasingly “connected” worlds.

17 new universities announced partnerships with the online education startup Coursera today, doubling the number of institutions now offering courses on the platform. And I can’t help but wonder if this is another form of FOMO.

You can certainly sense it in The New York Times write-up of the news:

The caliber of Coursera’s partners — Princeton, Stanford and the University of Pennsylvania were among the original partners — has given it credibility and cachet in higher education circles, so much so that some university presidents have begun to fret that it will reflect badly on them if they fail to sign on.

“You’re known by your partners, and this is the College of Cardinals,” said E. Gordon Gee, the president of Ohio State, one of the new partners. “It’s some of the best universities in the country.”

Mr. Gee, whose university will offer two courses from its College of Pharmacy, said he had some concerns about giving away content with no revenue stream in sight.

“That does keep me up at night,” he said. “We’re doing this in the hope and expectation that we’ll be able to build a financial model, but I don’t know what it is. But we can’t be too far behind in an area that’s growing and changing as fast as this one.” (emphasis mine)

We can’t fall behind. We can’t be left out.

This isn’t to suggest that fear is the only thing motivating universities to hop on the MOOC bandwagon. It’s not to say that the experiments with massive online education aren’t something that universities should explore.

But it does feel as though the rush for institutions to join Coursera isn’t just a matter of their recognizing potential for these kinds of classes to reshape higher education. In the midst of all the hype and the hoopla, it’s FOMO. The fear of missing out. Indeed as Coursera co-founder Andrew Ng tells Inside Higher Ed, the startup will "probably double its university partnerships at least one more time before it stops recruiting new institutions.” So hurry, folks. You don’t want to miss out…