On Naming Names and Calling Out Trolls 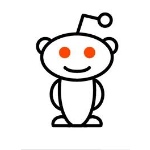 Late last week, Gawker’s Adrian Chen followed through on a promise to “out” a prominent, but anonymous member of the Reddit community — “Violentacrez,” the creator or moderator of many racist and misogynist subreddits including “Creepshots” and “Rapebait.” Chen’s article “Unmasking Reddit’s Violentacrez, The Biggest Troll on the Web” is an important story, one that highlights the complexities of free speech; the beliefs and practices of the Reddit community and how these shape and reflectsthe Internet-culture-at-large — and how they decidedly do not; and the necessities and the limitations of privacy and anonymity, on- and offline.

But I am glad Chen wrote the story. I am glad he exposed some of the inner workings of Reddit, an incredibly popular and influential website with over 40 million unique visitors a month. Reddit wraps itself (Redditers wrap themelves) in the rhetoric of free speech and democracy. (But it’s worth noting that since Chen first said he was going to publish the article, the community has banned from the site all links to Gawker or any of its associated Web properties).

Read the rest of the story (and some thoughts on academic "trolls") over on Inside Higher Ed...