In the next week or so, I plan to kick off my annual review of the year’s major ed-tech developments. I’ve identified the 10 trends that I think have been 2012’s most interesting and important. I’ll string out the posts that cover these over the next 6 weeks — and not just because it’s time for the obligatory-end-of-year-wrap-up-crap posts that we bloggers churn out throughout the month of December. I find the reflection is useful (although time-consuming), and it’s a good process for me to go through all the news and all my writing to assess what’s innovative and what’s hype and what's changed and why.

But before reviewing 2012, I thought it would be worthwhile to revisit the trends I selected this time last year. After all, educational institutions are famously slow to change, right? And learning is a lifelong process. As such, trends in education aren't likely to come-and-go with the same rapidity as, say, trends in fashion or pop music. We shouldn't be surprised then that there’s a lot of continuity between 2011 and 2012 and a lot of connections between the trends I've identified in both years.

Early last year, I predicted 2011 would be The Year of the Educational Tablet. I was wrong. It was The Year of the iPad. 2012 hasn’t turned out to be too shabby for Apple either. The company became the most valuable in history in August. Its education markets remains particularly strong too, and it touted in April that it was selling two iPads for every one Mac to its US K–12 customers. According to CEO Tim Cook, the rapid adoption of iPads is “unlike anything I’ve seen in technology.”

Other tech companies have tried this year (as last) to make the push into the education tablet market to compete with Apple and the iPad: Amazon launched new e-readers; Google released the Nexus tablet (as well as lowering the price for its Chromebooks); and Microsoft (finally) unveiled its tablet device. (There’s the Aakash tablet too, priced at $20 for students.) Despite the competition, Apple’s position (brand loyalty and marketing message and market share) in education remained strong in 2012 — and not just with iPads either — as schools also purchased Macs at record levels. 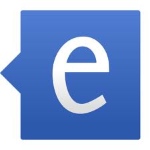 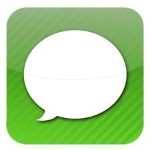 I chose “text-messaging” as a trend last year when I could have just as easily selected “mobile learning” as the thing to focus on. And in hindsight, I do see lots more excitement for the latter than the former. Nevertheless, I still believe we ("we" Silicon Valley-focused tech bloggers in particular) underestimate the importance of SMS, particularly for teens and for the developing world.

Of course, mobile analyst Chetan Sharma has just released a report that finds the average number of monthly texts sent by cellphone user fell last quarter for the first time in U.S. history — although it’s worth noting that his research doesn’t look at text-messaging patterns by age. So maybe that confirms that SMS is really on its way out. I don't know. It’s probably worth noting too that of the slew of text-messaging startups that launched in 2011, most have shut down or pivoted this year.

“As far as ed-tech trends go, 2011 was not the year of the e-textbook,” I wrote last year. There was enough activity this year -- hype or not -- that I do plan to cover digital textbooks as one of the Top 10 Trends this year.

Last year, instead of focusing on textbooks specifically, I looked more broadly at e-books, arguing that their adoption (and barriers to their adoption) had a significant impact on libraries. Many of these battles among libraries and publishers (not to mention, Google, the Authors Guild, Amazon and a whole cast of others) continued this year. In September, ALA President Maureen Sullivan blasted the publishing industry — calling out three of the Big Six specifically — for refusing to sell e-books to libraries. But while we inched closer to it (with the dismissal of the HathiTrust lawsuit and a settlement with the AAP), we still didn't see a resolution of the long-running Google Books lawsuit this year. Maybe in 2013...

Khan Academy wasn’t new in 2011, but oh man, was it news. But if you thought the non-profit had reached peak hype last year, you were sorely mistaken. Sal Khan and Khan Academy continued to appear in newspapers, magazines, blog posts, and TV shows, hailed as the “reinventor of education” throughout 2012.

If Khan Academy isn’t new, nor are the critiques that many educators have long made about the site’s pedagogy and its video content. In June of this year, math professors John Golden and David Coffey created a video in the style of Mystery Science Theater 3000, providing a running commentary and critique on one of Khan’s videos. Their Mystery Theater 2000 video spawned a video contest — along with a fair amount of whinging about the merits of parody.

In January 2011 in his State of the Union address, President Obama said that the need for better STEM education was “our generation’s Sputnik moment.” I’m not sure it’s a “moment” as much as “metaphor,” and I think it’s a troubling metaphor at that. That being said, I confess I did experience all sorts of patriotic, pro-science feelings watching the Curiosity Rover land on Mars in August. So make of it what you will. (At least, let's fund science education and NASA!)

Robots and space travel aside, just as in 2011, there was plenty of handwringing about the state of science, math, and technology education in 2012, with varying degrees of politics and pragmatism invoked to address the problem. Are we teaching students the right things? Does everyone need to study algebra? Are we preparing enough "skilled workers"? (And what does that even mean?) Should we charge science majors less tuition? And so on. The explosion of massive open online courses, particularly in STEM fields, along with a large number of startups focusing on programming education certainly reflect these concerns and opportunities. (MOOCs and programming literacy are, not surprisingly, both trends I’ll cover in the coming weeks.)

In 2011, Paypal co-founder-billionaire-libertarian-investor Peter Thiel (and others) proclaimed a “higher education bubble.” That is, the speculative investment we make in college -- and for a lot of folks, via student loans -- just isn't "worth it." There was lots more talk of this bubble throughout 2012, and while the bubble hasn't burst, (to continue the analogy) its surface area is stretched incredibly thin.

Tuition rates continued to rise in 2012, and the country's combined student-loan debt continued to grow (the average debt rate among borrowers is $26,500, up 5% from the previous year). And while a college education was still deemed by most to be a good investment, even in these tough economic times, there’s certainly a sense -- both on and off campuses, from students and parents and professors and politicians alike -- that there’s (a new analogy) a “tsunami coming.”

That tsunami looks a lot like a MOOC, apparently. And while some folks are so bold as to call MOOCs the "most important education technology in 200 years," I'm just gonna go with one of the Top Ed-Tech Trends of 2012 for now. But it's a trend that's inseparable from this narrative established in part by the tech industry last year of the higher education bubble.

When I chose “open” as one of the most important ed-tech trends of 2011, the air-quotes around the term were intentional. “I have this suspicion that some of the progress we’ve made towards ‘open’ only exists at the surface or very fringes,” I wrote late last year. “I think we’re in store for lots of conflict over what constitutes ‘open’ – how it’s funded, how it’s labeled and licensed, who mandates ‘what counts.’ I don’t mean to complicate a post of 2011 trends with musings about 2012. In fact, I’d see some of these conflicts bubbling beneath the surface all year – it’s in the lawsuits and the funding battles and the business model and marketing plan re-writes.” I could just copy-and-paste that into a post about 2012.

Interestingly, as I look over the list of trends I plan to write about in the next few weeks, it’s interesting that “open” doesn’t appear on it. Not explicitly. Instead, it’s subsumed — and sometimes even lost — in the other trends: MOOCs, most obviously.

10. The Business of Ed-Tech

It’s fascinating to re-read the post I wrote this time last year about the business of ed-tech. In it, I noted the founding of ed-tech news site Edsurge, the establishment of ed-tech startup accelerator ImagineK12, the launch of the education vertical in the hackathon franchise Startup Weekend, and the strong sense that something was afoot with all this entrepreneurial activity.

Even with the excitement that I could feel building about education technology in 2011, I really had no way to predict the explosion in startups and investment that we’ve seen in 2012. I’ve got lots more to say about this as one of the Top 10 Trends of 2012, but I’ll end here with the same questions I asked last year:

Will the innovation in education technology prompt us to scrutinize more closely how we spend those billions of education dollars – what’s "efficient," what’s "effective"? Will the business of ed-tech be good business (and if so, for whom?), and will it make for good teaching and learning?