Top Ed-Tech Trends of 2012: The Platforming of Education


In late 2007, Web browser pioneer, entrepreneur, and now venture capitalist Marc Andreessen wrote a really great blog post about Internet platforms. When I decided I’d write about education platforms as one of my Top Ed-Tech Trends, I immediately searched for it. I had only a vague recollection of what Andreessen had written. But I figured it’d give a good definition of Internet platforms and be an interesting frame for what I wanted to say about the “platforming of education." Because, ya know, it’s Marc Andreessen. (Link to Wikipedia entry, in case you don’t know.)

Slight problem: some time in 2009, Andreessen deleted most of his blog posts, including that one.

So a shout-out of thanks here to the folks who archived much of the site. And also, WTF Marc Andreessen deleting his blog?!


We throw the term “platform” around a lot in tech-speak, using it to refer to everything from software to hardware, from applications to operating systems, from websites to the Web and the Internet itself. In tech-marketing-speak, “platform” is often meant to invoke greatness or aspirations thereof: to become a platform is a goal — “the next Facebook,” if you will.

Marc Andreesen offered a good definition of platforms in a 2007 post titled “The Three Kinds of Platforms You Meet on the Internet”:

A “platform” is a system that can be programmed and therefore customized by outside developers — users — and in that way, adapted to countless needs and niches that the platform’s original developers could not have possibly contemplated, much less had time to accommodate.

Andreessen goes on to argue that there are 3 levels of Internet platforms — 1. Access API, 2. Plug-in API, and 3. Runtime environment — the differences depending on where and how developers run the code, as well as the amount of technical expertise and financial resources necessary to do so. Level 3 platforms are the best for developers, Andreessen contends, adding that “I believe that in the long run, all credible large-scale Internet companies will provide Level 3 platforms. Those that don’t won’t be competitive with those that do, because those that do will give their users the ability to so easily customize and program as to unleash supernovas of creativity.” 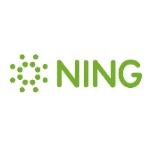 There are some flaws with Andreessen’s taxonomy here (best articulated by Fluidinfo’s Terry Jones) — least of which being his argument that Ning (the company he was then chairman of) sits at the pinnacle of Level 3. But as we think about education platforms — who is building them, who is developing third-party apps for them, why, and how — I still think it’s a useful technical framework.