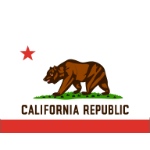 The UC Regents will meet next week. On the agenda: a discussion of online education at the University of California.

That discussion will serve as a follow-up to Governor Jerry Brown’s speech at the November meeting. Then he argued that technology was poised to “disrupt” higher education, much as it had done the post office and the newspaper industry. (Well, he describes the offices of newspapers he recently visited as looking like a “neutron bomb” went off — so that’s not exactly disruption, that’s obliteration…) The university must move online more rapidly, Brown insisted. Technological progress demands it. The budget demands it.

“[But] just while people were talking I went to my iPhone and I went to Google and I typed in ‘university education online’ and there’s a lot there and we don’t have to wait until January, or February, or March. We can have it right now. So that’s the world we live in…. The newspaper, the Post Office, the university. We can build the most fabulous buildings, we can have the teachers, professors, all this kind of stuff. But if other people come along and offer the same, or better, when they want it, you’re going to find there’s pressure out there."

The day-long event gathered together many key players in California higher education: Faculty Senate and faculty union representatives, administrators, politicians, vendors, students. Its purpose was “to raise the awareness and discuss key issues regarding the potential for online education to lower the costs for higher education in California.”

I storified the event, after live-tweeting it, as did Tiara Kelly. Below, I touch on some of the themes that struck me:

Lowering the Costs (For Whom)

There were objections from some corners that we shouldn’t simply talk about online education in terms of cost-savings. “It’s not about cost,” insisted Lieutenant Governor Gavin Newsom, although he admitted that much of the conversations about the future of California’s higher education have stemmed from budget discussions. “I want to focus on quality and access. I want to maintain our status as the finest system of public education in the world,” he said. Udacity’s Sebastian Thrun echoed these sentiments in his presentation, arguing that higher education will be faster, better, and cheaper, although he admitted that so far the interest has been on the “cheaper” aspect, and not focused on the “better.”

UCLA union representative Bob Samuels wondered if in fact the move to online education would really save colleges and universities money as some have promised. (Koller revealed that it takes between $25,000 to $50,000 to develop a course for Coursera.) Samuels expressed his concerns that all this hype about online education might just serve as a rationale to further cut universities’ funding.

What is “Quality” Higher Education?

ASU Online’s Phil Regier insisted the the classes that his university offers online are as good as the face-to-face versions. San Jose State’s Mo Qayoumi and Ping Hsu also argued that students seemed to perform as good or better in the blended classes that the university was offering in conjunction with edX. Again and again, some of the panelists sought to counter this notion that online is inferior.

Lillian Taiz, President of the California Faculty Association, who was on the final panel, also wanted to counter the notion that online educators are the only ones who care about quality. She was also one of few who questioned how we were defining “quality.” She asked if we were comparing new learning technologies to some of the worst ways to teach (that “is, the sage on the stage") just in order to justify online as “okay.”

But what is quality higher education? Completion rates? Knowledge or skill accumulation? Competency? Support? Job placement? Experience? What does quality education (quality teaching and quality learning) look like offline? What does it look like online?

And what does “quality” mean to the California higher education system? To the different institutions? To the students, the faculty, alumni?

What is the Purpose of Higher Education?

Much like the (unspoken) disagreements about how the panelists at the event define “quality,” I felt there were huge disagreements about how we define the purpose of higher education. I was struck in particular by the statement by Western Governors University’s Steve Klingler in explaining why there are no electives there: “They don’t add value.”

Klinger maintained that that the curriculum that WGU students study has been approved by corporations in the fields that will employ them. And no doubt that reflects a lot of the way in which we talk about higher education today: career readiness, workforce training.

ASU Online’s Phil Regier seemed to bristle at this, making the case that students take classes they don’t want to, for course requirements outside the major — for electives. But no one really spoke directly to the need for a “liberal arts education” (no one on the panel at least).

Maybe it does something for the learner? RT @straighterline: @sfrizelle @audreywatters What does basket weaving 101 do for an employer?

Coursera announced today that it was introducing “Signature Track,” a way for students to verify their identities so as to receive Verified Certificates for (certain) Coursera courses. While not “official” credit, this is certainly another step towards alternative credentialing. (Coursera is also working with ACE to secure credit equivalency for its courses.)

Coursera’s Daphne Koller didn’t reveal the Signature Track news yesterday (hmm, I wonder why not?), but others did bring up the subject of credits and credentials quite a bit. One of the student panelists argued that her and many of her peers taking online classes was motivated by not having offline courses available — and if you’re not enrolled in enough credits, of course, you don’t get financial aid. And you don’t graduate on time. Perhaps you don’t earn a diploma (back to the question of “what is the purpose of higher education” again).

The assertions by Straighterline’s Burck Smith might have been the most provocative on this front. Invoking Baumol’s cost disease, Smith asked what the biggest obstacles were to productivity improvements in higher education. Answering his own question, he said “regulations.” By that, Smith meant the regulations that restrict what “counts” for college credit — who “counts” as a college. Smith argued that the “tax-payer supported” accreditation system made it very difficult for new players to enter the education market.

I can’t help but wonder how the politics of education technology will play out here — particularly surrounding this question of credentialing, particularly considering those gathered at the event. That’s not a subject I expect Governor Brown to tackle in front of the UC Regents. I suspect it’s something that many of these online education vendors will take up with the state nonetheless.

(In related, interesting news, Dean Dad observes that the University of Phoenix might be on the cusp of losing its accreditation. Last summer, the California Student Aid Commission decreed that students at the for-profit university would no longer be eligible for state financial aid.)

The move to online education “might not be faculty-driven,” said the University of Wisconson’s Ray Cross, “but it’s reality-driven.” Change is inevitable — that’s the sense I got from many of the speakers — and technology is accelerating it. Indeed, I think that’s the dominant narrative right how about higher ed. “The Campus Tsunami” and whatnot.

But what changes will higher education make and to what end? Are the funding cuts inevitable, as suggested by The Chronicle’s Jeff Selingo, who pointed out that if trends continue, by 2059 no American universities will receive public funding? What technologies will be adopted and how and by whom?

I don’t think we have a clue what the future holds for higher education -- despite assertions that "everything will be different in 30 years" -- and it seemed as though every speaker at the event had a different vision (and a different stake) in what that might look like.

In his opening remarks, moderator Phil Hill noted that the people in the room would help steer the future of the state’s higher education system. I looked around the room and sighed. So many people, so many voices were missing. Among the notable ones: 2U (formerly 2tor, which has a partnership with USC); Pearson (which now runs Cal State Online); edX (its member schools includes UC Berkeley); more faculty (those with online teaching experience and those reticent to make the leap); people of color; more students (particularly “non-traditional” ones); and international institutions and/or scholars.

The Rebooting California Higher Education event had, nevertheless, a pretty packed agenda. And I imagine it’s left lots to discuss for next week’s UC Regents’ meeting (and then the following week, the USC Regents’) with the Governor, where apparently online education providers will also offer presentations. How much input faculty and students will have in any of this, however, remains to be seen.