Hacking the Learners' Bill of Rights 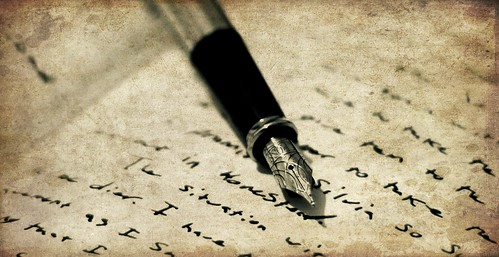 I was one of a small group invited to participate in a “MOOC summit,” sponsored by Sebastian Thrun, in Palo Alto in December of last year. Those present have affixed our name to a document that was released publicly today. (Link)

One of the goals of that December gathering was to write some sort of document about the future of (digital) learning. The first suggestion was we write a manifesto; instead we wrote a “bill of rights.” (I have some thoughts below on important distinctions between those genres.)

Much of the text in the document came out of smaller, follow-up writing sessions (and further conversations that happened at MLA, I think); we began commenting and editing the final version this week with a Friday publication deadline in mind. But if you know how the press operates, you know that embargoes don’t really last. A story about this was published on The Chronicle of Higher Education this morning.

Although all of us present have signed the document, there was — there remains — some substantial disagreements. Do we refer to “learners” or “students,” for example? What, if anything, do we want to say about accreditation, about assessment? I don’t think the disagreements are a bad thing; I don’t think this means that the document isn’t interesting or worthwhile. It is, if nothing else, a work-in-progress.

From the outset, we agreed as a group that this document should be hackable. As such, I’ve posted a copy to GitHub. The text is openly licensed. You are welcome to fork it. Download. Edit. Remix. Translate. Please note the bugs. Hack hack hack.

I think the document raises some crucial issues, and I'm thrilled to see the conversations that have already spun out of it (check out the #learnersrights hashtag on Twitter). Nevertheless here are the issues I’d submit:

The first suggestion was we write a manifesto; what the group came up with instead is a “Bill of Rights.” The former is a genre that I happen to like very much — enough to write a dissertation about it. Or, um, start to write a dissertation. The latter is a different sort of genre — legally, rhetorically, aesthetically.

Who governs the Internet? Who governs “online learning”? What rights do we have online?

And what rights, really, do we have as learners — on or offline? Yes, the Universal Declaration of Human Rights says that we have a right to “free and compulsory primary education.” But note the “compulsory” piece there. And note too this right is geared towards young children — towards “students” and not (necessarily) “learners.”

If I’m wary about invoking the notion of “rights” here, it’s in part because I feel as though a “Bill of Rights” is a fairly American formulation. And I am concerned with the ways in which Internet technologies facilitate globalization. Yes, the Internet helps expand our abilties to communicate and collaborate, but it may also serve to spread aspects of American culture and politics — particularly of Silicon Valley — worldwide. I'm particularly concerned about how this will affect education.

And if as some folks argue, there are to be only a handful of instructors (and perhaps a handful of offline campuses) in this brave new digital learning world, what does that look like for the the Global South, for the developing world? What does that look like for non-US universities and for non-US students? What happens to local knowledge, to local expertise? Will this be a new form of intellectual colonialism?

There were Canadians at this Palo Alto meeting (and let’s agree right now, when we talk about MOOCs, let’s do invite the Canadians to the table), and there were Germans. But the group gathered was mostly US-ians, all white and from the northern hemisphere.

There was one student present at the gathering in Palo Alto — and a grad student at that. Even with the group’s best intentions to give voice to students, students didn’t have one in the creation of this document. (That makes this sentence — “Finally, and most importantly, this document can’t be complete (can never be complete) without continuous and dynamic contributions and revising by students” — incredibly important).

One of the debates we had in editing the document was whether we should use the word “learner” or “student.” (We use both. For those keeping score at home, “learner” is mentioned 9 times; “student,” 41.) Although I suppose a thesaurus would suggest these words are interchangeable, I’m not sure they really are — particularly vis-a-vis “rights.” Students in the U.S., for example, have rights under FERPA. Those rights involve the students’ control over their data (something I’m very pleased that this document advocates strongly for) and their privacy — but it does so in relationship to educational institutions that receive federal funding.

How do we crack open this notion of “learning in the digital age” so that we are not as reliant upon traditional institutional definitions (and power relations) of “teacher” and “student”? I'm not sure the document is successful here.

I’m not sure why, but I found myself re-reading The Futurist Manifesto last night when I was browsing the final edits on this document set to be published today. “We have been up all night, my friends and I…”

I thought about Franco Marinetti’s 1909 manifesto and its celebration of speed and technology and youth, about its rejection of museums and libraries.

“We will sing of the great crowds agitated by work, pleasure and revolt; the multi-colored and polyphonic surf of revolutions in modern capitals: the nocturnal vibration of the arsenals and the workshops beneath their violent electric moons: the gluttonous railway stations devouring smoking serpents; factories suspended from the clouds by the thread of their smoke; bridges with the leap of gymnasts flung across the diabolic cutlery of sunny rivers: adventurous steamers sniffing the horizon; great-breasted locomotives, puffing on the rails like enormous steel horses with long tubes for bridle, and the gliding flight of aeroplanes whose propeller sounds like the flapping of a flag and the applause of enthusiastic crowds.”

I thought how easy it would be to slip in to this song here another chorus or two reflecting rhetoric I hear from the technology industry (and technology press) about the Internet, smartphones, phablets and — of course — MOOCs.

As Carmody writes, bookfuturists are “usually more interested in figuring out a piece of technology than either denouncing or promoting it. And we want to make every piece of tech work better. We’re tinkerers. We look to history for analogies and counter-analogies, but we know that analogies aren’t destiny. We try to look for the technological sophistication of traditional humanism and the humanist possibilities of new tech.”

I think there’s much more tinkering to be done here — and I don’t mean just with the document itself. And I doubt we can both tinker and codify rights. In many ways, I think much of what the future of learning looks like has to be personal and negotiable, not universal and inalienable. And even with all the flaws — politically and practically — that come with the genre, I feel like we might be better served with making manifesto-ish demands as learners — bold, unattainable, visionary, and wildly inappropriate demands — than with a small group of us (ha! an "avant garde") enumerating these things as rights for all.

Disclosure: Travel to Palo Alto for the MOOC Summit was paid for by Udacity. Image credits: Joel Montes de Oca