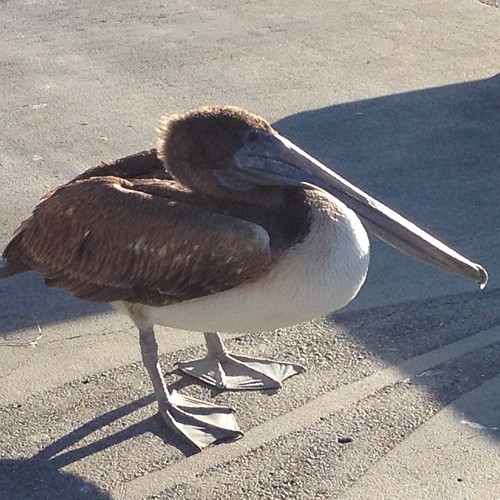 California Governor Jerry Brown gave his State of the State address this week. Among the topics he covered: education (no big surprise), including a proposal to change the formula for school (supplemental) funding so that monies are distributed “based on the real world problems they face.” The Washington Post has the transcript of what Brown said about education.

TorrentFreak reports that a Dutch math teacher has been convicted of facilitating copyright infringement as he linked to “pirated” PDF versions of copyrighted worksheets on his website.

Court documents filed as part of a class-action lawsuit against the for-profit education company K–12 charge that the company “used dubious and sometimes fraudulent tactics to mask astronomical rates of student turnover in its national network of cyber charter schools.”

3 laws have been introduced in the Texas legislature that, if passed, will ban RFID tracking of students.

Ahmed Al-Khabaz, a 20-year-old computer science student at Montreal’s Dawson College, has been expelled after he discovered a major security flaw in a computer system used by many of Quebec’s universities. Al-Khabaz reported the issue to the school’s IT, which said it would fix it, but then two days later when he ran a program to test whether the vulnerabilities still existed, the school accused him of launching a cyber attack.

Unglue.it, one of my favorite education startups of 2012, has successfully “unglued” two more books: Lauren Pressley’s So You Want to Be a Librarian and Dennis Weiser’s The Third Awakening. These previously published books are now available DRM-free under a Creative Commons license.

Another week another breathless but unresearched education-related fluff piece in Techcrunch. (Actually, there were probably multiple of these…) This one focuses on a new non-profit called Code.org that “launches to help make computer programming accessible to everyone.” There’s an infographic, so you know it’s gonna be hugely disruptive.

Georgia State University will offer course credit to students who take MOOCs, according to The Chronicle of Higher Education. Students will have to work with the university and departments to demonstrate mastery over the course material, and if they can will get credits without having to pay additional fees.

“The world’s most popular professor,” MIT’s Walter Lewin, will teach a MOOC — 8.02x Electricity and Magnetism — through edX. Lewin’s course materials (published through MIT Opencourseware) and his lecture videos (on YouTube) have been incredibly popular. The latter have had over 11.4 million views.

The learning management system Desire2Learn has acquired DegreeCompass, a project built at Austin Peay University that offers a recommendation service to students, suggesting courses to them based on their grades and transcripts.

Top Hat Monocle, a startup that makes classroom response systems, has raised another $1.1 million, a follow-on investment to the $8 million it raised in July. More details in GigaOm.

McGraw-Hill has acquired a 20% equity stake in Area9, its long-time partner in adaptive learning technologies. Area9 helps power the LearnSmart line of products, including the recently acccounced adaptive textbook.

Techcrunch reports that the math startup KnowRe has raised $1.4 million in funding.

Techcrunch reports that Internmatch — a startup that, as the name suggests, matches college students with internships — has raised $1.2 million in funding.

Techcrunch reports that the online education platform WizIQ has raised $4 million in funding.

The International Finance Corporation — an investment arm of the World Bank — has invested $150 million equity investment in Laureate Education, a or-profit education company that, according to Inside Higher Ed, “operates 65 career-oriented colleges in 29 countries.”

The Atlantic’s Jordan Weissmann posts about the 38 states that have slashed their higher education spending since the recession. Topping the list: Arizona, which has cut funding by 36.6% since 2008.

The learning management system Schoology has launched a challenge to Student Information System vendors, offering a $25,000 bounty to those who build and open an API so that the startup can integrate with it.

According to statistics released this week by the Census Bureau, “From 2002 to 2012, the highest rate of increases in education attainment levels were doctorate and master’s degrees. …The population with a doctorate grew by about 1 million, or 45 percent, while those who held a master’s climbed by 5 million, or 43 percent.”

Investment research firm CB Insights released a report on the 2012 venture capital activity in the education sector: some $1.1 billion in funding. But the firm says this isn’t an indication there’s an ed-tech bubble, noting that “the reality is that these companies are raising pocket change in the grand scheme of things. And if these Ed Tech companies are unable to raise Series A, B, etc funding, that is a sign of a market that is actually working.”

Moody’s Investors Service issued a pessimistic forecast last week for higher education, arguing that all its traditional revenue sources are facing some sort of pressure. “Moody’s analysts caution that revenue streams will never flow as robustly as they did before 2008,” writes Inside Higher Ed.

Are charter schools better able to fire low-performing teachers? The Shanker Blog’s Matt Di Carlo looks at research Joshua Cowen and Marcus Winters, recently published in the journal Education Finance and Policy. (The answer to the question, based on this study at least: no.)