The Politics of Ed-Tech (Continued)

Based on some pushback on my Storify of the conversation I held at EduCon about the “politics of ed-tech,” I wanted to expand and clarify my thoughts on the topic. Plus, it was a pretty interesting week, with lots of great examples to talk about... 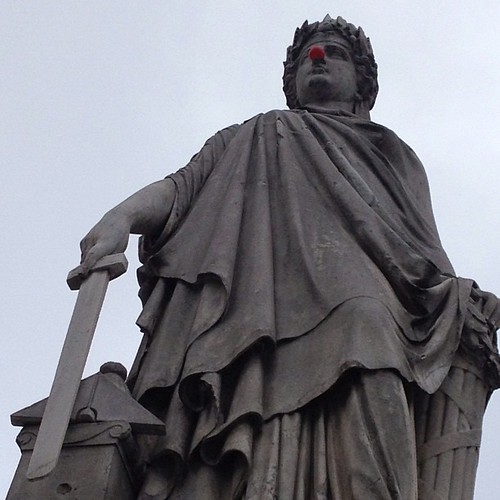 The most well-known of Melvin Kranzberg’s “6 laws of technology” states, “Technology is neither good nor bad, nor is it neutral.” One of Kranzberg’s less frequently cited laws adds, “Although technology might be a prime element in many public issues, non-technical factors take precedence in technology-policy decisions.”

So when someone like Marc Andreessen — famed technology entrepreneur, CEO, and investor (and investor in several ed-tech startups, including Udacity and Kno) says that “software is eating the world,” we must recognize that this isn’t simply a matter of technological change. Moreoever, the things that we’re increasingly expecting computers to deliver — efficiency, scaling, speed, data, automation, accessibility, networked communication, control — aren’t simply technological; they are cultural, economic and incredibly political.

What does this mean for education? What are the politics of education technology?

Sometimes the politics of ed-tech are pretty obvious.

Take, for example, the release this week by the non-profit project Partnership for Working Families of emails between former Florida Governor Jeb Bush’s Foundation for Excellence in Education and various state and corporate officials. FEE has an explicitly political mission — “to ignite a movement of reform state by state to transform education for the 21st century” — as does the labor and community group-backed Partnership for Working Families — its concerns about privatization and profiteering. And many of the education reforms that Jeb Bush and FEE push involve initiatives that are explicitly “ed-tech”: online learning, computer-based learning, digital textbooks and assessments, cyber charter schools, and the like. (See the op-ed penned by Bush that appeared on CNN.com on Wednesday.)

The FOIAed emails show the close ties between Bush’s foundation, its donors, profits, and policies. It shows how the foundation helped craft and guide state legislation. It shows how corporate lobbyists and donors sought to be close to members of the FEE’s “Chiefs for Change,” a group of powerful conservative superintendents. As a story in the Portland Press Herald about the foundation’s activites in Maine describes it, “So was a partnership formed between Maine’s top education official and a foundation entangled with the very companies that stand to make millions of dollars from the policies it advocates.”

Or, take Bill Gates’ 2013 Letter, also released this week, and its pronouncements that big data will “save American schools.” As with Jeb Bush’s foundation, I’m not sure there’s anyone would argue that Gates’ philanthropic efforts aren’t political; many of The Gates Foundation’s proposed education reforms have been adopted by and many of its staff hired by the Department of Education after all.

Nevertheless, it’s probably worth reiterating here that “data” and the invocation of data science in the grading of schools and teachers are neither a-political nor objective. As mathbabe Cathy O’Neil reminds us, “Don’t be fooled by the mathematical imprimatur: behind every model and every data set is a political process that chose that data and built that model and defined success for that model.”

If the machinations of Jeb Bush and Bill Gates demonstrate what’s obviously and recognizably political about ed-tech — the ways in which money and influence shape education (technology) policies — there are many more ways in which ed-tech’s politics are more subtle and/or more complex.

And let’s be clear. I’m not suggesting here that the politics of ed-tech are necessarily corrupt or conservative or corporate. Oh hell yes, we need to “follow the money” — we should investigate closely who’s investing, who’s lobbying, who’s profiting, and who’s shaping the narratives (in the media, in the legislature, in the board room) about education and education technology.

But we also need to examine more broadly and more critically our own politics of ed-tech too — as builders and buyers of technology, as creators and consumers of content, as citizens and community members, as learners and teachers alike. (What, for example, can we say about the politics of xMOOCs or the politics of cMOOCs and — to pick another story from this week’s news — how does this manifest itself in the #etmooc lip dub?)

Education is always political — those politics operate at a global level, a federal level, a state level, a local level, a school level and of course on a personal level. As such, if it’s impossible to escape these politics, how do we at least begin to evaluate our own complicity with — to paraphrase Kranzberg’s Laws — the goodness and badness and never-neutrality of education technology?