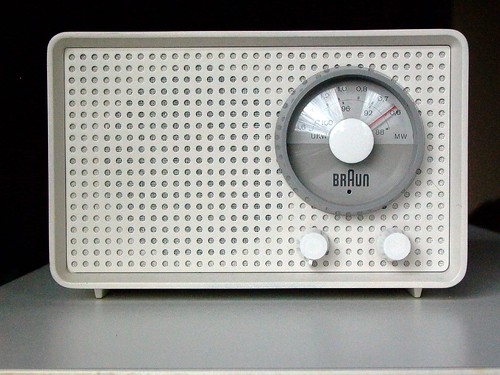 In a massively ironic online disaster, the Coursera/Georgia Tech course Fundamentals of Online Education was cancelled this week, following a lot of technical and pedagogical hiccups. You can read more about the class from students enrolled — Debbie Morrison’s “How NOT to Design a MOOC: The Disaster at Coursera and How to Fix It,” for example. Lots of finger-pointing here about whose fault this was — the platform, the instructor, the university — and questions about the lack of quality control as well as the lack of respect for the students’ work that was already ongoing in the system but that suddenly became unavailable when the course was closed.

But good news, nevertheless, for Coursera this week when the American Council on Education announced that 5 Coursera classes are approved for credit recommendations: Pre-Calculus from University of California, Irvine; Introduction to Genetics and Evolution from Duke University; Bioelectricity: A Quantitative Approach from Duke University; Calculus: Single Variable from the University of Pennsylvania; and Algebra from the University of California, Irvine. Students will now be able to request that their schools accept these credits. But as Doug Lederman notes in Inside Higher Ed, neither Duke nor UC Irvine plan to let their own students use these classes for credit.

Malala Yousafzai, the young Pakistani woman who was shot in the head in an assassination attempt by the Taliban, has spoken publicly for the first time — and despite the attempt on her life, she continues to push for the rights of girls to be educated. Malala remains in the hospital in the U.K. where she is recovering from multiple surgeries.

An Idaho state senator — and chair of the state senate’s Education committee — has introduced a bill mandating all Idaho students read Ayn Rand’s Atlas Shrugged and pass a test on it before they can graduate high school. [Insert joke here about how this violates the 8th Amendment.]

Despite the fact that it’s sitting on an endowment worth about $20 billion, Yale University is now suing former students who have failed to repay their loans, reports Bloomberg. Other schools are doing the same, including the University of Pennsylvania which filed over a dozen lawsuits against former students last year.

At the White House Tech Inclusion Summit last week, 5 initiatives were unveiled to help make sure everyone can learn tech skills, particularly girls and women and those from historically underrepresented communities. I mentioned one of the initiatives in last week’s write up — the partnership between Starter League and the Chicago Public Schools that will help train teachers on Web development so they can in turn teach these skills to their students. The White House blog lists the other initiatives unveiled at the meeting.

The Prince George County (Maryland) Board of Education is proposing a new policy that would give it copyright over teacher and student work. While the latter is fairly common practice under “work-for-hire” agreements, taking control over students’ work is far more controversial (and I’m not a lawyer, but I’d add that it’s of questionable legality too). The district says that it wants to make sure that it, and not teachers and students, is positioned to make money off of creations. Ugh.

The Chronicle’s Jen Howard writes that the fair use case pertaining to electronic course reserves is entering the appeals phase. Publishers sued Georgia State University for copyright violation, but a judge ruled last year that the university had only violated copyright in a handful of the 99 instances in question. Publishers are appealing, and there's some concerns over indications the Justice Department plans to weigh in.

A librarian at McMaster University wrote that “The Edwin Mellen Press was a poor publisher with a weak list of low-quality books, scarcely edited, cheaply produced, but at exorbitant prices,” and now the publisher is suing for libel and seeking $3 million in damages.

In conjunction with FETC this week, Google’s edu-evangelist Jaime Casap touted some of the company’s edu-related accomplishments, including the fact that some 2,000 schools now use Chromebooks, “twice as many as 3 months ago.”

The Shared Learning Collaborative, a Gates Foundation-funded initiative to create a data storage and sharing infrastructure for schools, has rebranded itself. While the non-profit has a new name — inBloom — it insists that its mission and plans remain the same.

It was a rough few days for many of the campuses that use Desire2Learn last week as a malfunction brought the learning management system down for a quarter of the company’s clients, including UC Boulder and the University of Waterloo. No data was lost in the outage, says D2L.

The global market for education is $4.4 trillion, according to the investment bank IBIS Capital, which predicts that the e-learning segment of this market will grow by 23% between now and 2017.

New Zealand-based startup Hapara, which offers a platform to help schools manage their Google Apps for Education systems, has raised $3.2 million in funding.

Turkey is planning a $4.5 billion tablet initiative with plans to buy devices for some 15 million Turkish schoolchildren. Apple wants the contract (no surprise), according to Mac Rumors, and company executives met last week with the Turkish president.

The Partnership for LA Schools announced this week that DirectTV is helping it make a $200,000 investment in the math software ST Math. More details on the Getting Smart blog.

The LMS Haiku Learning has acquired the online grade-book ActiveGrade. Financial details were not disclosed.

Techcrunch reports that the education marketplace Skillshare has raised $1 million in funding (bringing the startup’s total investment to over $4 million). The money will be used to help expand Skillshare’s staff and its course catalog.

Hires and Fires and Disciplinary Measures

Bob Kerrey, the former Nebraska senator and governor, has stepped down from his position as President Emeritus of the New School, reports The Chronicle of Higher Education. Kerrey recently took up a position with a non-profit research wing of the Minerva Project, a new for-profit university.

Some 70 students at Harvard have been disciplined for their part in what’s described as the school’s “largest cheating scandal in memory.” There’s been some pushback on whether the students were cheating at all or whether they were simply “collaborating” — many claim that the course instructions and expectations weren’t clear. The students are not being expelled but only have to withdraw from the university for a short time. Their infraction can be absolved if they hold down "a full-time, paid, non-academic job in a non-family situation” for at least half a year.

Congratulations to the 20 grand prize winners of the 2012 Google Code-in, Google’s annual coding competition for teens. Winners get a trip to Mountain View to visit the Googleplex.

The 2013 Horizon Report for Higher Education was released this week. On the horizon in the short term: MOOCs and tablets. Go figure, eh.

PBS Learning has released a survey detailing K–12 teachers’ use of and attitudes towards education technology. Among the findings, interactive whiteboards remain the most popular and desired technology in the classroom. Asked why they use technology, 74% of the educators responded “to reinforce and expand on content.” The same percentage said “to motivate students to learn.” Awfully transformational, this ed-tech stuff, eh.

“Widespread use of Khan Academy could also save precious tax dollars” and could help address the “government monopolistic control over education,” according to a fawning report titled "One World School House vs Old World Statehouse," written by the libertarian think-tank Pacific Research Institute. (PDF) My favorite parts, I admit, are when the report tries to address the many critics of Khan Academy, including Stanford math professor Keith Devlin. “Devlin’s case against Khan Academy seems like so much ivory tower pontificating and academic turf protection.” Take that, you math expert! What do you know?! “Overall,” the report says, “the arguments of critics remain unconvincing when compared to Khan’s documented impact and what Khan truly believes.” As math professor Robert Talbert, one of those ivory tower pontificators mentioned in the report argues in response, “Not nearly as unconvincing as arguments based on anecdote and personal feelings, which is what most of the authors’ defense of Khan seems to consist of.”