Electric Cars and Education: Data, Journalism, and "The Truth" 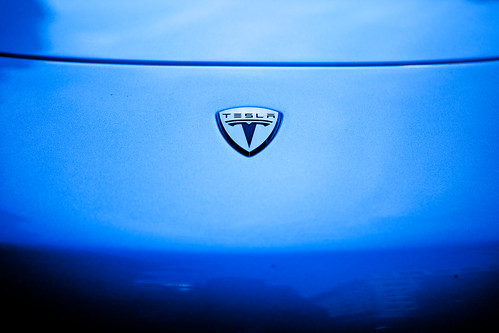 The “NYTimes article about Tesla range in cold is fake,” Tesla founder and CEO Elon Musk tweeted on Monday. “Vehicle logs tell true story that he didn’t actually charge to max & took a long detour.” Disputing John Broder’s article “Stalled on the E.V. Highway,” Musk said he had data to prove that the journalist had distorted his experiences with the electric car and the company’s new charging stations, and Musk posted the vehicle logs from Broder’s trip to the Tesla blog.

The back-and-forth has ensued all week. Broder has rebutted Musk’s rebuttal — twice now. Other publications and pundits have offered their interpretations of the data. And The New York Times public editor Margaret Sullivan has weighed in — although not with “the definitive word,” she cautions — on the various “claims and counterclaims.”

This is a story that has nothing to do with education technology, I suppose you might argue. But to the contrary, I think it has quite a lot to do with it, as does raise some interesting and important questions about technology, data, and journalism — all increasingly relevant as education becomes more "data-driven."

So a couple of observations:

Following Musk’s release of the vehicle logs from the journalist’s trip, several Silicon Valley investors (among others too) were quick to defend Tesla, arguing that the data revealed “the truth” and that Broder had lied. In response to “deceitful journalism,” they argued, Musk had provided “clear facts” and a “data-driven rebuttal.”

But clearly “data” is not equal to “the truth.” Neither journalists nor data are objective. The various reactions to the Tesla vehicle logs highlight this: there’s Musk’s reading of the data; there are other journalists’ interpretations; there’s Broder’s recollection of the road trip and his (re)contextualization of the data gathered by the electric car’s sensors.

There are other narratives at play here too, ones that neither are supported or refuted by the Tesla vehicle logs necessarily, but that shape our responses to the story nonetheless: that The New York Times is an old media dinosaur, unfriendly to the high-tech future that Tesla symbolizes and perhaps unaware of the power or ubitquity of data; that Elon Musk is a visionary but oft-maligned CEO, one who must be defended from the old guard — be that the NYT, the automotive industry, or Mitt Romney, who famously called Tesla a “loser company” during the 2012 Presidential campaign.

As David Weinberger, author of Too Big to Know, writes of the still-unfolding story,

“Not all of these narratives are equally supported by the data, of course — assuming you trust the data, which you may not if your narrative is strong enough. Data signals but never captures intention….

But the data are not going to settle the hash. In fact, we already have the relevant numbers (er, probably) and yet we’re still arguing. Musk produced the numbers thinking that they’d bring us to accept his account. [The Atlantic’s] Greenfield went through those numbers and gave us a different account. The commenters on Greenfield’s post are arguing yet more, sometimes casting new light on what the data mean. We’re not even close to done with this, because it turns out that facts mean less than we’d thought and do a far worse job of settling matters than we’d hoped.

That’s depressing. As always, I am not saying there are no facts, nor that they don’t matter. I’m just reporting empirically that facts don’t settle arguments the way we were told they would.”

And yet we have all the assertions — from some very loud and powerful voices, I should add — that more measurements and more data will save us.

Weinberger adds, “there is something profoundly wonderful and even hopeful about this case that is so typical and so remarkable.” He contends that the very public debate we’re having about the data and the Tesla story — a debate occurring in the pages of The New York Times, on Twitter, in other publications, and so on — is incredibly important. From it, “we can see just how inadequate any single investigator is for any issue that involves human intentions, especially when money and reputations are at stake. We know this for sure because we can see what an inquiry looks like when it’s done in public and at scale.”

“‘Open source’ the driving logs,” says The New York Times’ public editor. Make all the data openly available so that the public — not just the CEOs and the journalists and the investors and the experts — can look at it, hack at it, and interpret it themselves.

“Open source more data,” I’d add. And let’s not just have these discussions about the range of electric cars (as riveting and relevant as this is for some folks, I realize, holy crap there are more important data-oriented discussions we could have).

Like Tim Stahmer, I wish we would have these debates — more publicly, more critically, more often — about education data, particularly about our reliance on “test data as truth.” As Stahmer asks, “How often do we ask even the subjects of our testing to analyze the data we’ve gathered from them? Why are then not included in the development of the assessment instruments? When do we include at least a few of the thousands of other factors that affect student learning in our interpretations?”

Whose Data Is It?

Admittedly, my first reaction to the Tesla story was, "Wait, there were vehicle logs? Who owns that data?" Tesla, it seems in this case. Who has access to it? Does the driver know what data is being recorded, for what purposes, and with whom it can and will be shared?

Elon Musk tweeted that “Tesla data logging is only turned on with explicit written permission from customers, but after Top Gear BS, we always keep it on for media.” And I wonder, in light of all of this, how product reviews and product logs might be handled in the future. Will there be more data-tracking, purportedly I guess, keep journalists “honest” or “in line”? Will we see more of this sort of appeal to the data logs when (negative) stories are published?

How do we balance the call for more data — to help us monitor marketing claims, to help us make better decisions, and so on — with expectations about power, privacy, security, surveillance, transparency, and data ownership? And I ask again a question I posed earlier this week: "Who owns education data?" And to what end and by whom are education data (whatever's the equivalent to the Tesla vehicle logs) invoked?