Hack Education Weekly News: The State of the Ed-Tech Union Is... 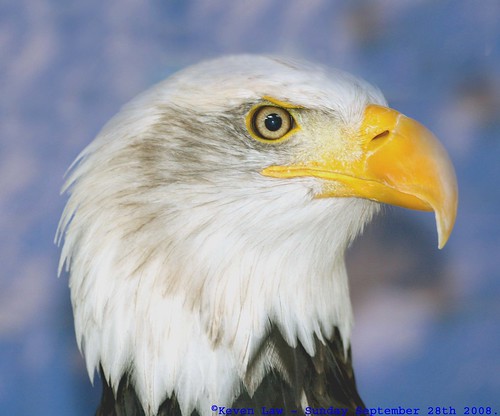 The State of the Union (per Obama)

President Barack Obama gave his annual State of the Union address on Tuesday (text via White House blog). In it, he offered praise and outlined proposals for technology and education. Among them:

A proposed bill in Oregon would require that high school students take college credits in order to graduate. Is it just me? Or does this make no sense at all?

The OER textbook startup Boundless made headlines last fall when it was sued by a group of textbook publishers for copyright infringement. The startup responded this week to the suit, denying the allegations of infringement and demanding a jury trial.

The Chicago Public Schools released a preliminary list of schools that face possible closure — some 129 schools. More on the controversial decision in the Chicago Tribune.

I’m not a fan of the “X Changes Everything” headlines, and the launch this week of the new open access journal PeerJ sure prompted several. PeerJ boasts an interesting business model — a sliding scale membership plan where you can print a number of journal articles a year — as well as Internet guru (and publisher) Tim O’Reilly as an investor. Not sure that “changes everything,” but there you go — more OA alternatives.

Textbook app-maker Kno unveiled “Advance,” its new publishing platform that promises to turn any PDF into “an interactive e-book in minutes at no cost.”

And because one good textbook app-maker announcement deserves another, Inkling took to the stage at O’Reilly’s Tools of Change publishing conference to tout its Habitat publishing platform and its new (Google) search-engine-optimized features.

Top Hat Monocle, a cellphones-as-clickers company, announced this week that it’s partnering with Pearson, a discount on the Top Hat Monocle subscription, according to Betakit, for students who buy Pearson textbooks.

computerbasedmath.org (CBM) announced this week that Estonia would be the first country to incorporate its math curriculum. CBM was founded by Conrad Wolfram, brother of Stephen Wolfram (the creator of the math software Mathematica and the computational search engine Wolfram Alpha). I haven’t looked at the curriculum yet, so can’t say much other than rewrite a press release: “enthusiasm.” “potential.” “computer-based mathematics.” and such.

Bill Gates held an AMA on Reddit this week. He answered a range of questions, from his disappointments in Microsoft product history to his thoughts on how he was portrayed in Pirates of Silicon Valley — you know, the way important stuff. Two favorite things from the AMA. 1) this Q&A: “Since becoming wealthy, what’s the cheapest thing that gives you the most pleasure?” “Kids. Cheap cheeseburgers. Open Course Ware courses.” and 2) the photo posted at the end of the chat.

Here’s the euphemistic description that The New York Times gave for Snapchat: “A Growing App that Lets You See It, Then You Don’t” — it's a sexting app, folks. An app that promises your messages and photos will disappear after they’re read. An app that’s quite popular with teens. It announced this week that it’s raised $13.5 million. Ka-ching, or something.

Edsurge reports that Macmillan has invested in the Brazilian startups Veduca and Easyaula. The former is an educational video platform; the latter a marketplace for classes.

Congratulations to the winners of the 2013 Google RISE (Roots in Science and Engineering) Awards, including the Level Playing Field Institute, CodeNow, and Girls Who Code.

$89 million will go to New York State schools as part of a settlement with Microsoft (something stemming from a 2006 antitrust lawsuit). The money will go towards technology spending in some 1878 low-income schools, reports the Gotham Schools blog.

The online learning site Lynda.com (which recently raised $103 million in its first round of outside investment) has acquired the European video training company video2brain. See the press release for more details.

Wendy Kopp, CEO and founder of Teach for America, announced this week that she’s stepping down. Her replacements come from within the organization: current President Matt Kramer and Chief Operating Officer Elisa Villanueva Beard will become co-CEOs. Kopp says she’ll retain a seat on the TFA board and will focus her work internationally via another non-profit, Teach For All.

Former Texas House Public Education Chairman Rob Eissler has a new gig: as a lobbyist for Pearson. Pearson has a $468 million, five-year contract with the state to run its standardized tests. Eissler has previously proposed legislation to curb standardized testing, but told the Texas Tribune that “many thought, I think erroneously, that I was against testing, but I was really trying to save it.” So he’s gonna be a great lobbyist, I can tell already.

So much cheering and jeering for MOOCs.

Phil Hill is right when he calls the recent report from Duke University “The Most Thorough Description (to date) of University Experience with MOOC.” The report (PDF) addresses Duke’s creation of a course on the Coursera platform. Among the findings: “Over 600 hours of effort were required to build and deliver the course, including more than 420 hours of effort by the instructor.” “At the time of enrollment, one-third of enrolled students held less than a four year degree, one third held a Bachelors or equivalent, and one-third held an advanced degree.” Read the whole thing.

The Pew Research Center released its latest survey data about Americans’ usage of social networking sites. Some 67% of adults over 18 do use them — well, some 67% say they use Facebook. 16% Twitter, 15% Pinterest.

I have long said that the University of Oregon needs to offer MOOCs in sports marketing. And news this week from the UO Senate Committee on Courses shouldn’t discourage it. Sure, I realize that the committee rejected for credit all the classes that a generous donation to the Knight Law School had subsidized — classes like “Conflict in Sports Teams” and “Football and Conflict” and such. But take a look at the multiple choice test that someone’s posted here and realize: this could be a huge branding opportunity. Go Ducks. Or something.

College students: as you make plans for the Summer of 2013, don’t forget the Google Summer of Code, which will once again offer internship opportunities for students working on open source projects. More details here.

Join the Creative Commons, the Open Knowledge Foundation, and the open science community for an education hackathon on February 23. The goal is to build an open online course, the Introduction to Open Science.

Who Is Eisenhower, Who Is Socrates, and Other Jeopardy Questions

Philosopher Alain de Botton called out Harry Styles, a singer in the teen pop group One Direction, this week. Botton told the London mag Metro that “people such as Harry Styles“ could benefit society by ”[recommending] to everyone they read Proust and Hegel, which would achieve more in five minutes than the Arts Council achieves year in, year out.” So to prove he's all sweetness and light, Styles tweeted out to his 10 million some odd Twitter followers that “Socrates, born in Athens in the 5th century BCE, marks a watershed in Ancient Greek philosophy.” Online learning FTW, I guess.

A reminder as I’m blogging less (because I’m book-writing and speaking and such) that I curate links drawn from all the smart stuff other folks write about education and technology here: News Elsewhere. And a reminder too that this site is ad-free… really… no affiliate links, I promise.