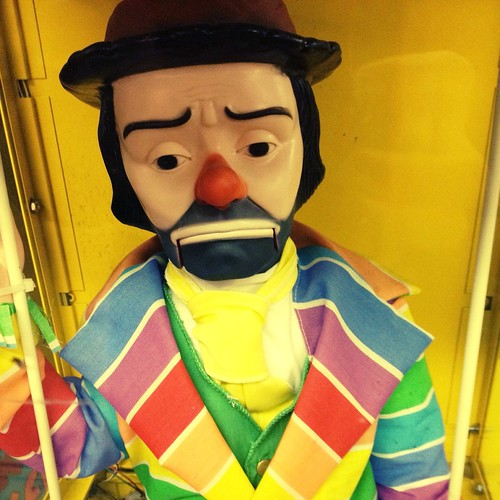 Tanya McDowell, a Connecticut mother accused of fraudulently enrolling her child in a Norwalk school, plead guilty in court this week and was sentenced to 12 years in prison. (She was also charged with drug possession.) McDowell, who was homeless at the time, used a babysitter’s address to enroll her son in school — guilty of parenting while homeless, poor and Black, I guess.

AFT leader Randi Weingarten was arrested this week while demonstrating against the closure of 23 public schools in Philadelphia. The state of education politics in Philly right now is incredibly grim. Have a look at the contract proposals for teachers — pay cuts; benefits cuts; the end to seniority; no more pay increases for continuing education; no more parking spots, teachers’ desks, or water fountains; no more school counselors, and no limits to class sizes.

Edwin Mellen Press said that it will drop the libel lawsuit that it had filed against a university librarian, stemming from a critical blog post he wrote about the publisher. Before we celebrate too much: there is a second lawsuit against the librarian, McMasters University's Dale Askey, based on blog comments. (More details via The Chronicle of Higher Education.)

Last week, I pointed to the news that a piece of legislation in Massachusetts was poised to outlaw data-mining of students’ educational records for commercial purposes. “Sounds like it’s aimed at Google,” I wrote. So no big shock this week when we learned that one of the backers of the law is Microsoft, who’ve been using the “Google reads your email” scare tactic as part of its marketing for a long long time now.

More news in the ongoing legal battle between the textbook startup Boundless and the publishers suing it for copyright infringement. This week, Boundless filed more papers this week, asking the court to dismiss the claims, stating that the startup has revised its product offerings and no longer offers those that the publishers claimed were infringing. (In January, Boundless also sought to have some of the charges against it dismissed.) Inside Higher Ed has a more in-depth look at the case.

In an effort to counter “corporate-style reform,” education historian Diane Ravitch (along with 7 other education leaders) has launched a new education advocacy group called the Network for Public Education. Among its goals: “we will support candidates who oppose high-stakes testing, mass school closures, the privatization of our public schools and the outsourcing of its core functions to for-profit corporations.”

Amplify, the education wing of Rupert Murdoch-owned News Corp, unveiled its new tablet this week, with a price starting at $299 (plus an annual subscription fee). According to the USA Today, “Amplify will give teachers the ability to both monitor and control what students do with the device. Teachers can conduct lessons with an entire class or small group and can instantly see what websites or lesson areas students are visiting. A teacher dashboard allows them to take instant polls, ask kids to ‘raise their hands’ virtually and, if things get out of hand, redirect the entire class with an ‘Eyes on Teacher’ button that instantly pushes the message out to every screen.” Well that just sounds completely god-awful, which might explain why no one from Amplify reached out to me on the news or offered me a demo of the product. (Um, among other reasons, I imagine.)

The Michael & Susan Dell Foundation, which launched a data standards initiative Ed-Fi in 2011, announced this week that it was spinning that off into a subsidiary non-profit, the Ed-Fi Alliance, all in the service of supporting Ed-Fi to become the de-facto data standard (or in the service of “better student outcomes,” I suppose, depending on if you cite the press release).

Google released an update to its Google Course Builder (MOOC) platform. The big change: you can now work on your course in the browser.

Skype announced at SXSWedu that it was making Group Video Calling available to teachers free of charge. (This feature is otherwise only available as a premium add-on to Skype’s VOIP service).

The state of New York says that it will not use Pearson as the provider of the high school GED exam. Instead, it plans to use its own which will be developed by McGraw-Hill. Pearson won the contract to offer the GED (previously offered by the non-profit ACE) and plans to hike the prices (to more than double the current cost) and will also charge students for each time they need to retake it.

The British MOOC platform Futurelearn announced a partnership with the British Council, an organization that works to promote educational opportunities. The announcement was made while officials were visiting the Middle East, much like the announcement about its expansion last month that was made while officials were visiting India. But don’t worry, MOOCs aren’t about colonization and imperialism at all! Right, Thomas Friedman? Oh… wait…

Cornell plans to run a MOOC based on its popular “Six Pretty Good Books: Explorations in Social Science” class. The class will be funded by a grant from Google and will run on the Google Course Builder technology.

The digital portfolio startup Pathbrite announced that it has raised $4 million in funding, in a round of investment led by ACT.

The social networking platform Edmodo has acquired Root–1, a startup that’s been building an adaptive learning technology. This is a big win for Edmodo as the Root–1 team are incredibly smart and have a lot of experience in ed-tech. (Two of Root–1’s co-founders, Manish Kothari and Ketan Kothari, were also co-founders of AlphaSmart.) The Kothari brothers, along with Root–1 co-founders Vibhu Mittal and Adam Stepinski, will all move into key roles in Edmodo’s product, research, and engineering teams.

My new pick for the education startup with the worst name, Scoot & Doodle, announced that it has raised $2.25 million in seed funding from “unnamed Silicon Valley angels” and from Pearson.

Slate Science launched a new iOS app called SlateMath K–1 and announced that it has raised $1.1 million in seed funding.

Dan Cohen, the Director of the Roy Rosenzweig Center for History and New Media at George Mason University, will be stepping down to take on the role as the executive director of the new Digital Public Library of America. The DPLA is an effort to create, just as the name suggests, a large-scale digital public library available to everyone.

Kushal Chakrabarti, the founder of the education micro-student loan startup Vittana, is stepping down from his role as CEO. There are a lot of education startups that talk a good game about making the world a better place. Vittana actually does that. Best of luck, Kushal. You rock.

Rafael Corrales, one of the co-founders of LearnBoost — one of my favorite education startups, in part for its kick-ass technology and design (I chose it as one of the best startups of 2010 when I still wrote for ReadWriteWeb) — is stepping down and joining a VC firm. This news just breaks my heart, and I plan to write more about this later today…

SXSWedu ran this week. (You can read my thoughts on the festival here.) No surprise, there were lots of coordinated project launches and promotions. Among the events, the LaunchEDU startup competition. The winners this year were Clever (one of my picks for the top education startups of 2012) and SpeakingPal.

The Times Higher Education World University rankings have been released. Word on the streets: if you’re not in the top 10, you’re doomed! DOOMED!