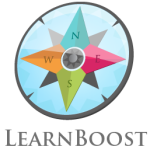 On Loving (and Leaving) LearnBoost

Rafael Corrales, co-founder and CEO of one of my favorite education technology startups, LearnBoost, recently announced that he has stepped down from the helm of the company and has moved on to join a venture capital firm.

I admit: I’m fairly devastated by this news.

I have long been a supporter of LearnBoost, first covering its official launch back in August 2010 when I was still a tech blogger for ReadWriteWeb. There I covered many of the startup’s tech and product updates — including, for example, the development and open-sourcing of its crowdsourced translation interface — even though the editors were always quick to tell me not to cover ed-tech startups. (“Nobody cares, Audrey.”)

Nevertheless, when I was assigned to write the end-of-year story “Top 10 Startups of 2010,” I put LearnBoost on the list alongside other exciting new startups from the year, including Instagram, Flipboard, Quora, Square, and Hipmunk.

I put LearnBoost on the list because, sure, it was an ed-tech startup (Um, hello… people care.). But I wouldn’t have included it if the product and the tech “under the hood” weren’t so damn slick. I put a lot of thought into choosing “the top” startups of any given year; looking back, I stand by the 2010 “top 10 list” — it’s particularly interesting to think about what’s happened to all those on it in the 3 years since.

LearnBoost launched at the beginning of this recent resurgence in ed-tech entrepreneurialism, and in many ways, I thought it encapsulated much of the promise that new ed-tech startups are supposed to hold: great technology, great product, great team, grassroots adoption, freemium pricing, and so on.

To me, Corrales’ departure now serves to highlight some of the serious tensions, if not grave problems, that this new “ed-tech ecosystem” is facing. Indeed, what sort of “ed-tech ecosystem” are we really building here? Will it thrive? Which startups will survive? Whose values does this “ecosystem” reflect?

On VC-Backed Companies and Expectations for Growth: What happens when a startup raises venture capital? What happens when it raises a little bit of capital (e.g. LearnBoost)? What happens when it raises a lot (e.g. Edmodo)? Do the expectations of investors — for growth, for revenue, for a “return on investment” and for the timeline in which that will happen — match the needs of education (particularly public education) (e.g. Coursera)? Are investors looking at the right signals (growth in signups versus, say, intellectual growth of users)? Can venture-backed startups build long-term, sustainable, non-exploitative businesses in education? Or is “the exit” always on the horizon once VCs get involved?

On Business Models and Marketing: Can startups really be “lean” and find success in building for and selling to schools? Can a startup afford to eschew building a giant marketing team? And can education afford an ed-tech industry that cares more about marketing than product? Is the freemium business model, combined with grassroots user adoption, a viable path to sustainable revenue, particularly when startups are up against those enterprise corporations with deep pockets and deep talons — contracts, licenses, and so on — deep into schools and districts?

On Open Source: Can we (please!) foster a resurgence of open source in education? This isn’t simply about schools running their own Linux servers either (although I wouldn’t mind that). It’s about supporting open source development — community development, capacity building, technology tinkering, bug fixing, and most importantly perhaps, transparency. Can education startups be leaders in developing and supporting openly licensed materials (code and content), helping wrest education free from the control of proprietary businesses? Can we please call “bullshit” on those companies that are starting to use “open” as part of their marketing materials but that have no transparency in the development processes, let alone any openly licensed anything? (Saying open source is “on the roadmap” doesn’t mean much to me, particularly if your funders and developers have a long history of being utterly “closed.” e.g. inBloom) Can we raise the bar for the technology that runs “under the hood” of education products? More eyes on the code tends to do that, I would argue.(For what it’s worth, in the years since becoming a tech writer, there’s only been one person who random developers at random tech conferences come up and ask about, then squeal with jealousy when I say I know. And that’s LearnBoost co-founder Guillermo Rauch. And squeal they should. The technology that LearnBoost has built is incredible. And, yup, much of it is open source. Do you know how cool it is that Rauch works in ed-tech?! We need more of this, for crying out loud!)

On User Experience: Why does ed-tech continue to suck?! I look at some of the venture-backed alternatives to LearnBoost, for example, and I am frustrated that users still put up with and that investors still back so much crap. Can we please stop building and adopting tools that require teacher and student training simply because they’re so poorly and counter-intuitively designed?

On Data Portability and Lousy TOS: You can get your data out of LearnBoost: “We believe that schools should have control over their own data, so we allow teachers to download, export, reference, and share (very carefully) their data as they see fit.” Why is this feature — this fundamental feature — still missing on most ed-tech products? Can you get your and/or your students’ data out of the tools you’re using in the classroom? Do you and/or your students control your education data and content? If not, why not? Teachers, do you read the Terms of Service before hitting “I agree” or asking your students to do so? Why isn’t this issue more of a priority in ed-tech? Who benefits from this lack of data portability? Who benefits from onerous terms?

On the Web: Apps. Apps. Apps. Apps. 10 Best Apps for Blah blah blah. 100 Ways to Use Apps blah blah blah. Mostly iOS apps. A few Android apps. But what about the Web? The Web doesn’t require a specific piece of hardware — just a browser (well, “a modern browser” which old versions of Internet Explorer are decidedly not) and an Internet connection. The Web connects resources and users; native apps tend to silo them. In education, shouldn’t we build tools that are open, accessible, and hardware-agnostic? With its technologies (including Socket.io and Mongoose), LearnBoost has moved the Web and HTML5 forward — that’s more than you can say for a lot of big tech companies, let alone many ed-tech ones.

On Modularity: Do we really want giant, bloated, proprietary software systems in education? Do we want one corporation to handle all aspects of content (e.g. textbooks), assessments, analytics, and data management? That’s certainly Pearson’s plan. That’s certainly News Corp’s. Or do we want simpler and more modular building blocks, so we can assemble our own set of classroom tools — the ones that work best for individual schools’ and teachers’ and students’ needs? How can we do more to demand interoperability and resist vendor lock-in?

On Community and Media: Who is asking these questions in the (education) technology press? What sorts of startups get their marketing messages published there? What stories, whose stories are getting told? What sorts of initiatives are being built to support ed-tech entrepreneurship, to build bridges between educators and engineers, and/or to build capacity among educators themselves so that we needn’t outsource everything technical to “industry”? Are there community efforts? Who’s leading them? To what end? What happens to insiders? What happens to outsiders in this ed-tech startup ecosystem? (What happens if you piss off the Powerful People in Silicon Valley?)

This Is Not An Ed-Tech Startup Obituary

It’s an open secret that publications like The New York Times prepare in advance certain people’s obituaries, sometimes having them pre-written years prior to their actual deaths. (The newspaper estimates that it has about 1500 obits “in the can.”) We all die, so there’s an inevitability, I suppose, that makes this process “work” for mainstream journalism.

On one hand, the future for ed-tech startups is a lot less certain; on the other hand, as you'll often hear folks say, “the vast majority of startups will fail.” So die they will. I have a feeling that we might be on the cusp of seeing a lot of ed-tech startups hit the deadpool, but even so I couldn’t imagine pre-writing today the obituary for any of them — be that ending an acquisition, IPO, or closure. Certainly the resignation of Corrales isn't the story I'd have pre-written for LearnBoost.

Just to be clear, this post isn’t an obituary for education startups. It certainly isn’t an obituary for LearnBoost. The company isn’t closing its doors and it remains in the capable hands of two of its co-founders — Thianh Lu and Guillermo Rauch — two of the smartest tech and product design folks I know.

But if we can’t (or shouldn't) pre-write the ending for this recent explosion in ed-tech entrepreneurship, I think we should take a hard look at the ed-tech ecosystem and gauge its health today — not just in terms of bubbles bursting and potential investor losses, not just in terms of the birth and death of startups, but frankly in terms of some of the disease that I fear is being cultivated therein. We have to start thinking seriously about what sort of ed-tech (and by extension, of course, education) we want -- and then we have to start demanding it and building it and supporting those who do so. Otherwise, as I tweeted in shock and frustration when I read Corrales' resignation post, we're not going to have nice things.