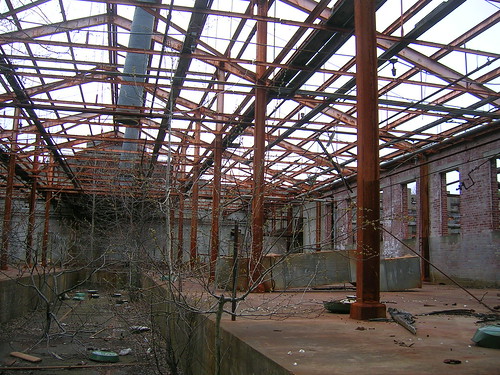 Legislation was introduced in the California Senate this week that, if passed, could drastically reshape public higher education as we know it. SB520, authored by President Pro Tem Darrell Steinberg, will require the state’s public colleges and universities to accept credit for certain online classes if a student is unable to get into the class on-campus. The state will identify some 50 introductory classes, available from any online provider, including unaccredited ones. While the proposal is being hailed in some quarters as making higher education more accessible, it’s hard not to see this being a dangerous spiral, where for-profit providers (Straighterline, Coursera, Udacity, etc etc etc etc) lobby the state legislature to limit higher education funding. See e-Literate for the most complete coverage on the bill.

Thank you for your military service, soldiers. Here’s how, thanks to sequestration, our federal government thanks you: by suspending the Tuition Assistance Program. During the 2012 fiscal year, it provided $475 million to soldiers. Soldiers currently enrolled in classes will not be effected; but no one will be able to use the financial support to enroll in future education.

The New York Times reports that Senator John D. Rockefeller IV (D-WV), chair of the Senate Commerce Committee, wants to expand E-Rate, the federal program that subsidizes Internet connections for schools and libraries. Staff say that Rockefeller would like the program to expand by an additional $5 billion, and “be used to create one-gigabit connections to every school in America — a speed that is 60 to 100 times faster than most schools or homes now receive — and wireless connections in every school building.”

As it’s been for a while now, the big education news of the week is MOOC news — the proposed legislation in California that sure seems a boon to the MOOC providers (who apparently saw a draft of the legislation before even the chair of the state Senate Education Committee did).

The online education startup Coursera is revamping its forums. This will include a number of usability changes — good news considering how much Coursera courses rely on this very old format of online “discussion.”

edX is moving forward with its promise to open source its MOOC platform, releasing the XBlock SDK under the general public under the Affero GPL open source license. (The code is on GitHub.) XBlock provides part of the architecture for edX classes, so that their various components — text, video, etc — can be assembled via APIs.

Mozilla released version 1.0 of its Open Badges infrastructure this week. The project, which has been in beta since Fall 2011, has involved building the open source technology framework for a digital recognition (“badging”) system, one that would recognize formal and informal education skills and achievements.

Open education leader David Wiley announced the launch of his new startup this week. Lumen Learning hopes to be the “Red Hat for OER,” that is offering services and support to help institutions looking to utilize openly licensed educational materials. More on the launch via The Chronicle of Higher Education.

The interactive whiteboard app ShowMe has added a new feature: groups. This will allow teachers to create specific groups for their classes, so that students can more easily share the lessons they create with one another.

RSS is crucial to the work I do as an education technology writer, and Google Reader has long been my feedreader of choice. So it was sad news to hear from Google that it’s shuttering the service as of July 1. I’m still looking for a replacement I like, and for those in a similar situation, Bryan Alexander has collected a number of suggestions on his website.

Alleyoop, a college prep startup incubated by Pearson and hailed by Mashable as the “Zynga for Learning,” is closing its doors. (I received an email to that effect this week; no link on the Web to support it. Sorry.) I covered Alleyoop’s launch this time last year, raising questions at the time about what the implications for education startups might be with Pearson playing an active role in funding and incubating them. Well, I guess we know now!

Noodle Education, an education startup founded by Princeton Review founder John Katzman, has acquired Lore, the not-really-an-LMS-LMS startup formerly known as Coursekit. Inside Higher Ed has a good look at what the acquisition might mean for Noodle’s future plans. No details about the finances involved in the transaction. Lore had raised over $6 million in funding from Peter Thiel, Joel Spolsky, David Tisch and others.

The learning management system Desire2Learn has acquired Wiggio, a Boston-based collaboration platform that Techcrunch describes as the “anti-sharepoint” for students.

SchoolRack, an education company founded in 2003 that offers a free tool that lets educators create class websites, has been acquired by Leading Capital SGPS, a private holding company.

This week, the private equity firm Apollo Global Management and the Metropoulos & Company (which owns Pabst Blue Ribbon and Vlasic pickles) acquired Hostess Brands. Why is this education news, you ask? Well, last month Apollo Global Management bought the education section of McGraw-Hill. So textbooks and Twinkies — saved for our future generations. Gee thanks, private equity!

CreativeLIVE, an(other) online education startup, announced this week that it’s raised $8 million in Series A funding from Creative Artists Agency, William Morris Endeavor, CrunchFund and Google Ventures. More on Techcrunch, which was good enough to include a disclosure at the bottom about Mike Arrington’s connection to the blog and the investment.

The Gates Foundation announced new investments into adaptive learning, with 10 $100,000 grants available to colleges that “help them create the partnerships necessary to launch adaptive courses over the next 24 months.”

Rupert Murdoch’s News Corp continues to position itself as a key provider of the new Common Core State Standards’ assessments, winning a contract this week from the Smarter Balanced Assessment Consortium to develop formative assessment PD and lessons for teachers.

The Boston Globe reports that Harvard University secretly searched the emails of several staff members last fall as it sought to identify leaks to the press about a cheating scandal that was making headlines. The staff were not notified of the search, and there have been some questions whether the search violated the faculty policy on electronic privacy.

The online education startup Minerva Project has hired Dr. Stephen M. Kosslyn as its founding dean. Kosslyn has most recently been the director of the Center for Advanced Study in Behavior Sciences at Stanford. More details on Kosslyn and the company on Edsurge.

The Pew Internet & American Life Project released a report on “Teens and Technology 2013.” Among the findings, 78% of teens have a cellphone. 93% say they have a computer at home, and 71% say it’s a device that they share with other family members.

Congratulations to the winners of the annual Education Writers Association’s National Awards for Education Reporting.