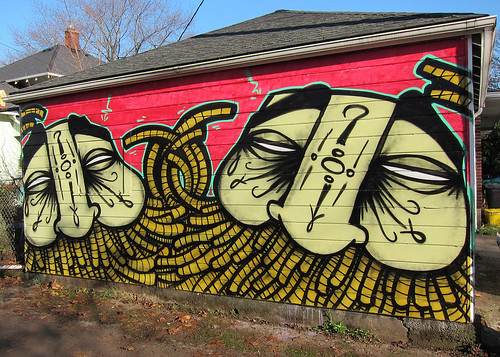 It’s a story I’ve long been meaning to write: “update on edu startups I covered last year.” I’m taking a first stab at it here, prompted by some poking around in the Crunchbase (startup funding) database and by comments on a blog post where I talk about doing so.

I’ve looked through all the blog posts that I wrote when I was at ReadWriteWeb (Spring 2010 - Summer 2011) for mentions of education technology startups, products, and initiatives — about 40 all told.

Obviously this is not a full list of the education technology companies that were founded or funded during this time period (heck, it doesn’t include those that I wrote about here in the early days of Hack Education, a blog that was designed to cover the things I was discouraged from writing about for RWW — namely, um, ed-tech). These 40-some-odd startups, products, and initiatives do not include all the ed-tech related topics I covered for RWW either — things like cellphones in the classroom, web filtering at schools, social media bans, and so on.

And finally, yes, the time frame for this analysis is based solely on the duration of my stint at RWW, for what it’s worth. But that is a time frame that works well with the recent resurgence in ed-tech entrepreneurship, one that is typically dated from around 2009.

Here’s a link to a spreadsheet with the data I’ve gathered. Yup, there are empty fields. In some cases, that means I couldn’t find the data; in all cases, it’s a reminder that “this spreadsheet is a work-in-progress.” Feel free to chime in the comments about what’s wrong or missing or presumptuous.

On ed-tech startups: To be honest, I thought that I’d discover that many of the startups that I covered 3 or so years ago had gone away. Turns out, of the 25 I covered while at ReadWriteWeb (Kno, Grockit, Quora, Mahalo, Inkling, Udemy, StudyBlue, Inigral, Instructure, Schoology, Highlighter, Babbel, Teachstreet, Rocketship, MeeGenius, Internmatch, Open Study, LearnBoost, MiniMonos, DonorsChoose.org, TripLingo, Stencyl, ResearchGate, Neverware, GoodieWords), all are still in business with the exception of Teachstreet, which was acquired by Amazon last year. (Of course, maybe that’s because I chose to write about the “good” ones. Or something.)

The health of those remaining startups, however, isn’t all that clear. 4 have pivoted (Kno moving from tablet to e-book software, Grockit moving from test-prep to Learnist, for example). 6 CEO/co-founders have stepped down and/or left the company. Not all have recognizable revenue streams. The startups have survived, sure, but not all are thriving.

It’s hard to say who’s doing the best out of this group — I haven’t seen these companies’ balance sheets. And I’m pretty skeptical that that would really tell us what’s “the best” in and for education.

On legacy (ed-)tech: It’s worth noting, particularly in light of all the hoopla about “ed-tech revolutions” (in products and in sales cycles and so on): the continuity and sustainability of ed-tech products introduced by older, more established tech companies. Lego’s Mindstorms lives on, for example. So does Microsoft’s Imagine Cup (its college-level coding contest) and its educational productivity suite (although it’s since been rebranded from [email protected] to Office 365 for Education). All (9) companies and products still exist — except those provided by Google.

I covered 8 of Google’s education products and programs while at RWW. 7 are still around. One of my last stories while at RWW hinted at the precariousness of the Android App Inventor project. Sure enough, less than a month after I left the publication, Google quietly shut down App Inventor, eventually handing the code over to MIT.

I realize some of these comparisons are apples-to-oranges. But it’s still worth asking: which ed-tech products have been the best bet for for schools, for students, for teachers (and, of course, for entrepreneurs and investors)? Which will be in the future?

On university-built ed-tech: According to my limited sample of data, there’s an interesting answer — one that might run counter to plenty of mainstream (ed-)tech narratives that posit that schools are boring and broken and that the tech industry is here to innovate and fix stuff. Whereas both startups and big companies have pivoted, stuttered and shuttered their edu initiatives, 100% of the university-sponsored ed-tech products I covered while at RWW are still up and running. Okay, okay, it’s a tiny sample size, sure: Zotero, Omeka (both from George Mason University), MIT OpenCourseWare, and the Digital Public Library of America (which, okay, is a university- and public library and government organization-sponsored initiative — but you get my point). Up and running and under active development.

Are the successes of these efforts a matter of open source and openly licensed content? Administrative and professorial and developer support and affinity? A matter of edu expertise? Strong product-user fit? Smart resource allocation? Is there something to be said about developing an education product outside the market?

How does the funding and resource allocation for all of these products — startups', enterprise companies', universities' — compare? What other metrics should we look at?

I’ve had quite a bit of interest from readers about building out a database that can better address questions of ed-tech's business models, revenues, learning outcomes, viability, alignment, and so on. I’ve got a lot on my plate right now (um, I’m writing a book, remember?), but I’m going to see how I can continue to move this project forward — refine and open the data. I’d love to hear your thoughts…