What Impact Have MOOCs Had on Open Courseware? 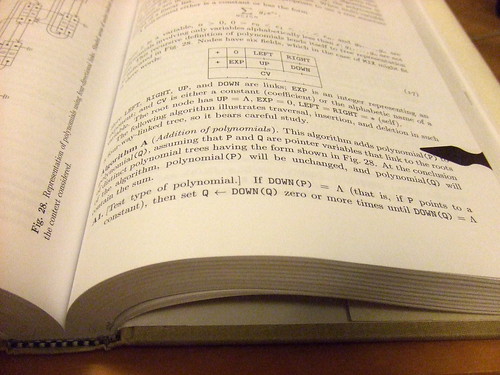 “What has the impact been of MOOCs on MIT OCW usage?” Matthew Rascoff (@mzrascoff) tweeted earlier this week. It’s a great question.

It doesn’t have to be an either/or situation, of course. It’s not necessarily a matter of MIT Open Courseware or MOOCs winning the future of education. (It’s worth pointing out, perhaps, that within the institution of MIT, MIT OCW and MITx (now edX) have always been separate initiatives.) But then too, this is not just a matter for MIT, whose open education practices are well established — over a decade old.

For other institutions, this might appear to be a choice: either open education or MOOCs. That’s part of the concern that (NITLE]’s Bryan Alexander articulates when he says that “All of the issues around creating or using OER, of getting faculty towards supporting open access, of implementing inter-institutional open source software communities – all collapse before the MOOC.” Rather than pursue policies and practices that would lead to establishing open access, open educational resources, open source, many administrators simply want to pursue MOOCs.

For MIT Open Courseware, the pursuit of MOOCs — by MIT and by higher education at large — seems to have boosted usage. That’s the response by MIT Open Courseware’s spokesperson Steve Carson to Rascoff’s tweet, at least. The site has seen “record levels of traffic” since the MOOC craze began: 22.3 million visitors in 2012, up 25% over 2011.

Other open education initiatives, such as the online study group Open Study, also report growing numbers. According to its CEO Preetha Ram, “Over 9 million people visited OpenStudy last year, generating over 25 million page views. They came from 160 countries to learn from each other, to hang out, and to help one another. Our partnerships have grown to include corporate and MOOC providers.” One of Open Study’s partners has long been MIT Open Courseware, in fact, and the two — along with Peer2Peer University and Codecademy — have offered a “Mechanical MOOC,” an introduction to Python based on open resources and open study groups (and a good old fashioned email list serve). More evidence, it would seem, that the choice here isn’t between MOOCs or open education.

But that’s not the only signal that points to this. Indeed as Mike Caulfield has argued, xMOOCs (along with textbooks) seem likely to become courseware themselves:

The end result of this is not necessarily massive classes. It’s broadly used courseware — software that provides much of the skeleton of standard classes the way publisher texts do today. In other words, the best way to think of a MOOC isn’t really as a class brought to your doorstep — it’s more a textbook with ambitions.

There’s still plenty to question here about the “ambitions” of xMOOCs (MOOC providers in particular) and how these might support or undermine the efforts of those who’ve long worked in open education — a tension that reflects, no doubt, the struggles around (and sloppiness over) our usage of and intentions for that adjective “open.”

What happens to open courseware, what happens to OER with the hype about MOOCs? If MOOCs do become courseware, how much (if at all) will they rely on OER? Will only institutions like MIT -- those with an institutional history of open source, open education, and so on -- be able to maintain open education initiatives? How important to universities is “openness”? And how important is all this massive hype?