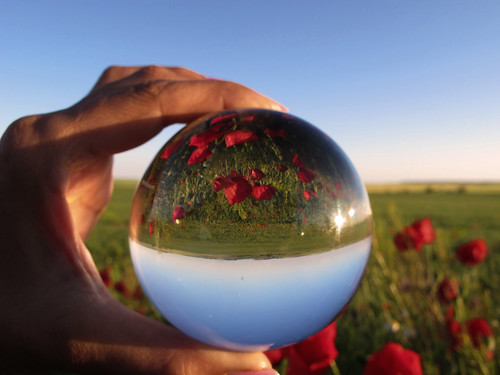 Hundreds of demonstrators took to the streets of Chicago this week to protest the city’s plans to close 53 elementary schools and one high school. Dozens were arrested. African American students account for 90% of those affected by school closings, even though they make up just 42% of the public school student population. For more details, see School Cuts, a website that uses the city’s open data to share more information (including student body demographics) on the schools affected by the impending closures.

The Texas House voted 145–2 to reduce high-stakes testing in the state. Currently students in Texas are required to take 15 high-stakes tests in order to graduate; the new law would only require 5, in algebra, biology, U.S. history and 10th-grade reading and writing.

President Obama signed a bill to fund government operations for the rest of the fiscal year. It will also restore tuition aid for the military and limit NSF funding for political science research.

New Jersey governor Chris Christie announced this week that the state is assuming control of the Camden City School District, pointing to the district’s low graduation rate and students’ poor academic performance. Thanks to Matthew Di Carlo from the Shanker Institute for a clear look at the data: “NJ officials have justified their decision to the public based in large part on the argument that Camden schools are severely ineffective, but their evidence doesn’t really come close to supporting that conclusion.” Maybe there’s a tech CEO that can donate $100 million to the state to help?

HEY! Facebook founder and CEO Mark Zuckerberg is exploring forming a SuperPAC, according to SFGate, that will target a number of issues including immigration and education reform. “Sources say the group is bringing on Jon Lerner, the Republican strategist who founded Maryland-based Red Sea LLC and who is behind the conservative Club for Growth. Joining him will be ultra-conservative GOP consultant Rob Jesmer, a former strategist with Texas Sen. John Cornyn and the National Republican Senatorial Committee.” I’m gonna go reread Zuck’s “The Hacker Way” to see what it says about SuperPACs…

Legislation in North Carolina will force schools tono use digital materials in lieu of printed textbooks by 2017. Schools will be allowed to spend money that’s been allocated for textbooks on technology. But according to the Fayobserver.com, the state has slashed textbook funding in order to balance the budget, and there isn’t any money earmarked for devices. Sounds like a winning plan.

The Department of Justice has reached an agreement with the Meridian Public School District in Mississippi “to end harsh disciplinary practices in which black students face harsher punishment than whites for similar misbehavior. The agreement comes after a lengthy federal investigation that found that black public school students in Meridian are five times more likely than whites to be suspended from classes and often got longer suspensions for comparable misbehavior.”

The U.S. Supreme Court has agreed to take on another affirmative action in higher ed case, stemming from a Michigan referendum that banned public universities in the state from considering race in admissions decisions. (Lower courts have ruled that this was unconstitutional.) The Court is also considering Fisher v. University of Texas at Austin this term.

The Atlanta Journal Constitution reports that Fulton County prosecutors are close to seeking indictments stemming from test-cheating uncovered in the Atlanta Public Schools. “In July 2011, three special investigators found cheating on standardized tests occurred at 44 Atlanta schools and involved 178 educators, including 38 principals.” Lawyers close to the probe say “a large number of people” could be indicted. UPDATE: while I was penning this post, the news crossed the wire. Former Atlanta school Superintendent Beverly Hall has been indicted on 65 counts. She and 34 others have been charged with racketeering.

A proposed bill in Tennessee would cut a family’s welfare benefits by 30% if a child fails a grade. “It’s really just something to try to get parents involved with their kids,” said the bill’s sponsor, state Senator Stacey Campfield, who has no plans to punish affluent families for poor school performance.

The Scholarly Kitchen blog has taken down posts relating to Edwin Mellen Publishers, after receiving legal threats from the company. The posts in question deal with the publisher’s lawsuits against librarian Dale Askey and McMaster University (EMP is suing Askey for libel, based on negative reviews about it.) To make an unfortunate story even odder, some sleuthing has uncovered that the publisher has registered domain names relating to Askey, including DaleAskey.com.

An Idaho high school biology teacher is being investigated by the state’s professional standards commission after complaints from 4 parents that he said “vagina” during a lesson on human reproduction. Apparently the teacher also showed An Inconvenient Truth in class, so clearly he’s a dangerous, science-y sort. .

Dave Winer, podcasting and blogging pioneer and developer of RSS, has a new company, Small Pictures, which released its first product this week: Little Outliner. As the name would suggest, the browser-based tool is great for outlining writing projects.

Google announced a trial that will use white space (that is, unused TV spectrum) to distribute broadband Internet to schools in South Africa.

Kuato Studios has launched an iPad game called Hakitzu that teaches JavaScript. Wired’s GeekMom blog has a review of the game. (iTunes link)

Pearson says that it will allow libraries to purchase and lend Penguin e-books. So thoughtful.

Tinkercad, a browser-based 3D CAD tool (often used in conjunction with 3D printing), is closing down. All academic accounts will be switched to read-only, effective August 31, 2013.

The digital textbook startup Boundless is losing another co-founder, as CTO Aaron White says he’s stepping down from the company. (Another co-founder, Brian Balfour, departed last year.) The third co-founder, CEO Arial Diaz, remains (as does thelawsuit from the publishing industry, charging the startup with copyright infringement.)

Harvard is asking its alumni to donate their time as online mentors and discussion group facilitators on the edX platform. Because, ya know, the adjunctification of higher education wasn’t bad enough; let’s have TAs work for free!

Udacity is piloting Course Pods, “in-person tutorials for online courses” beginning with its Intro to Computer Science class. The Course Pods will meet once a week for an hour.

Google has funded an associate professor in the Indiana University School of Education to develop a new acronym — a BOOC or “Big Open Online Course.” No, I jest. Google has given Professor Daniel Hickey a $50,000 grant to offer a class titled “Assessment Practices, Principles and Policies,” which will use Google’s CourseBuilder platform and be open to 500 students.

The University of Washington will offer its first online-only degree program, reports GeekWire. The Early Childhood and Family Studies degree will launch this fall and will cost students $160 per credit.

Enrollment in California’s community colleges has reached a 20-year low and course offerings a 15-year low, thanks to the slashing of the state’s education budget.

EduKwest’s Kirsten Winkler reports that the language-learning site Babbel has raised $10 million in a Series B round led by Reed Elsevier Ventures with participation of Nokia Growth Partners. (Babbel was in the news last week for its acquisition of the mobile app company PlaySay.)

The private student loan group SoFi announced that it has “secured a $60 million warehouse line from Morgan Stanley.” SoFi connects students to alumni who invest in a pool of loans for their alma mater. According to the SoFi press release, “This announcement comes two weeks after Sallie Mae, the largest U.S. student lender, sold $1.1 billion of securities backed by private student loans, according to the Wall Street Journal. The popularity of this sale demonstrated investor interest in student loan credit.” Wheeeeeee!

Amazon has acquired the social reading site Goodreads. PaidContent’s Laura Hazard Owen interviewed Amazon and Goodreads execs on the deal. So will Amazon get the Goodreads data? Yup — another good reminder that we need to ask “who owns our (education) data?”

The mean base salary for (non-faculty) professionals in higher ed is up 2% from last year, reports Inside Higher Ed. But with a 2.1% rate of inflation, most “lost purchasing power.”

The National Association of State Budget Officers has released a report (funded by the Gates Foundation) on the state of higher ed funding. According to Inside Higher Ed, it confirms that “that the proportion of state spending going to higher education is lower than in the past, and that per-capita spending on higher education has gone down more than similar spending on prisons and Medicaid.”

According to a report from the market research firm Ambient Insight, “the mobile mearning market in Asia is in a boom phase,” with revenues projected to reach $6.8 billion by 2017. The report, which suggests that Asian countries are spending more on mobile learning than on e-learning, will run you $3875, suggesting that the market for white papers is also pretty damn strong.

Although the recent MetLife Survey of the American Teacher found that teachers’ job satisfaction was at a 25-year low, the Gallup-Healthways Well-Being Index said this week that teachers are happy — or at least “teachers ranked above all other professions in answers to questions about whether they ‘smiled or laughed yesterday,’ as well as whether they experienced happiness and enjoyment the day before the survey.”

Take the source with a grain of salt here, but Kaplan Test Prep surveyed students to see if they’d prefer to take the SAT on a computer or via the ol’ No. 2 pencil and paper route. And more than four out of five said they prefer the latter.

ProPublica has published a report investigating the “growing burden of college fees.” Take Auburn University, for example, where mandatory fees “now make up 16 percent of an in-state student’s combined tuition and fee costs.”

The Brookings Institution has published a report on “ed-tech success stories.” The successes: robot-assisted language learning, MOOCs, Minecraft, Computerized Adaptive Testing, and stealth assessments. It’s always great to read the endnotes on things like this and see what think tanks “count” as “research.” In this case, sources where you can learn about ed-tech success include CNET, TIME, PC Gamer, PC Magazine, Forbes, the Minecraft wiki, and Dan Lortie’s book Schoolteacher, published in 1975.