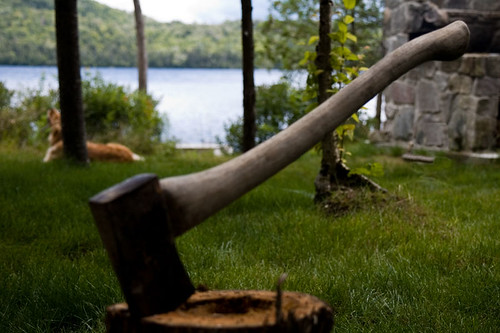 Facebook and the Gates Foundation have teamed up (again) to hold education hackathons at the social networking giant’s Menlo Park and London offices this month. The name of the event: HackEd.

Needless to say, nobody from this similarly named blog was invited. I’m not surprised. I fit into neither the organizations’ agenda(s) nor their guest list of of those “ed-tech advocates, top-shelf technologists, and education experts” working to “solve mission-critical problems in education systems around the world” — if for no other reason than I’m not convinced there’s a Facebook app for that.

Despite the similarities in the names HackEd and Hack Education, I’m not terribly concerned about branding confusion. The differences between us, I'm confident, are fairly obvious. And for me to claim a trademark (now or ever) on those two terms side-by-side would surely run counter to my vision of “hacking education.”

But what do others mean by that phrase?

Indeed, what interests me far more than a Gates Foundation/Facebook-sponsored app-building challenge is the increasing usage of the word “hack” to talk about what folks are planning to do to education: there’s Dale Stephens’ new book Hacking Your Education, for example. Steve Hargadon’s recent tour “Hack Your Education.” DonorsChoose.org’s “Hacking Education” contest from a few years ago. VC Fred Wilson has also written about “hacking education,” and his firm Union Square Ventures has held a conference with the same name. You can “hack your dissertation, “hack schooling,” “hack college,” and, of course, “hack into your school computer network” and change your grades. A headline in PandoDaily yesterday read “Education is a hack, in a good way.”

So what exactly do we mean when we use the word “hack”?

Here’s the blurb on my personal blog that describes my naming of this site and gestures towards a definition:

“To ‘hack’ can mean a lot of things: To break in and break down. To cut to the core. To chop roughly. To be playful and clever. To be mediocre. To solve a problem, but to do so rather inelegantly. To pull systems apart. To ‘MacGyver’ things back together. To re-code. To rebuild. To ‘Hack Education,’ in turn, has multiple interpretations: a technological solution, a technology intrusion, a technological possibility, a technological disaster.”

Is every proposed change to the education system — or even just those changes that involve technology — a “hack”? Does every educational app “hack” how we learn? Is anyone who agitates for change, particularly anyone who uses technology for teaching and learning, a “hacker” (or “hackademic,” or “hacktivist” or what have you)? If so, it does seem likely that, as Chase contends, we’ve purged all meaning from the term.

But it could be too that, in addition to a dilution of meaning, we’re seeing something else: a purposeful appropriation of elements of a subculture — or at least a noun and a verb that describe it — by corporate forces. Let us note, for example, the great irony of Mark Zuckerberg invoking “The Hacker Way” as part of his IPO filing. And today too, Zuckerberg officially announced he has formed SuperPAC with other technology investors and CEOs which will focus on education and immigration reform. Will Facebook's powerful branding message of "hacking education" be there too?

No doubt many of these sorts of projects — and they are political, not merely technological — to “hack education” are intertwined with what Evgeny Morozov calls “technological solutionism” — the notion there's a quick and easy “solution” (a “hack”?) that will make society shinier, more efficient, and ah! more perfect, all while failing to really recognize the messiness of problems and the great value in deliberating about them. And as I recently argued when I reviewed Morozov's latest book, it’s quite easy to see how “solutionism” underlies much of the tech industry’s efforts in education. It’s quite easy to see how “hacking education” easily veers towards "ed-tech solutionism."

Not for me. Not here. I’ll keep the contested slipperiness of the term “hack” (grumbling about it some days, for sure) but I’ll ask questions about the intentions and technologies and power and politics of what that means. And when some folks say they’re “hacking education,” damn, I’ll (yak and) hack right back.