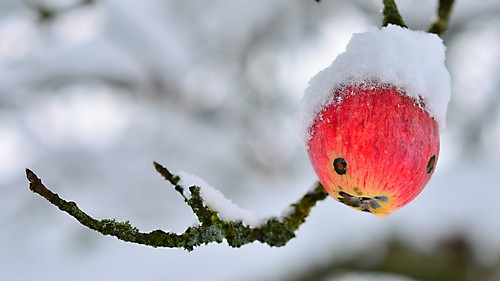 Maine’s Department of Education announced that Hewlett Packard has been awarded the contract for the state’s laptop program, making it the "primary technology and learning solution." Students will begin receiving their Hewlett Packard ProBook 4440s running Windows 8 in the fall (there will be some leeway to purchase others among the five finalists -- and Apple products, both the iPad and the MacBook are on that list -- although the price point of choice). Apple has had the exclusive contract to provide equipment for the state’s one-to-one laptop program since 2002. I guess it’s time to think different, or something.

Minnesota legislators have voted to end high-stakes testing in the state. Rather than tests that are required for graduation, the bill that passed the State Senate this week “switches to a new testing system that is focused on career and college goals,” reports the Star Tribune.

The LA Times reports that the state of California will adopt performance-based funding for its universities and colleges under a proposal that Governor Jerry Brown has drafted. The funding would tie budget increases to certain metrics, including graduation rates.

Florida has approved new online-only degree programs to be offered through the University of Florida. The state, which already offers fully online K–12 education, is the first in the country to offer this via a public university. The courses will, according to Reuters, “cost no more than 75 percent of in-state tuition for regular classes.”

The Guardian reports that Lego will build its first-ever school in Billund, the Danish city where the corporation is headquartered. The school will focus on inquiry-based learning. The school “is just one of a long line of projects in a town of 6,000 people sponsored by the Lego family. The family has also paid for an airport – the second largest in Denmark – and worked with the council to construct a church, community facilities, a library and a theatre.”

The state of Washington has passed and signed into law HB1472, a bill that creates initiatives to “improve and expand computer science education” in the state. In part, the legislation will allow CS to count as a math or science requirement towards high school graduation.

Pearson is being sued in China for stealing trade secrets. Certiport China “claims that Pearson stole its client list under the pretense of an audit and informed customers of the change without prior consent of the other shareholders of Certiport (China).”

Mozilla has released the draft version of its Web Literacy standards. Feedback is welcome.

Lego has announced the release date for its latest Mindstorms kits for classrooms: August 1. (You can read my write-up of The Mindstorms EV3 here.)

The Tin Can API has reached version 1.0. (For more details about the Tin Can API, see my article from last year.)

Online tutoring company Varsity Tutors now accepts Bitcoins, a crypto-based currency. If this sounds appealing to you, heartily recommend some lessons on economics.

EdReach, an education-oriented podcast network, has partnered with Stitcher Radio to distribute the former’s content.

InBloom has clarified the news that the state of Louisiana has pulled out of its pilot program, strangely with a letter posted to a Colorado school district. According to CEO Iwan Streichenberger, Louisiana has “decided to pause their fast-track implementation" in order to have “conversations” and to continue the move away from using Social Security numbers as students’ ID in state records.

The Cooper Union for the Advancement of Science and Art — one of the last tuition-free universities in the US — announced this week that it would charge undergraduates tuition. The university was founded in 1859 with the mission of educating working class New Yorkers at no cost.

Ooops. Bad timing for an outage for digital textbook provider Coursesmart as it experienced a “service interruption” during what was, for many students who took to Twitter to complain, apparently finals week.

Universities from 11 European countries have joined forces to launch the MOOC initiative OpenupEd. It will offer 40 classes, taught in 12 different launches.

Bravo to Mozilla for remixing the meaning of the MOOC acronym — a “Mozilla Open Online Collaboration.” You can join the organization’s MOOC “Teach the Web,” which will help folks learn how to teach digital literacy and webmaking skills and starts May 2.

According to a study conducted by the Instructional Technology Council and released at the recent annual meeting of the American Association of Community Colleges, just 1% of community colleges offer credits or certificates for MOOCs while 44% say they are “beginning to explore options” to do so. More details via Inside Higher Ed.

Pearson has acquired Learning Catalytics, which the press release describes as “an advanced, cloud-based learning analytics and assessment system developed by Eric Mazur, Brian Lukoff, and Gary King of Harvard University.” Mazur popularized the idea of “peer instruction,” and according to The Chronicle of Higher Education, “Learning Catalytics uses data-mining techniques to find the right partners for them, he said. It also provides instructors with real-time information about student learning on a graphical dashboard display. In the last year or so, the start-up company has proved to be very popular, Mr. Mazur said. In fact, it was too popular for just three people to handle.”

The education-focused startup incubator ImagineK12 announced this week that it’s moving to a rolling admissions process, as well as increasing the amount of funding it makes available to participants. In addition to the $14,000-$20,000 that startups currently receive, new companies will be eligible for $80,000 in convertible debt funding.

The for-profit DeVry University announced this week that its third quarter profits were down 15% due to lower enrollments.

The New America Foundation and Education Sector have released a report called State U Online, detailing the history and the future opportunities for public universities moving online.

Research from the Community College Research Center at Columbia University’s Teachers College has found that community college students prefer face-to-face classes over online ones, particularly for ones they think will be difficult, important, or interesting. More details on the study at Inside Higher Ed.

The deadline for entries for this year’s Google Science Fair is Tuesday April 30 (so hurry!).

The Minerva Project, a for-profit university startup, is offering a $500,000 prize — what it dubs a “Nobel Prize for Teaching” — “to a faculty member at any institution in the world who has demonstrated extraordinary, innovative teaching.”

Happy 20th birthday to the Mosaic browser — not the first Web browser, but arguably one that helped popularize the Web. Built at the University of Illinois Urbana-Champaign, it’s a excellent example of the innovations created by public universities.

I lost track of all the faculty this week who announced new jobs and/or promotions, after hearing updates from Mark Sample,Tom Scheinfeldt, Dave Parry, and Jeff McClurken. Bravo to them, and to those I missed.

President Obama honored the Teacher of the Year at the White House this week — Zillah, Washington science teacher Jeff Charbonneau.

Unbelievably ridiculous and awful news from Brian Kelly who posted a picture on his blog this of his redundancy letter, effective end of July. Kelly, along with 23 others at UKOLN (the UK Office for Library and Information Networking), have had their positions eliminated, thanks to budget cuts. UKOLN was established in 1989 and has been a leading force for innovative digital practices. I can't begin to express my thanks for all the hard work of Kelly and his peers have accomplished, nor can I really find the words to say how devastating this loss of expertise will be for open education.

Photo credits: B E R N A, the Noun Project