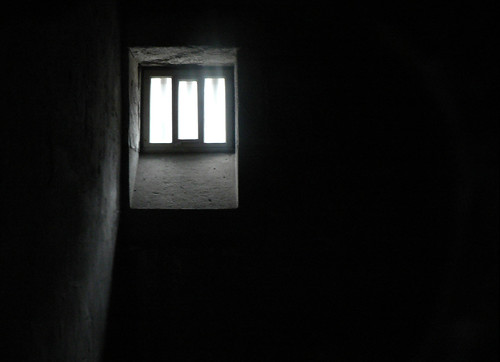 Professors in the philosophy department at San Jose State University penned an open letter to Harvard professor Michael Sandel, famous for his class on “Justice.” ““There is no pedagogical problem in our department that JusticeX [the edX version of the Justice class] solves, nor do we have a shortage of faculty capable of teaching our equivalent course,” they write. “Professors who care about public education should not produce products that will replace professors, dismantle departments and provide a diminished education for students in public universities.”

Coursera launched a set of professional development courses for K–12 teachers this week. I’m struggling to reconcile PD-via-MOOCs with the increasingly popular, local and teacher-driven “edcamps.” But as The Chronicle of Higher Education reports, some of these new courses will be part of Coursera’s Signature Track (the classes that offer special certification for a fee), so I guess that explains a lot of it.

According to a Gallup poll of college presidents, only 3% surveyed believe that MOOCs will improve the learning of all students. 2% said they think MOOCs will solve universities’ financial troubles. More details via Inside Higher Ed, which worked with Gallup on the survey.

MITx announced this week that “Mechanics ReView” will offer eight Continuing Education Units through a collaboration with the American Association of Physics Teachers. The credits will be available at a cost of approximately $250. For more details on the class contents and pedagogies, see the MITOCW announcement.

Lamar Smith (R-TX), the new chair of the House of Representatives science committee, has drafted a bill that would replace peer review at the National Science Foundation (NSF) with a set of funding criteria chosen by Congress. And because the Republican Party hates science and learning and researchers, the bill would also extend the criteria to other agencies. The bill is called the “High Quality Research Act,” because nothing says “high quality” like letting the idiots in Congress decide what scientists should pursue.

The Department of Education announced changes to the FAFSA form, the application students use for college financial aid. For the first time, starting in 2014, students whose parents are unmarried but living together, as well as those whose parents are married gay and lesbian couples, will be able to list both parents when applying for aid. The change is meant to better reflect a student’s financial need by better reflecting the way in which families actually look.

AFT President Randi Weingarten called for a moratorium this week on stakes associated with Common Core State Standards assessments. “I am proposing that states and districts work with educators,” she says, “to develop clear tasks and a clear timeline to put in place the crucial elements of Common Core implementation. And until then, the tests should be decoupled from decisions that could unfairly hurt students, schools and teachers.”

A “parent trigger” bill has failed in the Florida State Senate. Again. The bill purported to give parents more say in the fate of a “struggling school,” allowing them to gather signatures via petition, and then those signers would vote on a turnaround plan for the school.

The Edmonton Public School Board voted to shutter the district’s 40-year-old extracurricular music program due to budget cuts. Some 650 children who participate in the after school Music Enrichment Program will be affected.

The American Civil Liberties Union (ACLU) has filed suit against the California Department of Education, alleging that the CDE is failing to provide students — an estimated 20,000 — learning English with adequate (and legally required) assistance.

A school in Oregon held a surprise “readiness drill” recently, hiring masked gunman to charge into the school and fire blanks. It was an inservice day and no students were present. As if that makes this okay…

Florida high school student Keira Wilmot was arrested and charged with a felony after she caused an explosion in her science class after experimenting with combining toilet cleaner and aluminum foil. Many scientists took to Twitter and confessed all the explosions they’d inadvertently caused — in solidarity with Wilmot and to help make clear that this is how we criminalize Black students in this country and foster a school-to-prison pipeline.

Hooray for computers in schools, right? Well, except when they’re used for standardized testing. And except when the systems used for computer-based standardized testing fail in the middle of exams. Such was the case in Indiana, Kentucky, Minnesota, and Oklahoma where thousands of students have been affected by glitches in the system — postponing tests and likely impacting scores.

Washington State’s Open Course Library has released openly licensed course materials for 39 university courses (it released 42 others a year and a half ago). Along with the release of materials, the state’s student public interest research group says that it’s found that the “The Open Course Library has saved students $5.5 million in textbook costs to date, including $2.9 million during the 2012–2013 academic year alone.”

OpenStax College, a Rice University OER initiative, says it plans to double the number of fields that its open textbooks cover by 2015. More details via Inside Higher Ed.

P2PU announced this week that badges earned on its site are now “OBI compliant,” meaning that they can be pushed into Mozilla’s Open Badges backpack.

The study-group startup Hoot.me has launched a new initiative it’s calling a “MOOD” — a massive open online discussion. It’s a little bit like Quora and a little bit like Reddit’s “Ask Me Anything.” The first MOOD is with Bob Metcalfe, co-inventor of Ethernet and a professor at UT Austin.

Curious, a marketplace for online learning videos, launched this week. The site has a number of tools to help instructors make and sell their videos. More details via The New York Times.

Duke University has pulled out of the consortium associated with 2U and its Semester Online initiative. Semester Online, announced late last year, offers small, online, for-credit courses available for enrolled students at the partner universities. Duke’s Arts & Sciences Council voted 16–14 against plans to allow Duke students earn credits this way. More details on the decision via Inside Higher Ed.

Zynga.org (the non-profit wing of “game”-maker Zynga) and NewSchools Venture Fund are joining forces to create a “learning games” accelerator program. On stage at the NSVF annual summit, CEO Marc Pincus says that Zynga has helped farmers learn about farming via Farmville, so I’m betting this new partnership will be profoundly transformative. I mean, all the tech blogs wrote it up to make it sound that way.

As part of its annual summit, NewSchools Venture Fund also announced that it’s struck a deal with the venture capital firm Rethink Education. More details on the “innovative deal” via Edsurge (which has itself received investment from NSVF).

Edukwest reports that ResearchGate, a social network for scientists and researchers, has raised $20 million. The company has not made an official announcement about this latest investment.

The Miami-based English learning company Open English has raised $65 million in its Series D funding. (The company has raised $120 million in total.) The company targets Spanish and Portugese speakers in Latin America with online, real-time courses, and it says that the new funding will help it expand to new countries.

Edsurge reports that Whipsmart Learning has raised an “undisclosed six-figure seed round” from an “eclectic chorus of angels.” The startup is building an “adaptive literacy platform focused on non-fiction content (such as news articles) and Common Core-aligned assessments, to be rolled out this June.”

Hires and Fires and HR Changes

Some changes at the Saylor Foundation, a non-profit that builds free online courses: the director Alana M. Harrington is moving to an advisory role, and Louis C. Pugliese, formerly president of Moodlerooms, will join the foundation as an Entrepreneur-in-Residence.

Edsurge reports that Education Elements, a “blended learning” startup, has laid off a “significant portion” of its staff. “While the company employed 45 people a year ago, it’s now down to 23. The majority of last week’s layoffs came from the sales staff.”

Education writer Dana Goldstein chronicles the dismissal of teachers at Crenshaw High School in Los Angeles — namely those who worked at the school-within-a-school there, the Social Justice and Law Academy. The layoffs include “activist teacher” Alex Caputo-Pearl, and “according to Crenshaw sources who have seen a list of dismissed teachers, 21 of the 33 are African American, and 27 have over 10 years of experience. These teachers will be placed into a candidate pool and will be allowed to apply for open positions at other schools. But for educators who have dedicated their careers to improving Crenshaw, and who have deep well-springs of support among parents and students, the dismissals are devastating.”

Pearson hired Harris Interactive to conduct a survey of students about their thoughts on mobile devices and education. Among the findings, 76% of elementary students, 75% of middle school students, 61% of high school students, and 43% of college students said they’d like to use mobile devices more in class. Younger students expressed a greater interest in tablets than older students (not surprising), the latter indicating they prefer laptops.

The Pew Internet & American Life Project released a report on “Parents, Children, Libraries, and Reading” this week. The findings highlight the use and utility of libraries by families — 94% of parents say libraries are important for their children. (Full report PDF)

The Atlantic is fairly pro with the education-related pie-charts. This week’s comes with the click-worthy headline “You’ll Be Shocked by How Many of the World’s Top Students Are American.” “Among OECD nations in 2006, the United States claimed a third of high-performing students in both reading and science, far more than our next closest competitor, Japan. On math, we have a bit less to be proud of – we just claimed 14 percent of the high-performers, compared to 15.2 percent for Japan and 16.2 percent of South Korea.”

It’s time to vote in Google’s annual Doodle 4 Google competition. Some 130,000 entries were received by Google, and it’s picked the 50 state finalists. The winner gets her doodle featured on the Google homepage.