There’s a lot to like about the cellphone recording of 18-year-old Duncanville High School student Jeff Bliss — particularly if you view this as a viral video that demonstrates our desperate need to recognize students’ voice and agency in education.

As Bliss is (apparently) being kicked out of class (for an infraction that the video never makes clear), he delivers a passionate speech about teaching, learning, care, and connection, all of which he juxtaposes to the “packets” and passivity of the classroom and his teacher.

You can only glimpse a few seconds of her in the 87 second video. But there she sits, walled off from her students, behind a fortress of a desk. She doesn’t stand up to dismiss Bliss from class, although the dismissal of him and his viewpoint can be heard in her voice. “Bye,” she repeats wearily. “Just go.”

On her desk sits a computer, a monitor, a printer, textbooks. On the students’ desks, nothing. No books. No “packets.” No projects. Just a few kids on their cellphones, with one apparently savvy enough to hit the “record” button just as Bliss erupts. The video portrays an intellectually empty space — no indication of learning or engagement.

No surprise, the video struck a nerve. An early copy posted to YouTube has over 2 million views. Another posted to WorldStarHipHop has over a million.

The Myth of the Viral Video

It’s striking that our discussions of viral videos and Internet memes are often presented in the passive voice, as in “That Psy video went viral.” The subtle suggestion of this sentence construction is that these are naturally-occurring phenomenon — without subjects of sentences, without human orchestration. Stories, videos, animated GIFs are replicated on their accord — something akin perhaps to TED’s motto “ideas worth spreading.”

And yes, of course, people spread those TED ideas (just like people watched and shared “Gangnam Style” and the Jeff Bliss videos). But let's not forget, TED events are attended by a certain demographic and the organization is a powerful media entity in its own right, actively promoting certain ideas and certain videos over others. The ideas are TED ideas; TED spreads.

And such it is with the vast majority of the videos and messages that quickly propagate online — that “go viral.” It takes a lot of clicking effort for a video to rise above “the noise” of other online content and become so meme-ishly popular and widely shared. According to the latest statistics, some 72 hours of video are upload to YouTube every minute. Most — obviously — do not “go viral.” Those that do — like certain TED videos — tend to have major media promotion. It isn't simply that they "strike a chord." Viral videos have often been designed at the outset to be “worth spreading” and are spread in turn by those who have (financial, political — vested) interests in promoting the message.

That’s even the case with the stories and videos that appear to be the most “grassroots,” as Kevin Ashton highlights in a fascinating story tracing the popularity of the video hit “Harlem Shake.” As Ashton argues, that trend “had nothing to do with community and everything to do with commerce.”

Now Jeff Bliss certainly invokes a populism in his videotaped speech, his subsequent media appearances, his newly created Twitter feed and Facebook page. But is this “viral video” really a “popular uprising”? (Or put another way, whose "popular uprising" is this?)

The Forensics of a Viral Video

The cellphone video of Jeff Bliss was, by his admission and other media reports, filmed on Monday, May 6. Bliss claims he was not aware of the recording but was shown it by a classmate on Wednesday, the day the video was uploaded to the Web. Bliss told the Dallas Morning News that “When a classmate showed it to him, he figured it would go viral. In his school.”

What happened next isn’t clear. (This is the best of my Web forensics here.) Well, except the "it went viral" beyond Bliss's school part...

Someone — it’s not clear who — uploaded the original cellphone video to YouTube. But that original YouTube copy was apparently taken down for reasons that are also unclear. (By extension, this probably means the person who recorded the video in Duncanville High School on Monday is not earning any of the ad revenue on its widespread popularity. Keep this in mind when praising "student agency" demonstrated therein.)

Another individual — not the student who filmed Bliss’s rant — James Smith, re-posted the original cellphone video to his YouTube page too. I contacted Smith, asking him if he was a classmate of Bliss or the person who originally captured the footage. He said he was not, but that he wanted to make sure that the original YouTube video, already pulled offline by Wednesday morning, was seen by others. 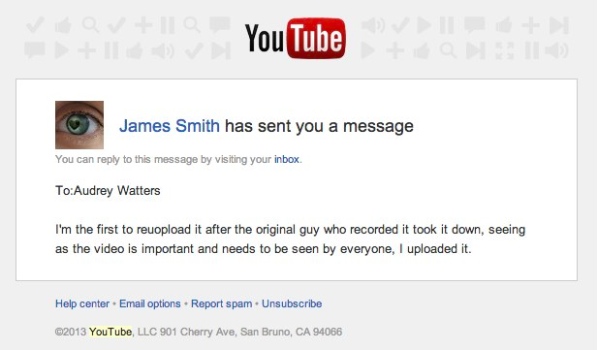 The video was also submitted to the popular content aggregation site WorldStarHipHop, best known for “shock” videos, by user liquidiamondz. WorldStarHipHop posted another copy in turn, watermarked with its own logo, to YouTube.

Smith’s copy of the video on YouTube received millions of videos, but yesterday was taken down due to “copyright claims.” Smith himself pulled the video (that is, YouTube did not yank it following a DMCA claim.) Other duplicates of the original remain, including the WorldStarHipHop and OnlyTheBestVideos13 accounts’ versions. 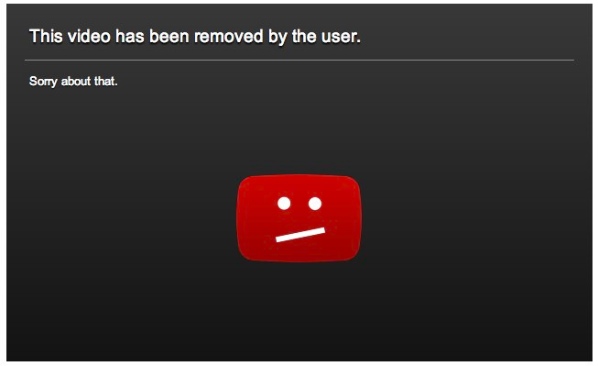 It’s the link to Smith’s copy of the video that seems to have been posted first to Reddit. After personal details about the teacher were posted to Reddit, comments to that thread were disabled, but not before gaining 19,317 up-votes and 3973 comments. (The rapid action on the part of Reddit moderators comes on the heels of the Internet vigilantism on the site after the recent Boston Marathon bombings.)

The first tweets about the video stem from roughly the same time of the post to Reddit (Wednesday, 10:30am PST - lunchtime at Duncanville High School), and these tweets link to Smith’s copy on YouTube.

For his own part, Bliss has only tweeted a link to the WorldStarHipHop version asking former Texas Representative Ron Paul, libertarian talk-show host Adam Kokesh, Louisiana Tech professor Drew McKevitt, and InfoWars.com host Alex Jones (tweet deleted) to view the video there. (YoutubePromoter.com, a site that charges money to guarantee video views, also tweeted the link to the WorldStarHipHop version.)

By Wednesday evening, many other publications and news outlets had picked up the story and embedded the video including Gawker, WFAA, and FOX Dallas-Fort Worth. And by Thursday, the school district had announced the teacher in the video had been placed on administrative leave.

Unlike the story that Kevin Ashton tells about the corporate (record label) forces behind the sudden and scripted popularity of “Harlem Shake,” there is no one clear financier behind or promoter of the Jeff Bliss viral video (that’s not to say there isn’t someone making money off the online videos — such is the nature of pageviews and online advertising — but as noted above, the profiteer is probably not the student who captured the video).

It’s hard not to see that virality in light of a number of powerful political and social narratives about the current state of education — about teachers and students and the system alike: Education is broken. Students are bored. Students are disrepectful. Students have no voice. Teachers are lazy. Teachers’ hands are tied. Teachers are tired and dispirited. No one has any agency. Standardized testing and standardized curriculum — “packets” — have destroyed curiosity and engagement. Without standards, there is no accountability. We should install video cameras in every classroom. We should ban cellphones at school. And so on.

The competing stories, along with the varying interpretations of Bliss's actions — was he heroic? disrepectful? — should probably give us some pause about any assertions we make about the meaning behind the video's popularity.

What sorts of stories hit the front page of Reddit? What are the consequences — not just in pageviews but in people’s lives when they do? What sorts of stories are popular on WorldStarHipHop, a site that charges a range of fees ($2500 for infomercials, $5000 for XXX clips, $850 for videos “dissing popular artists,” etc) to post and promote content there? What are the ideologies of these sites and their members? (For what it’s worth, these two sites do share a young male demographic — 18 to 24-ish — although those visiting the latter tends to be overwhelmingly African-American and are much more likely to access the site from school.)

What sorts of stories resonate there and why? And how do the popular stories on heavily trafficked sites (particularly on Reddit) then spin out elsewhere and get picked up by other media (and social media) outlets and spread further? How? Why? Whose stories?

As I noted at the beginning of this article, “There’s a lot to like about the cellphone recording of 18-year-old high-school student Jeff Bliss if you view this as a viral video that demonstrates our desperate need to recognize students’ voice and agency in education.” It’s just as possible to view this as a video that highlights all the worst stereotypes about the teaching profession too.