The Comments Are Closed 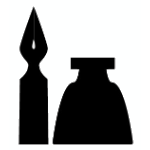 I’ve decided to no longer have comments on this blog. It’s been something I’ve been considering for a while now. Here’s what I wrote on my personal blog back in November as I weighed the decision. I’m copying it at length because my thoughts really haven’t changed much since then:

I’ve been debating lately whether I should ditch the comments on Hack Education. Just the thought makes me wince as it feels as though it’s a move that runs contrary to much of my reasoning for writing online and in this blog format: I want to engage intellectually and openly with others. To remove comments would mute that engagement, sending the signal that I’m not listening only writing.

Comments on the Internet are, of course, notoriously terrible. Exhibit A: YouTube, where even the sweetest of videos can elicit the vilest of responses.

The comments on Hack Education aren’t YouTube-level bad at all, don’t get me wrong. I do get very thoughtful responses to my articles, and these responses in turn help me clarify my own arguments — just as I’d hope they would by being part of a discourse community. Of course, commenters also point out when I’ve made spelling or HTML errors — always nice to know. But some of the posts I’ve written have resulted in some pretty awful comment threads. When I write critically about Khan Academy or Apple, I know I’ll hear an earful — and it isn’t simply an earful of disagreement. The comments get incredibly hostile, the attacks personal.

Often I dread seeing the email notifications from Disqus, the tool I use to host blog comments, informing me that someone has responded to what I’ve written. (This isn’t a fault of Disqus, I should clarify, as I do like how it handles profiles across multiple sites. I’d never use Facebook comments as I think they’re profoundly anti-privacy, unfriendly to teachers and anyone who works at a site where Facebook is blocked, and unsympathetic to anyone who wants to leave an anonymous comment.) If the email from Disqus tells me there’s a comment related to a particularly controversial post, I often delete it without reading it. I don’t visit Hack Education to read it either. And that’s hardly engagement now, is it?

When I mentioned the other day on Twitter that I find the negative comments (and the personal attacks) to be exhausting, someone said I should just write less negative blog posts.


I’ve been blogging for a very, very long time now, and in doing so I have found incredible support online — found myself part of many intellectual, personal, and professional communities. But the “community” — that is, the commenters and my interactions with them — on my early personal blogs was quite different than what exists on most the technology blogs I’ve since worked and written for. More often, it’s not “community” at all.

And as Hack Education has gained a larger readership, the commenters have become more like the latter (like tech sites) than the former. Yet, Hack Education remains my personal (albeit education-focused) blog. It’s just me here. No other staff. No “social media editor.” No “community manager.” That makes the comments — particularly the hostile ones — harder to deal with.

It’s become increasingly clear to me that I am not building any sort of community through the comments on this site. If nothing else, I just don’t have the time (or the stomach) to moderate and respond. And moderation of comments is absolutely necessary.

This makes me sad.

Of course, you can still always send me an email. You can reply when I post a link to on Google+, App.net, LinkedIn, or Facebook. You can talk to me on Twitter (@audreywatters) — frankly, that’s probably your best bet if as I’m most active and “engaged” there. And if you have something more to say than 140-characters (roughly the length of oh so many comments), you can write your own article and post it on your own domain.