The Myth and the Millennialism of "Disruptive Innovation"

Turning and turning in the widening gyre
The falcon cannot hear the falconer;
Things fall apart; the centre cannot hold;
Mere anarchy is loosed upon the world,
The blood-dimmed tide is loosed, and everywhere
The ceremony of innocence is drowned;
The best lack all conviction, while the worst
Are full of passionate intensity.


Surely some revelation is at hand;
Surely the Second Coming is at hand.
The Second Coming! Hardly are those words out
When a vast image out of Spiritus Mundi
Troubles my sight: a waste of desert sand;
A shape with lion body and the head of a man,
A gaze blank and pitiless as the sun,
Is moving its slow thighs, while all about it
Wind shadows of the indignant desert birds.


The darkness drops again but now I know
That twenty centuries of stony sleep
Were vexed to nightmare by a rocking cradle,
And what rough beast, its hour come round at last,
Slouches towards Bethlehem to be born?

The Myth of Disruptive Innovation


Folklorists often balk at the common usage of the word “myth” to mean “lie.” A myth, by their disciplinary definition, is quite the opposite. A myth is a culture’s sacred story. It involves supernatural or supreme beings — gods. It explains origins and destinies. A myth is the Truth.

So when I say then, that “disruptive innovation” is one of the great myths of the contemporary business world, particularly of the tech industry, I don’t mean by “myth” that Clayton Christensen’s explanation of changes to markets and business models and technologies is a falsehood. (I have an MA in Folklore, not an MBA — so that’s part of it, for sure.)

Rather, my assigning “myth” to “disruptive innovation” is meant to highlight the ways in which this narrative has been widely accepted as unassailably true. No doubt (as a Harvard professor) Christensen has faced very little skepticism or criticism about his theory about the transformation of industries— why, it’s as if The Innovator’s Dilemma were some sort of sacred text.

Helping to enhance its mythic status, the storytelling around “disruptive innovation” has taken on another, broader and looser dimension as well, as the term is now frequently invoked in many quarters to mean things quite different from Christensen’s original arguments in The Innovator’s Dilemma. 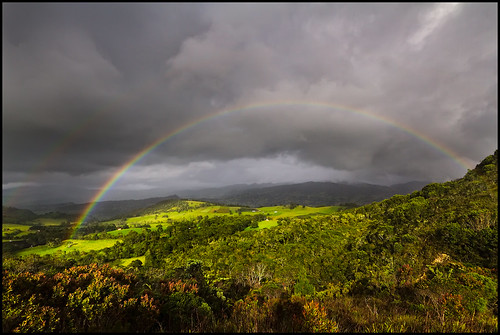 The Millennialism of Disruptive Innovation


The companies above might very well be innovative. — in their technologies and their business models. That’s beside the point if you’re looking for disruption. Per Christensen’s framework, these could also be “sustaining innovations” — that is, products and services that strengthen the position (and the profits) of incumbent organizations.

But that’s not the mythology embraced by the tech industry, which despite its increasing economic and political power, continues to see itself as an upstart not an incumbent.

The structure to this sort of narrative is certainly a well-known and oft-told one in folklore — in tales of both a religious and secular sort. Doom. Suffering. Change. Then paradise.

People seemingly love to believe in the “end of the world as we know it” stories — for reasons that have to do with both the horrors of the now and the heaven of the future. Many cultures (and Silicon Valley is, despite its embrace of science and technology, no different here) tell a story that predicts some sort of cataclysmic event(s) that will bring about a radical cultural (economic, political) transformation and, eventually, some sort of paradise.

The Book of Revelations. “The Hollow Men.” The Mayan Calendar. The Shakers. The Ghost Dance. Nuclear holocaust. Skynet. The Singularity.

I’ll be the first to admit that the data in folklore professor Dan Wojcik’s book The End of the World As We Know It is dated (um, he was my Master’s Thesis advisor, circa 2000); he wrote the book in 1997 — oh! the same year that The Innovator’s Dilemma was originally published! Wojcik’s analysis of a sweeping societal belief in “the end of the world” — was well-timed with the technological anxieties surrounding Y2K, making it is an interesting and contrasting companion to Christensen’s contention that we’ll witness “the end” of certain organizations thanks to technological “innovation.”

I'd argue that despite its staid Harvard Business School origins, Christensen’s “disruptive innovation” story taps into these same powerful narratives about the end-times -- told, as always by the chosen ones (be they Americans, Christians, Shakers, Heaven’s Gate followers, survivalists, Java programmers, or "my generation"). Folks do seem drawn to these millennial stories, particularly when they help frame and justify our religious, moral, economic, political, cultural, social, technological worldview. 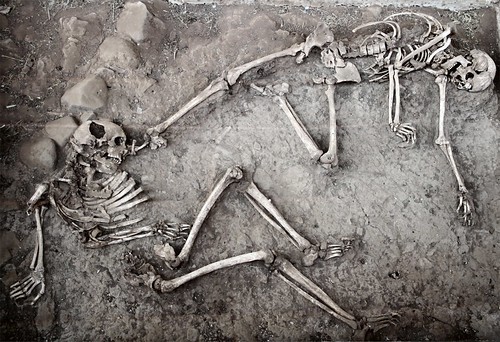 Adjustments to the Disruptive Innovation Eschatology


Here are a couple of (education-related) end-times predictions from Clayton Christensen:

Disruptive innovation will be, as Techcrunch (among other acolytes) is happy to profess, the end of school as we know it.

Such is its inevitability, so the story goes, that new players can enter the education market and, even though their product is of lower quality and appeals to those who are not currently “customers,” oust the incumbent organizations. (Incumbents, in this case, are publicly funded, brick-and-mortar schools.) As Christensen and his co-authors argued in Disrupting Class in 2008, “disruption is a necessary and overdue chapter in our public schools.”

But like many millennialist prophets are wont to do when their end-times predictions don’t quite unfold the way they originally envisioned, Clayton Christensen and his disciples at the Clayton Christensen Institute (which was recently renamed from the Innosight Institute) have just tweaked their forecast about (public) education’s future. 5 years post-Disrupting Class, "disrupting class" will look a bit different, they now say.

This week, the organization released a new white paper, detailing a new path for transformation that winds a new future between the disruptive and sustaining innovations: they call it “hybrid innovations.”

It’s an interesting revision (a refinement, really) of the organization’s predictions in Disrupting Class, the book which first applied “disruptive innovation” to education technology and that argued online learning would be a way to “modularize the system and thereby customize learning.” (In other buzzwords, to “unbundle” and “personalize” education.)

Not so fast, the organization now says. Hybrid innovation. "Blended learning." A little bit online and a little bit offline. And while middle- and high schools (and colleges, although that isn’t the subject of this latest white paper) might offer opportunities for “rampant non-consumption,” -- that is, classically, an opportunity for "disruption" -- “the future of elementary schools at this point is likely to be largely, but not exclusively, a sustaining innovation story for the classroom.” Computer hardware and software and Internet-access in the classroom, as those of us who've been thinking about education technology for decades now keep saying, won't necessarily change "everything." (Go figure.)

Of course, even in Disrupting Class, the predictions of the ed-tech end-times were already oriented towards changing the business practices, not (necessarily) the pedagogy or the learning. And the promise of a thriving education technology eschatology were already muted in Christensen's earliest formulations, by the “restrictions” placed upon the education sector — restrictions by virtue of education being a public and not a private institution, of education not being beholden to market forces quite the same way that the other examples that the mythology of “disruptive innovation” has utilized to explain itself.

“People did not create new disruptive business models in public education, however. Why not? Almost all disruptions take root among non-consumers. In education, there was little opportunity to do that. Public education is set up as a public utility, and state laws mandate attendance for virtually everyone. There was no large, untapped pool of non-consumers that new school models could target.”

Agitating for the End Times

This latest Christensen Institute white paper clarifies then that the future of education isn't necessarily (or utterly or easily) "disrupted." There are limits to the predictions, to the predictive models, to the business school approach to education change and such. There are, for example, lots of non-consumers of learning (a necessary piece of the "disruptive innovation" framework) if you're willing to frame education as something that happens outside the officially-sanctioned, brick-and-mortar institutions. But it's not so easy to woo "non-consumers" if you're really just focused on the market and policy and practices of an otherwise compulsory schooling setting. (And the distintion between "consumers," "non-consumers," "students," and "learners" is important too, although all get lumped into a consumption framework by Christensen.)

Like so many millennialist entities faced with the harsh realities of faltering predictions, the Innosight Institute (now under its new name) offers a new prediction.

But, let's be clear, the organization doesn't just predict the future of education. The Clayton Christensen Institute does not just offer models -- business models -- for the future. It does not simply observe an always changing (education) technology market. It has not simply diagnosed the changes due to technological advancements. It has not simply prophesied or predicted what future outcomes might be.

It's written a best-selling book (or two) about disruptive innovation. It has actively lobbied governments for certain aspects of its agenda (its mythology?), becoming a vocal proponent for its particular vision of a disrupted and innovative future. The Clayton Christensen Institute is a member of ALEC, for example, a corporate lobbying organization whose education initiatives include writing and pushing for legislation that enables the outsourcing of education to for-profit, online education providers and that eases the restrictions of entry to the market of the very virtual schools.*

"Over time," the new white-paper reads, "as the disruptive models of blended learning improve, the new value propositions will be powerful enough to prevail over those of the traditional classroom." And so, according to the Christensen mythology, despite any sort of hesitatation about the hybridity of disruption now, disruption will prevail.

And so, indeed, it is written. And so, it is told.

Note (6/15/2013): I was contacted this week by a spokesperson from the Clayton Christensen Institute saying that "we have never been a member of ALEC" and asking for a correction to that effect in this article. ALEC itself does not publish the list of its members, so I cannot verify information that way. The institute is listed as a member on the ALEC Exposed site. It is also referenced by the public accountability group Little Sis as an education reform group endorsed by ALEC.