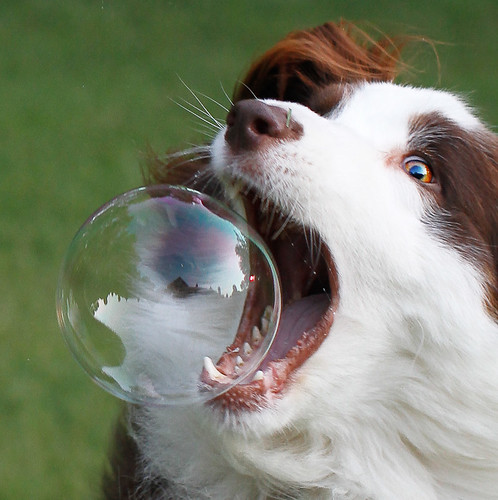 A devastating tornado razed much of Moore, Oklahoma on Monday, killing 24 people, including 7 children who were in the elementary schools that were destroyed. You can donate to the American Red Cross’s Disaster Relief fund here.

The Chicago Public Schools Board of Education — appointees of Mayor Rahm Emanuel — voted to close 49 schools in the city, the biggest single mass closure of schools in the nation’s history. A federal judge has scheduled hearings in July to decide whether to proceed with the closures after the Chicago Teachers Union filed suits alleging racial discrimination and a violation of the Americans with Disabilities Act.

Your mom just closed a school named after him. #cpsclosings RT @common Arriving at one goal is the starting point to another. -John Dewey

The US House of Representatives passed a student loan bill that would stop interest rates from doubling on July 1. Yay. Instead, the bill would tie rates to prevailing market trends. Boo.

The Government Accountability Office (GAO) reports that in the past two school years, 40 states have detected potential cheating on standardized tests. More details in The Washington Post.

NewSchools Venture Fund covers its support for the Growing Excellent Achievement Training Academies for Teachers and Principals (GREAT) Act, introduced in the House and Senate this week. The bill would create new kinds of teacher and principal preparation programs. Similar legislation has been proposed, but has failed to pass, before.

The Wisconsin state legislature has moved to strip the funding stream of the United Council, “the nation’s oldest and most respected statewide student association,” says historian Angus Johnston, who has more details about the move and the politics behind it on his blog.

Pāvels Jurs, a teacher in Latvia, was arrested last week for uploading a scanned copy of a high school history textbook to his website — a website that he created to help poor students have access to educational materials; a book that sells for $4. According to TorrentFreak, Jurs might face up to two years in jail for his crime.

Despite the State Supreme Court decision earlier this month that deemed the funding for Louisiana’s voucher program unconstitutional, the State Superintendent of Education says he’ll “push ahead with a plan to let students take classes from private firms and nonprofits at taxpayers’ expense.” More details via Reuters.

The Boy Scouts of America officially ended its longstanding policy of forbidding openly gay youth to participate in its organization. Gay adults will still be banned from leadership roles.

GigaOm reports that Knewton has partnered with the education publisher Macmillan, offering its adaptive learning platform for adult English-language learners.

According to the Chicago Tribune, Pearson plans to reorganize, focusing more on “emerging markets and digital products.” The education giant will restructure into “three global lines of business — School, Higher Education and Professional, which embraces the Financial Times business — and three geographic market categories - North America, Growth and Core.” Stocks in the company fell with the news, but had climbed again (to $18.60/share) by the end of the week.

58 Harvard professors signed a letter to the Faculty of Arts and Sciences Dean Michael Smith asking for more oversight over the university’s role in edX. The Harvard Crimson has the letter and the story.

The “Mechanical MOOC” — the introduction to Python programming course offered by P2PU, MIT OpenCourseware, Codecademy, and OpenStudy — will run again, beginning June 17. (My write-up on the first version is here.)

The for-profit Capella University has gotten the “OK” from its regional accrediting organization to pilot a competency-based program that would not rely on the credit hour but instead on “direct assessment.”

The last remaining German universities to charge students fees are phasing out the charge. Free university education. Go figure. But hey, what do the Germans know about running a strong economy, right?

Yahoo acquired the popular blogging site Tumblr this week for $1.1 billion. (And cue, perhaps, more “drop out of school and be an entrepreneur!” stories since Tumblr founder quit school at age 14.)

Khan Academy has received a $2.2 million grant from the Leona M. and Harry B. Helmsley Charitable Trust to help it develop “a comprehensive set of online content and tools that are aligned with the grade 4–12 Common Core State Standards (CCSS) for Mathematics.” (I thought "the Queen of Mean" wanted her trust to support her dogs, but I guess I was wrong.)

Neverware, a company that helps schools address the problem of aging computers, has raised $1 million in investment, according to Techcrunch. I covered Neverware and its virtualization solution in ReadWriteWeb back in 2011.

Edxus Group, a new London-based ed-tech company, says it plans on spending “€50–60 million ($64-$77 million) over the next 18 months to develop and acquire European e-learning businesses and build out a single regional player with the scale to compete against U.S. ed-tech giants,” says Techcrunch.

The popular, web-based design tool Tinkercad was shuttered in March, but Autodesk announced this week that it’s acquired and re-opened it.

News Corp’s board has approved the company’s split into two businesses: one entertainment (now 21st Century Fox), one publishing (the new News Corp). The company’s education interests fall into the latter category.

Investment analysis firm CB Insights has released its list of the education sector’s 10 most active corporate acquirers. Topping the list with 12 acquisitions and 3 investments between 2010 and 2013: Pearson. In second place with 7 acquisitions: Blackboard. Viva la ed-tech startup revolution.

A hearty congratulations to David Jakes who’ll be leaving the classroom (sorta) to join the design studio The Third Teacher.

News Corp’s education division Amplify announced its advisory board this week, which will include Facebook VP of mobile engineering Cory Ondrejka and Karen Symms Gallagher, the dean of the USC Rossier School of Education.

The College Board has laid off some 10% of its staff, reports Inside Higher Ed, as part of a “process of shifting priorities, not of retrenchment” according to a statement from the organization.

The Pew Internet and American Life Project released a report this week titled ‘Teens, Social Media and Privacy.” Among the findings, “Teens are sharing more information about themselves on social media sites than they did in the past. For the five different types of personal information that we measured in both 2006 and 2012, each is significantly more likely to be shared by teen social media users in our most recent survey.” Teens’ use of Twitter has grown and while their enthusiasm for Facebook seems to be waning.

According to a report released this week by the Century Foundation, funding for community colleges is on the decline creating a situation that is “separate and unequal.” According to The New York Times article on the report, “in 2009, community colleges spent $9,300 per student on educational resources, virtually unchanged from 1999 once inflation was taken into account. Public research universities spent $16,700, up 11 percent from 1999, and private research universities spent $41,000, an increase of 31 percent.

Inside Higher Ed examines two recent reports that challenge the assertions of Academically Adrift (that is, that students make no meaningful learning gains while in college). “Studies by the Council for Aid to Education show that students taking the Collegiate Learning Assessment made an average gain of 0.73 of a standard deviation in their critical thinking scores, significantly more than that found by the authors of Academically Adrift.”

Education prof Bruce Baker has released his annual report on “America’s most screwed public school districts” — that is, those districts where expenditure per student is less than 95% and the poverty rate for students is more than 50% above average for districts in the same labor market. Illinois and Pennsylvania top the list of states with the greatest share of students attending “screwed” districts.

The National Center for Education Statistics and the Department of Education released “The Condition of Education” report this week, detailing “key indicators” about, yup, the condition of education.

A first peek at this year’s K–12 Horizon Report came in a NMC webinar this week, reports THE Journal. The trends “on the horizon” include cloud and mobile computing, open content, learning analytics, 3D printing, and virtual science labs.

The US Census reports that the fiscal year 2011 marked the first decrease in per student education spending since the agency first started collecting this data back in 1977. States spent on average $10,560 per student, down .4% from 2010.

The Guardian has released a decade’s worth of data about bullying. "On average, every child helpline in the world receives nine contacts from children and young people per day who are suffering the effects of bullying.”

Wisconsin high school student Sabrina Brady is the winner of this year’s Doodle 4 Google contest. Her artwork, “Coming Home” was featured on the Google homepage this week, and Brady also will receive a $30,000 college scholarship.

Happy 100th episode to Kirsten Winkler’s Edukwest. I was honored that she asked me to be a guest on the show where we had a wide-ranging conversation about the past, present, and future of education technology.