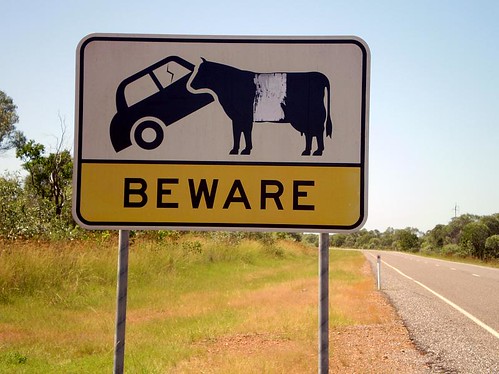 This week, Coursera announced a series of deals with 9 state university systems: the State University of New York, the University of Tennessee system, The Tennessee Board of Regents, the University of Colorado system, the University of Houston system, the University of Kentucky (The Chronicle of Higher Education has a copy of this contract), the University of Nebraska, the University of New Mexico, the University System of Georgia, and West Virginia University. According to its blog, “the partnership with Coursera will give professors the option to experiment with and improve upon the ‘blended learning’ model, which combines online video lectures and content with active, in-person classroom interactions.” Inside Higher Ed offers a lot more details on the deals, arguing that they will “help the company test new business models and teaching methods and potentially put Coursera in competition with some of the ed tech industry’s most established players.” Many education bloggers have chimed in too, noting that this makes Coursera less of a “disruptive innovation” and more of an learning management system, a courseware provider, or an academic publisher. “You can stop worrying about MOOCs now,” says Martin Weller, who says this move shows that the MOOC bubble is already bursting.

Inside Higher Ed has obtained documents regarding the deal between Udacity and Georgia Tech to offer an online CS Master’s Degree. Among the documents are details about plans to staff the program (including the creation of a new personnel category at the university to handle the teaching assistant role) and a faculty report indicating “significant internal disagreements” among those in the College of Computing about the plan, as well as an outline of the university and Udacity’s plans to profit from the venture.

The German business software giant SAP has launched its own “MOOC” and its own “MOOC” platform — Open.SAP.com — to teach its employees about the company. Those who complete 50% of assignments get a “record of achievement.” (Whee!) The student code includes the following priceless tidbit: “I will not make available solutions to weekly assignments and exams in any way to other learners on openSAP.” Viva the “open” revolution!

Colorado’s Supreme Court has ruled in a 4–2 vote that the state’s funding of public schools is constitutional, overturning an earlier decision that had found otherwise. The Denver Post describes the decision as “a stinging defeat Tuesday to plaintiffs who for eight years sought greater and more equitable education funding.”

“Apple was the ‘ringmaster’ in a conspiracy to fix the prices of e-books at rates higher than those charged by Amazon,“ reports Ars Technica, citing documents filed this week in the Department of Justice lawsuit against the company and publishers. The trial is scheduled to start June 3.

Pearson has reached a $75 million settlement for its part in the above-mentioned lawsuit.

Remaking the University examines the changes to California’s SB 520 as it winds its way through committee. The proposed legislation would have required the state’s universities to accept online courses for credit when students were unable to enroll in onsite versions. “Steinberg has shifted his rhetoric from creating the ‘California Online Student Access Platform’ to creating the ‘California Online Student Access Incentive Grant programs.’ Under his new proposal, the state will provide funding to faculty for the purpose of increasing the numbers of lower-division online courses that will allegedly move students move more quickly either within a segment or between segments. The heads of the Systems, ‘in consultation’ with their Senates of course, will disburse incentive grants to individual faculty or groups of faculty.”

Newly announced NYC Mayoral candidate Anthony Weiner has penned an op-ed calling for each student to have “an electronic textbook.” “We would end the horror that every parent feels when they see their child come home with a school library book about the human brain from 1986, or a book on American politics that ends with President Ronald Reagan’s 1984 reelection.” No mention of the horror of social media embarrassments that this brave new digital world might cause, but hey.

Florida’s Polk County Schools have confirmed that they use a “non-invasive iris reader” — that is, eye-scans — for student identification. (This is the same district, incidentally, that recently expelled high school student Kiera Wilmot for causing an explosion in her chemistry class.)

Blackboard launched a new tool called TipTxt that will “give schools a free and confidential way for students to tell school officials via text that they are being bullied or are witnessing bullying.”

The Education Writers Association, Great Schools Partnership, and the Nellie Mae Education Foundation have released The Education Glossary of Education Reform for Journalists, which as the name suggests helps define key terms for the media.

The digital textbook provider Copia unveiled several updates to its e-reading platform, which it says are aimed specifically at the K–12 level. These include integration with dictionaries and the ability to speak out loud highlighted words. The company also announced that it is conducting a pilot with the Los Angeles Unified School District to see if the platform can help engage and support struggling readers.

The state of Kansas has launched a program called Diploma to Degree which will help adults earn their high school diplomas and earn college credits at no cost. The program, a partnership between Lyons USD 405, Pratt Community College, eduKan, and CompuHigh, will offer its courses online.

News Corp’s education division, Amplify, announced “one of the largest K–12 tablet deployments” this week — 21,215 tablets to Guilford County Schools in North Carolina. (More on the politics behind the contract here.) “We aren’t recycling consumer goods for the classroom,” says CEO Joel Klein. Zing! “We are a company that is 100-percent focused on education.” (Then, hey kids, maybe don’t use “impactful” in your press release. It’s nifty marketing-speak, sure, but it’s not a real word.)

Reuters’ Stephanie Simon tales another look at the Gates Foundation-funded education database inBloom and notes that the organization has “stumbled badly since its launch this spring, with officials in several states backing away from the project amid protests from irate parents.”

The New York Times reports that many high school newspapers are struggling to remain “in print,” due to a number of factors including budget cuts, curriculum pressures, and a lack of student readership.

ProPublica is raising money via Kickstarter in order to investigate college internships. Donations will fund a “16-week fall reporting internship, with travel budget, to produce a microsite on the intern economy. It will launch in August.”

NewSchools Venture Fund has updated its K–12 Ed-Tech Market Map with new companies and a new categorization scheme (it’s divided the market into Data, Curricula, Talent Management, and Instructional Systems). The firm also says that it’s handing over the task of tracking the market to one of the companies in its investment portfolio, EdSurge.

Evelynn Hammonds, Dean of Harvard College, will step down as of July 1. While the university positioned the move as Hammonds’ desire to return to research and teaching, the decision comes amidst the controversy stemming from her role in violating staff privacy, searching emails to identify who might be leaking information about a 2012 cheating scandal.

One of the leading scholars in technology and learning, Candace Thille, is moving from Carnegie Mellon University to Stanford. Thille heads the CMU Open Learning Initiative, and it’s not clear how much of the program or its grant funding will move with Thille. More on her relocation west via Inside Higher Ed.

John Dryden, a high school social studies teacher in Batavia, Illinois, has received a “written warning of improper conduct” for informing his students of their Fifth Amendment rights in connection with a survey the school district administered asking them about their drug and alcohol use.

Rutgers hired Julie Hermann as the new director of athletics program, ostensibly to help clean up its image after the university fired basketball coach Mike Rice for abusive behavior and after then-athletic director Tim Pernetti stepped down. But it looks like the search committee for Hermann didn’t do much of a thorough search as Hermann herself has been implicated in in her own coaching abuse and sexual discrimination scandals.

With not-at-all-shocking FUD, the International Publishers Association has issued a paper challenging the quality, sustainability, and public funding of Open Educational Resources. “An over-reliance on OERs will endanger the quality of school level education,” says the paper (which is a wee bit ironic considering an over-reliance on proprietary textbooks hasn’t done us much good either. Just sayin’.)

Although there’s been some talk this week about what we can learn from (lecture) videos, research published in the journal Psychonomic Bulletin and Review suggests that it might just be a perception that we’re learning. “Researchers asked two groups of students to sit through the same lecture delivered in radically different styles. When asked afterward how much they felt they had learned, those who had experienced the more accomplished performance believed they had learned more than the second group. However, when tested, there was little difference found between them, with those attending the “better” lecture barely outperforming their poorly taught peers.”

New York City Schools Chancellor Dennis Walcott announced the winners this week of the city’s “Gap App Challenge,” a contest that aimed to identify software that could “address the achievement gap and help middle school students excel in math.” Winners include KnowRe, Hapara, LiveSchool, and Mathalicious.