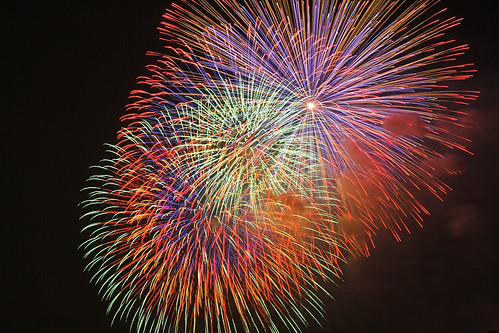 An update to COPPA, the Children’s Online Privacy Protection Act, went into effect July 1. The FTC says that the new language strengthens privacy protections, but as I noted when the update was revealed last year, it certainly reflects lobbying from the technology industry, particularly when it comes to contextual advertising, which sites can use to collect data without parental permission.

A Superior Court judge has ordered well-known school reformer Paul Vallas be removed from office for failing to comply with Connecticut state rules requiring him to take a school leadership course. Vallas, who started as the superintendent of the Bridgeport Schools in 2012, is not qualified for the position, ruled Judge Barbara Bellis.

Oregon is exploring a plan that would reshape how students in the state would pay for college. According to The New York Times, “the Oregon Legislature approved a plan that could allow students to attend state colleges without paying tuition or taking out traditional loans. Instead, they would commit a small percentage of their future incomes to repaying the state; those who earn very little would pay very little.”

Google won an appeal this week, as the Second Circuit Court threw out the ruling by Judge Denny Chin that had allowed the Authors Guild to claim class action status in its suit against Google’s digitization efforts.

Oklahoma’s state Superintendent Janet Barresi announced that the state will not use the tests being developed by the Partnership for Assessment of Readiness for College and Careers (PARCC), one of the new Common Core State Standards testing consortia. Among Barresi’s concerns: schools’ technological readiness for the computer-based assessments. (Oklahoma was one of several states that had major problems with online testing this year.)

In an email to students enrolled in his Finance MOOC being offered on the Coursera platform, Michigan professor Gautam Kaul said that he would not give out the correct answers on assignments. “If this were a one-time class, we would have considered posting answers. It will however be very difficult for us to offer this class again if we have to keep preparing new sets of questions with multiple versions to allow you to attempt each one more than once.” Inside Higher Ed’s Ry Rivard and Colorado State University professor Jonathan Rees also weigh in.

Florida governor Rick Scott has signed into law a bill that would encourage schools in the state to use MOOCs for credit. As Inside Higher Ed explains it, “The bill Scott signed allows MOOCs, under certain conditions, to be used to help teach K–12 students in four subjects and also orders Florida education officials to study and set rules that would allow students who have yet to enroll in college to earn transfer credits by taking MOOCs.”

Google has released the latest version of its MOOC software Course Builder. New features include a WYSIWYG question editor (so you don’t need to use Javascript to build a course).

I’ve refreshed some of the content in the Hack Education Ed-Tech Guide. The site runs on GitHub pages, which means (I hope!) you can easily contribute a resource and/or fork the project.

McGraw-Hill has launched “Common Core Achieve,” which it describes as “the first fully adaptive study program for adult learners who are preparing to take high school equivalency tests.”

Inside Higher Ed reports that Indiana’s statewide two-year college system, Ivy Tech Community College, might have to close up to 20 of its 76 campuses due to funding problems.

According to the San Francisco Chronicle, the City College of San Francisco will lose its accreditation a year from now. The college has some 85,000 students, and it would be the largest school ever to lose accreditation. More details via Inside Higher Ed.

Textbook publisher Cengage Learning has filed for bankruptcy. The New York Times has the Chapter 11 filing for your perusal.

The animation-creation site Xtranormal is closing its doors, discontinuing subscriptions and services as of July 31, 2013.

Online gradebook Engrade has raised $5 million in a Series B round of funding, reports Techcrunch.

A new contender for the education startup with the worst name, Clusterflunk, has raised $100,000 in seed funding.

peerTransfer, a company that facilitates education-related payments for international students, has raised $6.4 million.

Yahoo has acquired Qwiki for around $50 million, reports Techcrunch. Qwiki was once hailed as “the future of education,” allowing users to create storytelling videos.

Publishers Penguin and Random House have completed their merger. The new company will be called Penguin Random House, not – unfortunately – Random Penguin.

According to The Huffington Post, Michelle Rhee’s lobbying group StudentsFirst has missed its fundraising goals. During its 2011–2012 fiscal year, “StudentsFirst raised $28.5 million, more than tripling its $7.6 million fundraising the previous year. During that period, the group’s political 501(c)(4) arm raised $15.6 million and spent $13.4 million. Rhee herself drew a salary of about $300,000.”

Disgraced former CIA director David Petraus is doing a stint as a visiting adjunct faculty member at CUNY this fall, and according to Gawker, the university is paying him $200,000 for a three-hour-a-week gig. “The University is in the process of fundraising for this position,” says CUNY.

The University of New Mexico has concluded that a controversial fat-shaming tweet sent by evolutionary psychology professor Geoffrey Miller in June – that if PhD students “didn’t have the willpower to stop eating carbs” then they “won’t have the willpower to do a dissertation – was not part of a research project as Miller had claimed. The university’s Department of Psychology and College of Arts and Sciences have begun a disciplinary inquiry into Miller’s conduct.

According to a survey conducted by the National School Supply and Equipment Association (NSSEA), public school teachers spent $1.6 billion of their own money on classroom supplies during this school year. The average of those surveyed: $485.

The Pacific Standard examines research recently published in the Canadian Medical Association Journal that finds that “teens who have a classmate die of suicide are more likely to consider taking, or attempt to take, their own lives.”

Purdue University professor Rey Junco appeared on NPR’s Tell Me More to discuss some of his latest research about college students’ usage of social media: “what I found here, is that the power dynamics that we see in education, generally, are replicated online. So these digital inequalities that we see very early on in education, with students from lower socioeconomic statuses and areas being encouraged to use computers differently than their higher socioeconomic status peers, is clearly replicated here on Facebook, as well.”

The PanelPicker is open for SXSWedu 2014. You can submit your session proposals through July 26.

ISTE has released some of the numbers from its recent conference, including lots of details on use of its WiFi infrastructure. (6,825 concurrent devices – up 400 from last year.) Attendance early in the week clocked in around 13,100, with 4,510 exhibitor personnel also present – that’s roughly one vendor for every 3 attendee.

Engineer, inventor and visionary Douglas Engelbart died this week. Engelbart gave “the mother of all demos” in 1968 in which he introduced the mouse, video conferencing, hypertext, hypermedia, revision control, and a collaborative real-time editor.