Hack Education Weekly News: The Death of an Adjunct, The School Revolution, and More 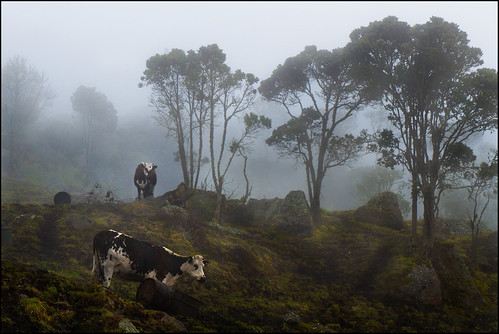 The Death of an Adjunct

“On Sept. 1, Margaret Mary Vojtko, an adjunct professor who had taught French at Duquesne University for 25 years, passed away at the age of 83,” writes Daniel Kovalik. “She had just been let go from her job as a professor at Duquesne, that she was given no severance or retirement benefits, and that the reason she was having trouble taking care of herself was because she was living in extreme poverty.” Shame on Duquesne University. Shame on the whole university system that increasingly relies on adjunct labor. Shame on a country that does not believe in universal health insurance and a living wage for all.

EdX launched a new program, “the XSeries,” that will offer certificates for students who complete a sequence of classes offered on its MOOC platform. The program starts with two series: Foundations of Computer Science and Supply Chain and Logistics Management. These new certificates will require an ID verification program, newly launched from edX too. More details on the courses and the fees in Inside Higher Ed.

The UK MOOC consortium FutureLearn officially opened its doors this week, with 20 upcoming classes on the schedule. There was a bit of furor online about FutureLearn’s Terms of Service, which included an “English-only” provision that, thankfully, has been amended.

All of the courses that make up the first year of Wharton’s MBA program are now available online via Coursera.

The Minerva Project, a for-profit education startup that promises it will offer an “elite” education, revealed its tuition prices this week: $10,000 per year. That figure does not include other expenses like textbooks and room-and-board. That’ll run you about $28,850 per year. Applications for the inaugural class, starting Fall 2014, are due at the end of the year.

Faculty at Penn State objected to a new health plan that requires “nonunion employees, like professors and clerical staff members, to visit their doctors for a checkup, undergo several biometric tests and submit to an extensive online health risk questionnaire that asks, among other questions, whether they have recently had problems with a co-worker, a supervisor or a divorce. If they don’t fill out the form, $100 a month will be deducted from their pay for noncompliance.” The story hit The New York Times; the administration backed down.

The University of Alabama student newspaper investigates sororities and segregation.

The broke-ass University of California system is considering spending between $3.5 million to $6 million to renovate Blake House, the 13K-square-foot mansion once home to UC presidents. Because higher learning.

The faculty union at the University of Oregon has signed its first contract; and among the “wins,” the administration has caved on its its proposals to curb faculty speech. So much happiness in Eugene, particularly as the Ducks football team is 3–0, ranked number 2, and YAY FOOTBALL. THE REAL REASON FOR COLLEGE AMIRITE.

iOS7, the latest version of Apple’s mobile operating system, was released this week. Somewhere out there are the Top 10 Reasons Why This Changes Education Forever. Or something.

Fluencia, a new language-learning site (for Spanish), has just launched. Comparing itself with Rosetta Stone, Fluencia says it costs “$” to the other’s “$$$$$.” How do you say “price transparency failure” is Spanish?

Pearson is partnering with The Community College Preparatory Academy, a charter school for adults that’s just opened in Washington DC. The school will use online classes and services from Pearson.

Pearson has named the participating companies in its newly launched India-based education accelerator program. The cohort of 15 is listed here.

Boston-based education accelator program LearnLaunchX graduated its first cohort of startups. Edsurge covers the Demo Day, where the 7 startups made their pitch to investors.

The Cybersecurity Competition Federation has just been formed, reports The Chronicle of Higher Education, to put (secondary and postsecondary) student cybersecurity hacking competitions under one organization.

The US Department of Education has issued guidelines on how to handle the “double-testing” that might arise from the requirements for NCLB testing along with the new CCSS assessments. According to Education Week, this will give states “the chance to suspend their current tests this spring, as long as they administer field tests being designed by the two common-assessment consortia in math and English/language arts.”

The US Senate’s education committee has started the super-fun-awesome-productive-efficient-no-worries-they’ll-fix-it process of updating the Higher Education Act. Stay tuned.

The Atlanta Journal-Constitution continues its coverage of testing in schools, this time with a (paywalled – boo) article on their many errors. “In a year-long national investigation, the newspaper examined thousands of pages of test-related documents from government agencies — including statistical analyses of questions, correspondence with contractors, internal reports and audits. The examination scrutinized more than 100 testing failures and reviewed statistics on each of nearly 93,000 test questions given to students nationwide. The reporting revealed vulnerabilities at every step of the testing process. It exposed significant cracks in a cornerstone of one of the most sweeping pieces of federal legislation to target American schools: The No Child Left Behind Act of 2001.”

PARCC has put out an RFP for a technology platform to be used to deliver its new Common Core State Standards assessments and build a data management and reporting system for them. Estimated price: $16.5 million and $17.5 million.

The free school-to-home messaging app Remind101 has raised $3.5 million in a Series A round of investment. (Hey David and Brett: What’s your business model?)

Wikibrains has raised $750,000 in funding. More details on the startup in Edsurge.

The online training company Simplilearn has raised $10 million in a Series B round of investment.

Shmoop has taken its first venture capital investment, an undisclosed amount from Fortune 8. Fortune has a closer look.

Marc Sternberg, the NYC Department of Education official in charge of school closures, is leaving the agency to work for the ed-reform bonanza at the Walton Family Foundation. Nothing to see here. Move along…

Jaime Aquino, the instructional chief for the Los Angeles Unified School District, resigned last week, saying that the “school board’s recent efforts to stall key reform initiatives have left him unable to do his job.” More via the Los Angeles Daily News.

Layoffs at Blackboard, reports The Washington Business Journal. The rumored figure of 140 employees let is too high, insists CEO Jay Bhatt. No matter what the final number, this one doesn’t bode well for Blackboard: it now has just 45% of the market share, down 26 points over the past 6 years. Ouch.

The Chronicle of Higher Education writes up the results of a recent Public Agenda survey of employers and community college students which finds pretty tepid support for online education. Among the findings, “community-college students disputed the idea that online courses were more convenient and easier than traditional courses. According to the survey, students said not only were the online classes harder but they learned less.”

The Atlantic looks at research based on UNC pharmacy professor Russell Mumper’s use of the flipped classroom. “In one setting, in one class, over 3 years, student performance improved in a statistically significant way in a flipped classroom model. That’s the news.”

“Students Really Do Learn Stuff on Field Trips.” More details on the research, and a call to reverse the trend of cutting the budgets for field trips, also in The Atlantic.

Congratulations to the winners of the Reclaim Open Learning Innovation Contest: DigiLit Leicester, DS106, FemTechNet, Jaaga Study, and Photography BA Hons and Phonar-Ed. (Disclosure: I was a judge.)

Education history and activist Diane Ravitch’s latest book, Reign of Error, was released this week. My review is here.

Libertarian and former Texas Congressman Ron Paul has a new book on education out this week too. The School Revolution tells women to quit their jobs and homeschool their kids. (He offers a curriculum online.) Kevin Carey's review is here.