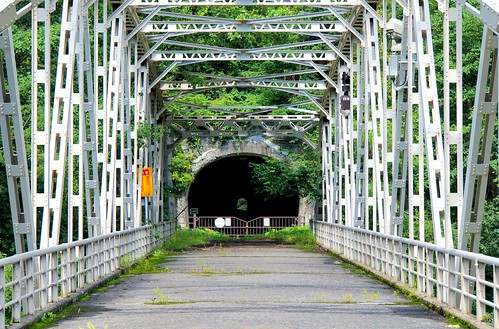 Education and the Federal Government

As of Tuesday: Shutdown.

90% of the 4,225 Department of Education employees have been deemed “non-essential” and furloughed. (Weirdly, 97% of the EPA is “non-essential.” There’ll be no tweets from the department during the shutdown, tweeted @usedgov – the best worst Twitter handle in politics.

Head Start has already been suffering under sequestration that had closed some 57,000 low-income kids out of preschool. Now 23 programs in 11 states face the loss of grant funding due to the shutdown.

The US’s five military service academies have been hit hard by the shutdown, reports Politico’s Libby Nelson, particularly as many classes are taught by civilians who’ve been furloughed. The Merchant Marine Academy has closed entirely. The academies’ football teams will play this weekend as scheduled. Because this is America, dammit.

The shutdown shuttered National Science Foundation’s website, the Library of Congress (and its website), data.gov and research.gov.

Because of the shutdown, the Department of Education’s Office for Civil Rights has suspended its investigations of colleges and universities that have violated Title IX in their handling of sexual violence on campus.

Before closing up shop, on Monday the Department of Education approved Texas’s NCLB waiver, leaving only 5 states who haven’t requested “flexibility.”

And before wrapping up its fiscal year last week, the Department of Education spent $475,000 on office furniture.

Defaults on federal student loans have hit their highest level since 1995.

California governor Jerry Brown signed legislation this week that will end the state’s old, mandated, standardized tests in exchange for new, mandated standardized tests. No comment from the Department of Education, which does not approve of the law and has threatened to withhold federal funds from the state. Oh, the federal shutdown irony.

The Los Angeles Unified School District continues to demonstrate how not to handle a technology implementation. News broke last week that students had “hacked” their school-issued iPads (that is, they’d deleted the profiles that school IT had created for them, thus giving them free range access to the forbidden fruits of Facebook and Pandora). The district, which has been criticized for the poor planning in its billion dollar gift to Apple and Pearson, admits that that 71 iPads went missing during a pilot last spring. It still hasn’t worked out who’ll be responsible for lost or damaged devices. So amidst all the hullaballo, the district now says it’s taking all the iPads that it’s issued back.

Oh. Oops. It looks like the iOS7 upgrade caused admin issues with lots of schools and their iDevices.

Ranku, a search engine for online education, co-founded by Kim Taylor, one of the stars of the Bravo TV show Start-Ups: Silicon Valley, has raised $500,000 in investment from Mark Cuban, investor, basketball team owner and currently a defendant in an insider trading court case. So yeah. Ed-tech startup investment. Fun times.

Textbook rental company Zookal, founded by the former CFO of Chegg, has raised $600,000, according to Edsurge, bringing the startup’s total investment to over $2.1 million.

According to data from Nielsen Book, the number of children who rarely read or do not read at all has increased over the last year. 28% of those under age 17 are occasional or non-readers, up from 20% in 2012.

A study published in the journal Science contends that “after reading literary fiction, as opposed to popular fiction or serious nonfiction, people performed better on tests measuring empathy, social perception and emotional intelligence.” I’m certain this will be used as fuel in all sorts of Common Core debates.

Research by the National Bureau of Economic Research suggests that the ACT’s decision to give students four free score reports, up from three, has helped to increase the number of schools students apply to. And it has also increased the number of low-income students who attended selective colleges. More details on the study here.

Another week, another ranking: this one from Times Higher Education which ranks the world’s top 100 universities. Number one: the California Institute of Technology. (OK. But how's their football team?)

The headline of the company press release: “Pearson’s Quotient® ADHD Test Shown to Detect ‘ADHD Fakers.’” There was a study, time to boast about the results, all for the sake of the children, I’m sure.

Sidney Ribeau has announced that he will resign as president of Howard University.

SFGate reports that one of the finalists for the job of chancellor of the San Francisco City College has withdrawn her name. Honestly, I can’t imagine anyone wanting that job as the school is facing losing its accreditation; but hey, jolly good luck to the 3 remaining candidates for the position, eh?

Here’s a list of the top 8 salaries for the UT Austin. Go team.

Officials at Indiana University are considering whether to rename Ernie Pyle Hall when they merge the IU School of Journalism with other communications and media departments. In the words of Ziggy Marley, “if you don’t know your past, you don’t know your future of journalism.”

An explosion on the campus of UC Berkeley prompted the evacuation of campus. Officials linked the explosion and a power outage to the theft of copper wiring in the school’s electrical system.

The French Ministry of Higher Education says it’s adopting edX’s open source platform to build a “national portal for MOOCs.” It’s 2013 and we’re building portals for courseware and not for space travel. Technology, you disappoint me.

But I guess a couple of universities in France didn’t get the “open source portal” memo. École Normale Supérieure and HEC Paris are joining Coursera.

The Brazilian online education company Veduca has launched what it calls the “world’s first open online MBA.” The online video classes are free, but those wanting a certificate will have to pay a fee and take their exams in-person.

A survey of administrators and professors who’ve taught MOOCs are optimistic about MOOCs. Shocking.

The MOOC Research Initiative has announced the winners of its research grants. Winners will present at “the greatest MOOC conference in the history of MOOCs.” Be there (there being the University of Texas Arlington December 5–6).

The University of Florida will begin offering a slate of new, fully online degree programs in January, on the heels of legislation passed earlier this year mandating it do so. Because nothing says high quality education like developing and implementing Bachelors in just a few short months. I predict the university outsources much of this to Pearson.

And Now for Something Completely Different: Open Education

An update from open education guru David Wiley’s new startup Lumen Learning, which boasts that its OER textbook initiatives across 20 campuses have saved students some $700,000 so far this semester.

That Other “Superstar” Television Teacher

Sunday night was the finale of Breaking Bad, a crime drama about Walter White, a high school chemistry teacher diagnosed with inoperable lung cancer who turns to producing and selling meth in order to financially support his family. See, America? This is what happens when you don’t have socialized medicine and don’t pay teachers enough…