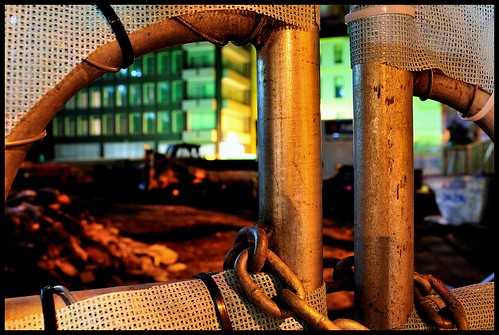 Priorities. The football games are still a go at military service academies this weekend, and even if the government doesn’t reopen, Secretary of Defense Chuck Hagel has decreed they’ll continue through the end of the month.

Some government websites remain offline, but the Library of Congress site is accessible again. So that's good news for some researchers. Things are less promising for mice.

Due to the shutdown, the Department of Education has cancelled the latest round of negotiations on the “gainful employment” rules (that is, tighter standards for some schools who receive federal financial aid).

Head Start has been particularly hard hit from sequestration and now from the shutdown, but former Enron exec John Arnold has contributed $10 million to the program to help keep the lights on.

Education Politics Beyond the Beltway

California governor Jerry Brown has signed into law a bill that would create a two-tier system in the state’s community college system. “High demand” classes – in other words, the ones you need to graduate – will cost more. What a terrible, shameful idea.

Michigan state representative Tim Kelly has introduced a bill that would “prohibit the use of facial recognition technology, biometric scans or eye tracking during testing.”

School bus drivers in Boston walked off the job on Tuesday, with no notice to the city or to schools or, ya know, to parents.

The California attorney general has filed a lawsuit against Corinthian Colleges, “alleging that the for-profit chain targeted low-income students with false and predatory advertising.”

Amazon has acquired math software startup TenMarks. The terms of the deal weren’t announced, but the press release hints that “Together, Amazon and TenMarks intend to develop rich educational content and applications, across multiple platforms.” So look for Common Core-aligned flashcards on your Kindle. Coming soon.

Newsela, a startup that rewrites news articles for different reading levels, has raised a $1.2 million round of seed funding. Investors include NewSchools Venture Fund, Kapor Capital, Kaplan Ventures and Silicon Badia. More on the startup, which certainly is marketing itself to meet the new Common Core standards that push for students to read more “informational texts,” via Edsurge.

Edsurge reports that crowdsourced education site Socratic.org has raised $1.5 million in funding from Spark Capital, Betaworks, Andreessen Horowitz, and others.

Facing a Justice Department investigation into its accreditation deal with Ivy Bridge, Altius Education has sold its name and the majority of its assets to Datamark, reports The Chronicle of Higher Education.

Bloomberg covers the business of Pearson, whose “shares have lagged behind peers since hitting a 12-year high in July as a restructuring at the publisher of everything from textbooks to Tom Clancy’s thrillers failed to convince investors of its digital strategy.” According to the story, “Pearson has been hindered by schools’ reluctance to move online.” Keep up the good work, team!

Ed-reformer and investor Whitney Tilson might've made a pretty penny this week when, as he predicted was bound to happen, K12 stock took a nosedive on word that its enrollment was down.

The Corvallis School District in Oregon will delay its iPad rollout, as it addresses concerns about students being able to bypass security software.

LAUSD is still dealing with the fallout from its iPad fiasco. The school board says they're going to review the project. (Um, didn't they do this before deciding to spend $1 billion on it?!)

Schools in Guilford County, North Carolina are putting their (Amplify) tablet initiative on pause after hardware and safety issues, including overheating chargers and easily broken screens. “Teachers will continue delivering instruction in other formats,” reports a local paper. PHEW!

Mobile game startup MindSnacks has released a new app this week: this one for learning US geography. (iTunes link)

Education AI theorist Roger Schank is making his Goals Based Scenario tool available for free to those interested in building online classes.

Language learning and translation startup Duolingo has launched a “language incubator” that will allow users to add their own lessons and languages. Because no one else is really addressing the demand to “learn Elvish online,” I guess.

I quipped earlier this week that, borrowing from the wisdom of Spock, “only Coursera can go to China.” (The company has partnered with a Chinese Internet company that would allow its customers access to Coursera courses.) But I was wrong to do so. Looks like edX is going to China too. Or at least, its open source platform will be adopted by a consortium of Chinese universities.

Stanford offers a look at the stats on student retention and completion in its “Statistics in Medicine” MOOC.

Class Central, which one of the first sites to catalog the Stanford MOOC efforts – classes, reviews, homework questions, and so on – celebrates its second anniversary with its stats on the MOOC craze.

Not to be left out of the LMSes rebranding themselves as MOOC providers, Desire2Learn now “offers MOOCs within its integrated learning platform, redefining the MOOC model.” Redefining MOOCs indeed.

Harvard Business School is planning to offer online courses, according to Bloomberg. Although it’s calling the iniative HBX, HBS hasn’t yet decided if it’ll use the edX platform or if it’ll even market the classes as MOOCs. Eyeroll.

Faculty at Rutgers have voted to block the university’s plans to partner with Pearson to provide online degree programs. More details via Inside Higher Ed.

JPMorgan Chase plans to give $17 million to start a doctoral program in “finance service analytics” at the University of Delaware, reports Inside Higher Ed. No word if the bank will provide funding for the school to offer a graduate certificate in “mortgage securities fraud.”

Princeton is forming a committee to review the school’s policy on grade “deflation” (that is, its recommended cap on the number of As that can be awarded in classes). More details via The Atlantic, which doesn’t really make it super clear why anyone other than those at Princeton care what grade you get on your report card.

As part of its ongoing investigation into internships, ProPublica highlights this Craigslist ad: a second-year law student seeking an “intern” to help her finish her homework. No pay. But think of the experience!

And speaking of terrible internships, Quartz writes about Foxconn’s internship program with students at China’s Xi’an Institute of Technology. The students work on the assembly line for Sony’s new PS4. But hey, unlike that law student above, Foxconn does pay its interns. Yay?

Usually it’s the international rankings based on PISA (Programme for International Student Assessment) that are bandied about as an indication of how well or poorly countries’ school systems are doing. But now OECD has issued a report (PDF) on PIACC (Programme for the International Assessment of Adult Competencies). Americans didn’t perform so well, ranking near the bottom of participating countries when it comes to math. Public education’s broken. Adulthood is broken. Job training is broken. Government is broken. We're doomed! (Am I doing the leftist despair right, Petrilli?)

The College Board has issued Part 2 of its "Education Pays" report, which makes the case about the advantages of a college education (That is: you make more money. And, yup incidentally, so does the College Board.)

The Kapor Center for Social Impact has released a report (PDF) and a database on CS education programs.

Ah, the anxiety-inducing question “Will I get a job after graduate school?” Andrew Carson has crunched the numbers (for philosophy degrees) here.

Toontastic and MinecraftEdu are teaming up for a contest called Toon Academy: Minecraft, which asks kids to make “how to” toons for teaching each other Minecraft tips. More details here.

No, Malala Yousafzai, the young girl shot by the Taliban for speaking out for education rights, did not win the Nobel Peace Prize today. But she did make an appearance on The Daily Show to promote her new book. Do watch her interview with Jon Stewart. Part 1. Part 2. Part 3.