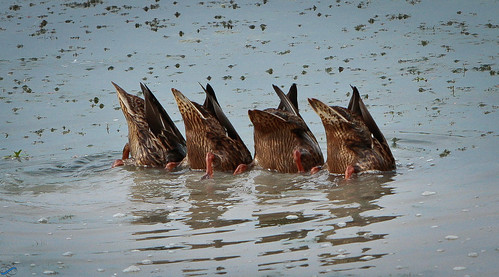 The US government is back open again. Whee. The cost of the shutdown: an estimated $24 billion dollars. You know what else we could have done with that $24 billion? Free public higher education.

The US Supreme Court is again considering an affirmative action case. This time, a Michigan constitutional amendment that prevents the state from considering race in public education, employment, and contracting. Folks are predicting that the court will uphold the state law. More details via Politico, The Chronicle of Higher Education, and Student Activism.

Education Week reports on the $41 million settlement that New York City is paying out to educators in back pay “after they had to work outside of their contractually mandated workdays because of slow school Internet connections and other technical challenges.”

Because Code Year wasn’t enough to teach everybody to code, Code.org – a new non-profit that aims to expand programming education – is launching “the Hour of Code.”

Edsurge covers the opening of Zynga and NewSchools Venture Fund’s new education technology startup accelerator program: “What Can Farmville Teach Educational Game Developers?” How to build cheap products that really ask for little skill other than clicking on things? How to apply Skinnerism to mobile apps? How to track a bunch of data points in order to sell ads or in-game purchases? How to lose a bunch of money after you IPO? So many exciting possibilities.

Introducing qCraft, “a mod that brings the principles of quantum physics to the world of Minecraft.”

George Mason University’s Institute for Humane Studies has launched EDvantage, a free online curriculum hub for educators. It’s 2013, and one of the biggest ed-tech trends this year seems to be content hubs and portals. Good grief. The innovation. It burns.

Coming soon to Khan Academy: a complete Calculus course. Khan Academy is partnering with the prestigious boarding school Phillips Academy to create the course. Tuition at Phillips Academy will run you $47K a year, but hey, now you can learn from the most elite institutions for free!! Hmmm. Where have I heard that argument before?!

The New York Times highlights the problems that the latest version online Common Application has had this fall. Designed to streamline college applications to some 500 schools, the site “has been plagued by numerous malfunctions, alarming students and parents and putting admissions offices weeks behind schedule.”

(A Quiet Week for) MOOC News

Coursera partners with the World Bank.

The German online education startup iversity has launched its first MOOC classes this week. Techcrunch has the details.

Venture Beat reports that the Brazilian startup Izzui has raised $1.4 million “to build its platform, where individuals and brands can create, publish, share, and sell courses on Facebook.”

Gilfus Venture Partners has acquired the e-learning company Adrenna for an undisclosed sum – “part of an ambitious plan to rival learning management system (LMS) powerhouses like Blackboard, Desire2Learn and Instructure.” Gilfus is owned by Stephen Gilfus, one of the co-founders of Blackboard. Learning management systems are, indeed, the undead of education technology, aren’t they.

The results of this year’s Campus Computing Survey are out. Among its findings, the LMS market share by Blackboard has fallen to 41%, “a decline of 30 percentage points in six years.”

Gallup released the results of its recent survey on the public’s perception of online education. The headline for The Chronicle story on the survey: “Traditional Education Beats Online in Key Areas, Opinion Poll Finds.” Inside Higher Ed interprets the survey to indicate the public thinks online education is “at least as good” as offline. Here’s a link to the actual survey. Interpret for yourself.

Educause has released its annual survey which asks some 113,000 undergraduate students about their technology usage. Among the findings: students aren’t interested in badges; students’ computing device ownership continues to grow; and 71% of students have used free or openly licensed educational resources.

Back online after the government shutdown, the NCES has published “Selected Statistics from the Common Core of Data: School Year 2011–12.” View the PDF. (Where’s the machine-readable format, guys?)

According to research from the Southern Education Foundation, “a majority of students in public schools throughout the American South and West are low-income for the first time in at least four decades.”

The National Bureau of Economic Research has released its analysis of IMPACT, DC’s teacher evaluation system. Matthew Di Carlo from the Shanker Institute has a helpful reading of the findings.

The Joan Ganz Cooney Center has released a “Comparative Analysis of National Teacher Surveys” (PDF), that looks at the results from across 5 recent surveys about teaching, tech, and media. One observation made in this analysis: “when asked how technology is beneficial to the students’ learning, there was an emphasis on learning processes and higher-level skills rather than on academic achievement.” In other words, teachers are skeptical that tech will boost test scores, the report argues.

Microsoft has released a study that says one of the most important skills students will need for good jobs: Microsoft Office (#2 behind “oral and written communication skills.”) Rounding out this totally unbiased and forward-thinking list: #19 ethics and #20 Linux. LOL.

“Facebook Eases Privacy Rules for Teenagers,” reads The New York Times headline about the news this week that Facebook will allow teens to post their information on the social network publicly. (Up until now, teens’ posts and photos were restricted to friends.) Alternate headline: “Facebook Expands Its Advertising Base.”

Common Sense Media penned a letter to 16 education technology companies, asking them “to use student data only for educational purposes, and not for marketing products to children or their families.” More details in The New York Times.

The universities of Sunderland and Ulster in the UK have installed biometric monitoring systems on their satellite campuses, fingerprinting the international students (not British ones) to make sure they’re attending lectures.

Lots of talk about big data and learning analytics at Educause this week. Inside Higher Ed takes a look at the University of Kentucky’s hopes to boost student retention with “prescriptive analytics.” Rey Junco examines the potential for textbook analytics. Are there companies offering biometric monitoring systems in the exhibits, anyone?

The textbook startup Zookal has partnered with the drone service Flirtey to deliver students in Australia their textbooks within minutes of ordering them. I hope they stick around and monitor the students while they read their textbooks too – think of the potential for learning analytics, Rey!

“The Terrifying Contact Lenses of the University of Oregon.” Go Ducks.