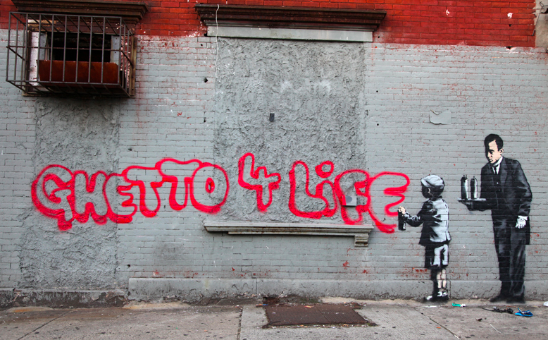 USA Today covers the launch of Chalkbeat, a new non-profit news organization focused on education policy and politics. Chartbeat is the result, in part, of the merger of New York-based GothamSchools and Denver-based EdNews Colorado, and the org is also building out local teams in Tennessee and Indiana.

I don’t bother to write up all the news about LMSes securing contracts with schools, but this one seems noteworthy: after 15 years on Blackboard, Dartmouth is moving to Instructure Canvas.

Khan Academy is “using contractors to review the accuracy of many of its videos and to sort through complaints about specific videos that come through its Web site,” reports The Washington Post. I’m curious: are they just reviewing the content or are they thinking about TPACK? (Trick question.)

The price-tag for LAUSD’s iPad program continues to climb: $770 per tablet.

Coursera turns 2 and celebrates with an infographic.

The Mechanical MOOC launches its latest class, “Play With Your Music” – a collaboration among P2PU, NYU, and the MIT Media Lab.

The Atlantic’s Robinson Meyer writes about edX’s plans to make money on MOOCs. It’s the ol’ “Red Hat for Linux approach,” charging for services to help others implement an open source infrastructure.

The publisher Elsevier says its struck a deal with edX to make its textbook content available to up to 5 of the latter’s MOOCs. “Elsevier will provide textbook content for free online as part of the course materials and will offer a discount to purchase the print or electronic version of the text to those enrolled in the MOOC.” An indication, perhaps, of how publishers will make money on MOOCs.

Congratulations to “Pete Smith,” a pug living in the Battersea Dogs’ Home, who has earned his MBA from the American University of London. For a mere £4,500 (and a completely made-up biography), AUOL sent the dog a degree based on his life/work experience. Maybe Pete should offer a MOOC.

Medical school enrollment has reached an all-time high, according to the Association of American Medical Colleges. But the association notes that without an expansion in residency programs, the increase in the number of students won’t address the shortage of physicians.

Students at the City College, part of the City University of New York, are protesting the closure of the Guillermo Morales/Assata Shakur Student and Community Center, a meeting space within the City College’s North Academic Center. The school says the room will be better used for career services and, with no announcement, went into the community center and removed all its contents – then “just to be safe,” locked down the entire building.

The Army is closing ROTC programs at 13 universities, more than half of them in the South, reports The New York Times.

Math teacher Mike Landsberry was killed this week in a shooting at Sparks Middle School by a student with a semiautomatic weapon. The student also wounded two 12-year-old students before killing himself.

Math teacher Colleen Ritzer was killed by one of her students at Danvers High School.

The Portland Public Schools have hired 39 goats and a llama to maintain the grounds around the district office. (A llama?)

Grambling State University has a proud football tradition. It was home to Eddie G. Robinson, the winningest coach in Division 1 history. But that proud tradition has fallen into utter disrepair – quite literally, prompting the players on the team to refuse to travel to their game last weekend with Jackson State. Sports Illustrated has the story.

The Department of Education has approved the NCLB waiver for Puerto Rico.

I’m sure other things happened in DC. But, good grief, I’m soooo over that town.

UC Davis officer John Pike, infamous for pepperspraying non-violent student protesters in 2011, has been awarded $38,000 “for psychiatric injuries for the way he was treated afterwards.” UC Davis has also settled with the students who were sprayed. They get $30,000 apiece. Because American justice.

The revolving door between the Gates Foundation, NewSchools Venture Fund, and the Department of Education continues, with news this week that NSVF CEO Ted Mitchell will join the DoE, taking over Martha Kanter’s role as undersecretary of education. Others in the department with a history at NSVF: Deputy Secretary Jim Shelton and former Chief of Staff Joanne Weiss. Nothing to see here! Move along!

The LA Times reports that LAUSD superintendent John Deasy has informed the district he plans to resign. Deasy’s been in the spotlight lately with the district’s disastrous iPad rollout. No official letter of resignation yet. Maybe there’s an app for that.

Dorie Turner Nolt, a former AP education reporter, is joining the Department of Education as the new Press Secretary.

Former Ohio State University president Gordon Gee -- a guy who earned almost $2 million a year -- will head a committee investigating “how to curb college costs for the state and for students while improving quality.” Heh. More via Inside Higher Ed.

The Apollo Group (parent of the University of Phoenix) says it will lay off 500 staff, on the heels of news that its enrollments have declined almost 20%. But don't worry. The stock market approved.

“The Decline of Wikipedia” – “The volunteer workforce that built the project’s flagship, the English-language Wikipedia—and must defend it against vandalism, hoaxes, and manipulation—has shrunk by more than a third since 2007 and is still shrinking.”

The school survey startup Panorama Education has raised $4 million from Facebook CEO Mark Zuckerberg’s Startup: Education foundation. “We are using technology to address some of the most difficult problems in education,” the founder Aaron Feuer said in a statement. Sigh.

Securly, a startup that helps schools handle their Web filtering, has raised $1 million in funding.

Academia.edu, a social network of sorts that lets academics share their research, has acquired the similar company Plasmyd.

“OneClass takes $1.6M to apply the Jerry Maguire strategy to college,” says VentureBeat. I don’t even know what that means. Is that a Tom Cruise reference? Weird.

The digital textbook publisher Inkling has acquired the catalogs from Betterbook and Ready, Set, Baby!, which co-founder Matt MacInnis told Techcrunch is “part of his company’s larger strategy to serve audiences beyond professionals and full-time students.”

EDUonGo, a company that describes itself as “enabling anyone to launch an academy and share knowledge,” has raised $530,000 in investment.

The College Board says that the increases in college tuition are slowing – last year’s tuition up just 4.8%, the smallest in over a decade. Yay?

The National Center for Education Statistics released a report this week that finds “that students in 36 states outperformed the international average on math exams given through the Trends in International Mathematics and Science Study, which was administered in 2011 to students in 38 countries and 9 educational systems, like those in states or provinces.” Go Team America.

According to the National Center for Homeless Education, a record 1.1 million homeless students enrolled in preschools and K–12 schools in the US during the 2011–12 school year – up a 10% from the previous school year. Go Team America.

The preliminary results of a study at Harvey Mudd College were reported with the headline “Flipped classrooms’ may not have any impact on learning.” Phil Hill and Rolin Moe respond with eyerolls.

The LMS Instructure has launched a new grant program, offering $100,000 in funding “to spur technological innovation from within the educational system.” (Disclosure: I’m one of the panelists who’ll be reviewing grant proposals.)

The online Emily Dickinson Archive is live, but as The Guardian notes, the feud over the poet’s legacy has played out in shaping the online site. “On one side sits Harvard’s Houghton Library with its collection of manuscripts once owned by Susan Dickinson, Emily’s confidante and the wife of her brother, Austin. On the other is the library at Amherst College with the papers which Austin’s mistress, Mabel Loomis Todd, used to make the first published collection of Dickinson’s poems after her death in 1886.” Drama!