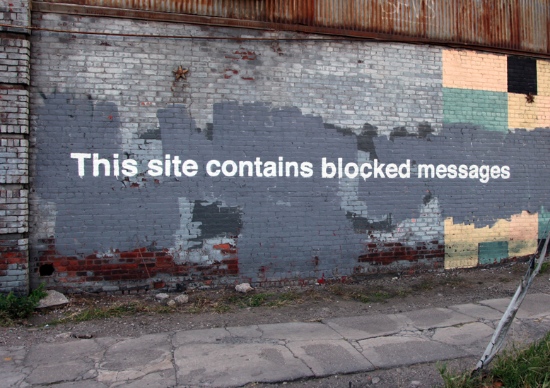 Coursera launches “learning hubs,” physical spaces where people can access the Internet in order to take a MOOC. Partners in the effort include the US State Department, the Bluebells School International and Lady Shri Ram College for Women, Digital October, Overcoming Faith Academy Kenya, Learning Links Foundation, TAPtheTECH, and LEARN. TT and the University of Trinidad and Tobago.

The optimal video length is 6 minutes or less, according to researchers at edX. Here’s hoping that J. J. Abrams keeps this in mind for the new Star Wars movie.

How do you make a free-range learning MOOC? P2PU shares what it’s learned building its Mechanical MOOC.

OERu officially launches today. The UNESCO project will allow students to take courses based on OER and then pay a fee to have them accepted for credit by the 30 universities participating in the OERu consortium.

News broke last week that George Washington University was, contrary to what it had long insisted, using students’ financial aid requests to determine admissions. This week, Inside Higher Ed’s Ry Rivard writes about the ways in which students’ FAFSAs and their list of school preferences are often used against them: “some colleges use this ‘FAFSA position’ when considering students’ applications for admission, which may affect decisions about admission or placement on the wait list.” Big data and education. Isn’t it great?

The University of California system is pledging $5 million in funding to help support undocumented students.

Penn State will pay out $59.7 million to 26 men over claims of sexual abuse by former football coach Jerry Sandusky. (To give that figure a little context, the football team made $53 million in profits in 2011.)

The American Academy of Pediatrics has issued recommendations for “return to learn” checklists to help schools and parents understand the potential cognitive and academic challenges to student athletes who’ve suffered concussions.

Graduation rates for UC Berkeley football players ranks “dead last among 72 major programs,” according to SFGate. “The NCAA report showed that Cal football graduated just 44 percent of its athletes who entered school from 2003 through 2006 and men’s basketball graduated just 38 percent.”

Due to the government shutdown, the FCC has extended the deadline for comments on changes to the E-Rate program, the fund that helps bring discounted Internet to schools and libraries. The new deadline: November 8.

Amplify is offering Guilford schools replacement devices for their faulty, melty, crappy ones. They won’t be the same model, the company says, but it won’t specify exactly what the new devices will be. (Sadly, they’ll likely still be Amplify ones.)

Yet another ed-tech accelerator program: this one in London. “Emerge Education is powered by Emerge Venture Lab, the startup accelerator founded out of the Said Business School, University of Oxford, and Hub Ventures.”

Play-i, a startup that builds programmable robots for kids, has launched pre-orders for the devices.

Professors Chris Hoofnagle and Michael Zimmer have launched “The Zuckerberg Files,” “an online archive that attempts to collect every public utterance made by Mark Zuckerberg, the Facebook founder and chief executive, including blog posts, magazine interviews, TV appearances, letters to shareholders, public presentations, and other events.” More details via The Chronicle of Higher Education.

The Chronicle of Higher Education reports that the Rezolve Group, which makes the College Abacus – a tool to help students and parents determine college costs – is blocking access to the aggregate data, making it difficult to make those cost comparisons.

Blackboard has launched Blackboard Labs “an initiative dedicated solely to innovation and experimentation with education technology to help shape the future of the industry.” It's been a long week, readers. I'll trust you to write the punchline here.

According to an SEC filing, 2U has raised $31 million in equity funding.

Campus Quad, which describes itself in its press release as “creators of an innovative social mobile communication technology for college campuses,” has raised $1.5 million in seed funding from the Follett Corporation and ICG Ventures.

Textbook rental company Chegg says it hopes to raised $172.5 million in its IPO. The company has set the initial stock price at $9.50 to $11.50 a share – about a third of what it costs to rent Campbell Biology, for what it’s worth.

During its quarterly earnings call this week, Apple CEO Tim Cook boasted the the company had their “best education quarter ever” and now has 94% of the educational tablet market. Anya Kamenetz writes about “why that’s a scary stat.”

Facebook’s earnings announcement this week was marred – well, Facebook stock took a hit at least – by the news that the site isn’t so hip with the teens any longer. According to CFO David Ebersmanvid, “Our best analysis on youth engagement in the U.S. reveals that usage of Facebook among US teens overall was stable from Q2 to Q3, but we did see a decrease in daily users, especially among younger teens.”

The NYC Foundation For Computer Science Education is raising $5 million in funding, according to venture capitalist Fred Wilson, who says that the money will be used to invest in CS education in the NYC schools.

Moody’s Investor Service has assigned a “Caa1” rating to Blackboard’s new $365 million note and gives the company a “B2” rating. Thanks to Wikipedia, I now know that Caa1 ratings mean “Rated as poor quality and very high credit risk” and B2 means “Judged as being speculative and a high credit risk.”

Despite rumors to the contrary, it looks like LAUSD Superintendent John Deasy won’t be retiring after all, as the school board has extended his contract for two more years.

“MLA Reports Modest Decline in Job Ads Posted in 2012–13,” says The Chronicle, which further breaks down “the state of the academic job market” by discipline. (Looking for help parsing academic job lists? Be sure to check out Rebecca Schuman’s blog.)

Khan Academy is looking for “medical content creators” in order to “cover key concepts found in the NCLEX-RN” licensing exam.

Michael Petrilli will take the reigns from Chester Finn to lead the conservative think tank The Thomas B. Fordham Institute, beginning next August.

Common Sense Media has released a study about the media usage of kids age 0 to 8. (PDF) Among the findings, “Among families with children age 8 and under, there has been a five-fold increase in ownership of tablet devices such as iPads, from 8% of all families in 2011 to 40% in 2013.”

The New York Times runs with the headline “As Interest Fades in the Humanities, Colleges Worry.” Oh noes! History professor Ben Schmidt responds with data (DATA!) – history majors are “up 18% the last 25 years. Math and CS are down 40%.”