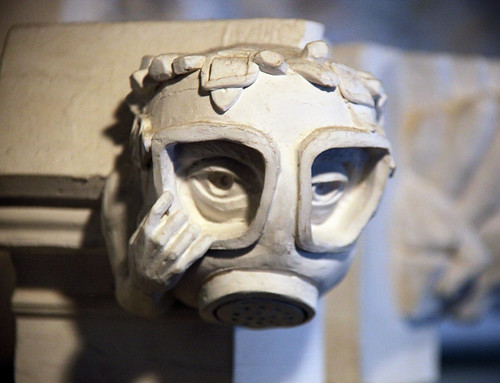 MakerBot announced its MakerBot Academy. Its mission: “to put a MakerBot Desktop 3D Printer in every school in America.” MakerBot is working with DonorsChoose.org to help teachers fundraise for their MakerBot bundle.

Google launched its Google Play for Education program this week: Android tablets and an app store for schools. My review is here.

The Chromebook 11 (made by HP) has been pulled from stores due to a problem with chargers overheating. (I have to imagine that Amplify is breathing a sigh of relief here.)

The Los Angeles Board of Education agreed to continue, but scale back, its troubled iPad rollout this week. Included in the changes to the plan, an assessment of how tablets affect student achievement. More details via The LA Times.

Udacity announced this week that it’s launching a “Data Science and Big Data Track,” partnering with Hadoop provider Cloudera for the curriculum.

That news was well-timed with a Fast Company profile of Udacity co-founder Sebastian Thrun that suggests the company is pivoting, away from higher ed disruption and to more of this corporate-sponsored tech training. My thoughts. George Siemens’ thoughts. Rolin Moe’s thoughts. Mike Caulfield's thoughts. Martin Weller’s thoughts. Bonnie Stewart’s thoughts. (You get the picture.)

But hey. You can now show off your MOOC certificates on LinkedIn. So that changes everything.

Carnegie Mellon University has created a Global Learning Council to “spearhead efforts to develop standards and promote best practices in online education.” Council members include edX's Anant Agarwal and Coursera's Daphne Koller. “Global,” but with US representatives only, seeking to identify “best practices,” because nobody out there already does that. Sigh.

In a story about the “sharing economy” in The Wall Street Journal, AirBnB founder Brian Chesky hinted that the startup is “considering investing in additional e-learning software for hosts.” There’s a Udacity joke to be made here, isn't there.

Facebook has launched Open Academy, a partnership with 22 universities that will set up a special class where students can get college credit for contributing to open source projects.

Textbook publisher Houghton Mifflin Harcourt also IPO’d this week, raising $219 million. Shares were initially priced at $12 and haven’t dropped below that, hitting a high this week of $16.20.

Kidaptive has raised $10.1 million in Series B funding, reports Techcrunch’s Sarah Perez who offers a closer look at the startup’s iPad apps.

ScootPad, which describes itself as “a leading personalized learning platform,” has raised $1 million in seed funding.

Mobile Learning Networks, a company that offers tutoring via laptops, has raised $350,000 in seed funding.

Sylvia Manning, the president of the Higher Learning Commission of the North Central Association of Colleges and Schools, has announced she’s stepping down. The Chronicle of Higher Education has a look at her “bumpy tenure.”

Bruce Reed, Vice President Joe Biden’s Chief of Staff, has been named president of the Broad Foundation, one of the big 3 philanthropies helping shape education policy.

The for-profit “elite” education startup Minerva announced a couple of administrative hires this week: James Sterling, vice president for academic affairs at the Keck Graduate Institute, will serve as director of Minerva Labs, and Eric Bonabeau, founder of the Icosystem Corporation, will be dean of the College of Computational Sciences.

Microsoft has abandoned “stack ranking,” its system of grading employees against one another, then firing or pushing out the poor performers. Stank ranking was the subject of a story in Vanity Fair last year which blamed the system for crippling the company’s “ability to innovate.” Some have suggested that this practice has been the model for the Gates Foundation’s efforts to push for a similar rating system for teachers – “rank and yank.”

Senators Dick Durbin and Al Franken have proposed the Affordable College Textbook Act that “would encourage the creation of free online textbooks by offering grants for pilot projects that produce high-quality open-access textbooks, especially for courses with large enrollments.”

Pre-K legislation was also introduced in the US Senate and House this week. The Strong Start for America’s Children Act would fund pre-kindergarten education for all low- and moderate-income children in the US. Not too many folks are optimistic about the bill’s chances, because you know, Congress is broken.

First Lady Michelle Obama kicked off her new initiative this week: college for everyone.

The comments have closed regarding E-Rate reform. (ISTE, which led an effort to gather comments supporting E-Rate expansion, says that its members contributed some 40% of the 1000 comments submitted.) Ben Kamisar, in an op-ed for Education Week, suggests the FCC could expand E-Rate beyond schools and libraries – something that makes me wonder what would happen to Internet filtering per CIPA. Hrmm.

The Indiana Inspector General has filed an ethics complaint against former state superintendent and education reform darling Tony Bennett “for using state computers for campaign business during his 2012 reelection bid.” Earlier this year, the AP reported that Bennett had changed the grade for a school of one of his donors.

Google has finally won its eight-year-long legal battle with the Authors Guild over the search giant’s efforts to digitize millions of books. US Circuit Judge Denny Chin said that the scanning was “tranformative” and as such amounted to fair use. More via Jen Howard in The Chronicle (paywalled. bummer) and via Jeff John Roberts in GigaOm. The full decision is available here.

Citing privacy concerns, parents in New York filed a lawsuit against Commissioner of Education John King and the Board of Regents, asking to block the state’s partnership with inBloom and implementation of the non-profit’s data infrastructure.

After being sent back to a lower court by the Supreme Court earlier this year, the Fifth Circuit Court of Appeals began re-hearing arguments in the affirmative action case Fisher v Texas.

An appeals court in Florida has ordered the release of teachers’ performance data, after the Florida Times-Union filed a lawsuit.

Sampo IP is suing Blackboard for patent infringement. But before you shout, “KARMA!” it’s important to remember, as Michael Feldstein writes, that patent trolls are bad news, no matter who they go after.

“CoolCatTeacher” Vicki Davis has announced via her blog that the Flat Classroom Project isn’t earning enough money to support both her and her co-founder Julie Lindsay. But the process of figuring out “what next” doesn’t sound like it’s going too smoothly, and the two are headed to court to dissolve the company and split the assets via legal proceedings.

“Pearson commits to measure and report impact on learning outcomes,” announces the press release. The education giant’s report “Asking More: The Path to Efficacy brings together some of the world’s leading education experts to highlight how research and data collection can enable a revolutionary degree of rigour in measuring and improving the success of learning products, educational programmes and institutions.” Nothing gets me more excited on a Friday afternoon, I tell you what, than a revolutionary degree of rigour.

Inside Higher Ed reports on demographics data from GRE-test takers: “Test-takers who took the GRE in 2012–13 were more likely to be a bit younger and a bit more science-oriented than those who took the exam the year before. And in the quantitative portion of the exam, in particular, foreign talent appears to be outpacing American.”

Phil Hill has published the 2013 version of the State of the Anglosphere’s Higher Education LMS Market. “There are no dramatic changes to the market in general this year,” Hill writes. “The same players keep growing (primarily Canvas, followed by Moodle and Desire2Learn), and the same players keep shrinking (primarily Blackboard). The only new potential system of interest this year is OpenEdX.”

Open data in New York City has resulted in a batch of new apps to help students and their families select a high school, thanks to an initiative supported by the NYC DOE’s iZone team. More details at Education Week.

In an op-ed in Quartz, two McGraw Hill execs decry the fact that only 39% of public schools in the US have wireless Internet.

Judge Claudia Wilken has certified that the student-athletes suing the NCAA have class action status for some of their claims, but she denied them the ability to sue as a class for damages relating to the use of their images and likenesses. More details on the lawsuit via The Chronicle of Higher Education.