Top Ed-Tech Trends of 2013: The Politics of Education/Technology 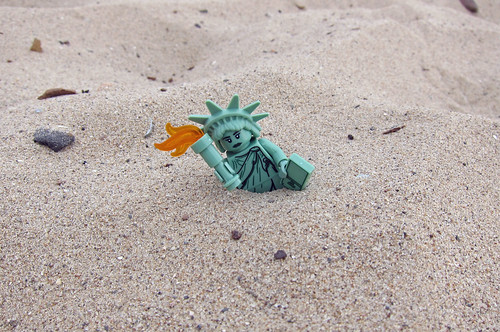 I’m not going to summarize all the education-related political developments from 2013. Pardon me while I skip over the Department of Education’s No Child Left Behind waivers; the impact of sequestration and the federal government shutdown of education programs; the Supreme Court’s Fisher v Texas decision; (failed) education in Tennessee to tie a family’s welfare benefits to children’s grades; “the missing Michelle Rhee” memo; Senator Alexander’s attempts to let Congress, and not peer review, decide who gets NSF money; court cases against administrators in Tennessee and Georgia involved in test-cheating scandals; the hiring of former Secretary of the Department of Homeland Security Janet Napolitano to head the University of California system; the end of Mayor Bloomberg’s tenure in NYC (and as promised by newly elected Mayor Bill De Blasio, an end to many of Bloomberg’s edu policies); and the publication of Ron Paul’s book on education. Might I recommend instead POLITICO’s new education vertical, which launched this year – particularly its morning email that summarizes all your daily (US) politics-and-education news. (Or on second thought...)

There are many political developments – the Common Core State Standards, school districts’ hardware purchases, MOOCs, NSA spying, accreditation, rising college costs and student loan debt – that I’ll address at more length in subsequent posts. (And I promise, I’ll talk more about developments outside the US too.) Perhaps that’s the main takeaway from this post: politics permeate ed-tech.

One of the challenges I’ve found writing a blog about teaching, learning, and technology is that you can’t simply talk about these without talking about business and the politics. And the business and politics of ed-tech bleed into other business practices, technical developments, and policy issues as well. To write about ed-tech without referencing the latter in particular isn’t apolitical or neutral or objective. Rather, to do so simply obscures how power operates.

Student homelessness in the US has hit a record high, for example – there were 1.2 million homeless students during the 2011–2012 school year. That’s not an ed-tech story per se, despite the best efforts of those with a solutionist bent to make it one – “an app to end homelessness!” or simply “teach them to code!”. But it’s impossible (or at least deeply, deeply problematic) to ignore growing and vast income disparities, to ignore students’ lives outside of school and write sunnily about efforts like the “flipped classroom” or digital textbooks.

And no doubt, if there are “zombie ideas” in ed-tech as I suggested in the first post in this year-in-review series, it is in no small part due to power and politics. It’s such an easy political stance to take, after all: more technology is synonymous with “the future” – a better, shinier future.