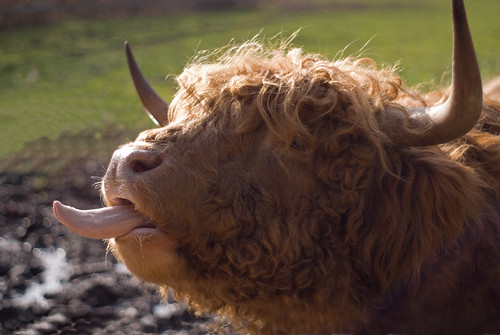 MOOCs: “Not Dead Yet”

For those ready to dance on the grave of MOOCs following Udacity’s “pivot” last week, well…

Coursera announced today that it has raised another $20 million in investment. This brings to $63 million the Series B funding that the company raised in July (and $85 million total). Part of this latest cash influx comes from three unnamed universities. Any bets on which ones?

This funding news throws cold water on Higher Education Strategy Associates’ Alex Usher, who speculated this week that Coursera is burning through its funding at such a rapid rate that it only has “maybe 15 months before the VCs pull the plug.”

According to a survey undertaken by the University of Pennsylvania of students enrolled in its Coursera classes, 80% of respondents already had a 4-year degree. 44% had some graduate education. You can read the full study here.

Kris Olds has “mapped Coursera’s global footprint,” showing where the MOOC startup has struck partnerships and where the participants in Coursera classes come from.

Frustrated by the deals that its administration has struck with MOOC providers, the faculty at San Jose State is weighing a measure that would, according to The Chronicle, “forbid the university to sign contracts with outside technology providers without the approval of tenured and tenure-track faculty members in whatever department would be affected.” (Initially schedule for a vote early this week, the measure has been tabled ’til December.)

Udacity continues its roll-out of training in corporate tech, this week with classes to help you build apps on the Salesforce platform.

According to a story in the Silicon Valley Business Journal, Coursera too might be weighing a move into corporate training. “We think that many companies view Coursera as a quality, convenient, inexpensive way to continue employee development,” Andrew Ng told the publication.

MITx unveiled its third XSeries certificate (this one in aeronatics. The other two are “Fundamentals of Computer Science” and “Supply Chain Management.”) It also announced the pricing for the XSeries Courses: $50 for short courses and $100 for longer courses. (You can still audit for free.)

“Thousands of People Sign Up for Online Classes They Never End Up Taking,” and The Atlantic is on it.

You can now pay your tuition at Cypriot University of Nicosia with Bitcoins.

Looking to save some money, the University of District Columbia is axing departments that suffer from low enrollment – physics, history and economics. But it’s keeping its athletics program (which lost $3 million last year). Go, sports team!

LittleBits (which I chose as one of my favorite education startups back in 2011) has raised an additional $11 million in funding.

Lightsail Education, an adaptive-learning literacy tool, has raised $3.5 million in Series A funding.

Brain Parade, a company which makes assessments for special education, has raised $700,000 in funding.

Sumpto, a “Klout for college students” – that is, a tool that measure students’ "brand influence – has raised $350,000 in funding.

Everpath, a “a one-stop platform for online instructors to host their lessons,” has raised $950,000, reports GeekWire.

Speaking to a group of school superintendents, US Secretary of Education Arne Duncan spoke about the growing opposition to the Common Core State Standards, noting that it means that there are “white suburban moms who — all of a sudden — their child isn’t as brilliant as they thought they were, and their school isn’t quite as good as they thought they were.” Cue outrage.

Several states have slowed their roll-outs of assessments aligned with the Common Core State Standards. Massachusetts has opted for a two-year transition, saying that students won’t have to take the PARCC exams until 2015. Louisiana is moving even more slowly, with a ten-year transition period.

The Department of Education released a report on the School Improvement Grant program, which is meant to turn-around the country’s lowest-performing schools. But the SIG program gets mixed results, according to this latest news, with a third of schools actually performing worse.

The Department of Education unveiled a $100 million Race-to-the-Top-ish contest for high schools that work with colleges and employers.

Democratic Senators Christopher Murphy of Connecticut and Brian Schatz of Hawaii say they plan to put forward legislation that would make it easier for competency-based programs to gain access to federal funding. More details via Inside Higher Ed.

Email records show that Missouri’s education commissioner helped advise on a ballot campaign that would have ended tenure for public school teachers in the state.

Former Atlanta elementary school teacher Lisa Terry plead guilty this week for obstruction, the first teacher to do so as part of the city school district’s test-cheating scandal.

The Texas State Board of Education gave preliminary approval this week to dropping Algebra II as a requirement for high school students in the state to graduate.

The US Department of Justice says that it’s dropping its attempts to block Louisiana’s school voucher program, which it claimed earlier this year were interfering with school desegregation in the state.

According to a report by the GAO, DC’s school voucher program, which uses tax dollars for low-income students to attend private schools, lacks sufficient oversight.

After the closure of Google Reader (etc etc etc), many academics have worried that Google Scholar might be on the chopping list too. But this week, Google launched “Scholar Library, your personal collection of articles in Scholar. You can save articles right from the search page, organize them by topic, and use the power of Scholar’s full-text search & ranking to quickly find just the one you want - at any time and from anywhere.” I wouldn’t get toooooo comfortable with another free tool from Google. But hey. That’s just me.

HaperCollins is teaming up with Curriculet (formerly known as Gobstopper) in order to "“reinvent how schools buy and teach books.”

CatAcademy: an app from digital flashcard maker Memrise that teaches you Spanish via LOLCats. Because there’s no education technology startup bubble at all.

“Is Nintendo Developing Tablets for Schools?” asks Edsurge, in a blurb based on a handful tweets from a Nintendo software engineer. I LOL'd.

Creative Commons launched an “open access button” this week, “a browser bookmark tool that allows users to report when they hit paywalled access to academic articles and discover open access versions of that research.”

Wolfram Alpha announced that it’s making the pilot release of its new language (plus its math software Mathematica) available as part of a software bundle for Raspberry Pi. And in turn this week, Raspberry Pi said that it’s sold over 2 million Pis since the non-profit launched.

The University of California, Berkeley student senate is pushing for a rule on campus that would require that student information systems procured by the university have an API. Noting how SISes are usually in place for 30 years, the student senate argues that “new SIS program needs to have a solid foundation with the capability to use APIs with open information for developers to improve the systems and create extension applications.” More via the API Evangelist.

The first satellite developed by high schoolers was sent into space this week. “The 2-pound TJ3Sat was built by about 50 students over the past seven years at the public Thomas Jefferson High School for Science and Technology in Alexandria, Va., working with volunteers from its corporate sponsor, Orbital Sciences.”

“Prophecy Sciences Wants To Transform Recruiting With A Blend Of Neuroscience, Games, Biometrics And Machine Learning.” Funded by Y Combinator who’re also backing food-substitute Soylent. Because the demand for dystopian technology is up this year, I guess.

Richard Arum, co-author of Academically Adrift, a book that argued college students aren’t learning much, has joined the Gates Foundation.

Seth Andrew, founder of the charter school chain Democracy Prep, is joining the Department of Education as a senior advisor to Arne Duncan.

Mark Matienzo has been hired as the new Director of Technology for the Digital Public Library of America.

“A 2011 survey found that 80 percent of teachers reported being intimidated, harassed, assaulted or otherwise victimized at least once during the previous year,” writes The Wall Street Journal in a story that looks at violence against teachers. Because yes, these are teachers’ working conditions. And that means they’re students’ learning conditions too.

"Game Play Has No Negative Impact on Kids, UK Study Finds,” read the headline in Gaming and Learning. Jane McGonigal, who’s written a book making a similar argument, tweeted a link to the story and garnered over 3500 retweets. But oh. Wait. The research findings were actually a bit more nuanced.

Another headline that should make you go “hmm” before you tweet it to your followers: “Report: Half of University Faculty Have Flipped their Classroom or Will in the Next Year.”

Columbia University’s Teachers College released a study on the effectiveness of the School of One (rebranded to Teach to One) product. "Student gains were uneven across Teach to One schools, and grade level averages varied considerably.” More details via Edsurge.

The Data Quality Campaign released its report on how states use education data, with Arkansas and Delaware getting high marks.

danah boyd and Eszter Hargittai published an article in Slate this week that looks at parents’ fears about technology, finding that these concerns “vary significantly by background—notably race and ethnicity, income, metropolitan status, and political ideology.”

Rice University sociology professor Erin Cech surveyed engineering undergrads about their beliefs in public welfare and found that these students leave college less concerned with it than they did when they entered as freshmen.

The UT Austin chapter of Young Conservatives of Texas cancelled their plans to hold a mock immigration sting on campus (where students would be awarded $25 gift certificates for catching undocumented immigrants). Because – shocking! – people found this to be a repulsive and racist event.

Manitoba Government’s Early Learning and Child Care fined mother Kristen Bartkiw $10 because she neglected to include a grain in her child’s lunch. She packed roast beef, potatoes, carrots, and orange and some milk. To make up for the deficiency, the school served the kid Ritz crackers.