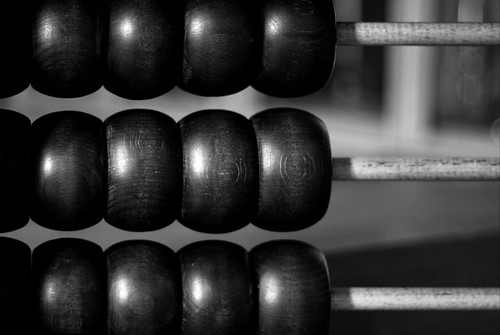 The "Hour of Code"

According to Code.org, the organization that’s spearheaded this week’s push to teach more students computer science, over 13.7 million students have “learned an hour of code” this week.

Chicago Public Schools says it will add computer science as a core subject, instead of an elective, in the city’s high schools.

Perhaps not timed with this week’s “Hour of Code,” Change the Equation reports that women earned just 18% of CS degrees in 2012, down from 27% about a decade earlier.

The Pearson Foundation, the “charitable arm” of the largest education company in the world, will pay $7.7 million to settle an investigation that “it repeatedly broke New York State law by assisting in for-profit ventures” surrounding the publisher's creation of Common Core-related textbooks and software.

Faculty in Rutgers University’s School of Arts and Sciences join those in the Graduate School in voting to block any programs that the university tries to outsource to Pearson.

The Chronicle of Higher Education’s Jennifer Howard examines takedown notices that academics have been receiving from publisher Elsevier for articles – articles they’ve written – that they’ve uploaded to the research-sharing site Academia.edu. (Some scholars are getting takedown notices for posting their articles to their own blogs too.)

The University of Toronto and Western University will not renew their contracts with Access Copyright, a controversial Canadian copyright agency.

Randy Schekman, who won the Nobel prize in medicine this year, says that “his lab would no longer send research papers to the top-tier journals, Nature, Cell and Science. Schekman said pressure to publish in ‘luxury’ journals encouraged researchers to cut corners and pursue trendy fields of science instead of doing more important work. The problem was exacerbated, he said, by editors who were not active scientists but professionals who favoured studies that were likely to make a splash.”

The National Library of Norway plans to digitize all the books in its collection and make them available to read and search online. (Copyrighted materials will be accessible to those with a Norwegian IP address.)

MOOCs haven’t lived up to their hype, and The New York Times is ON IT.

An unintentionally hilarious headline from The Chronicle on the Udacity and Georgia Tech MOOC Master’s Degree program: “Georgia Tech Designs Its Udacity Pilot to Avoid Failure.” Inside Higher Ed reviews the soon-to-launch program too, noting that the MOOC enrollees are overwhelmingly white, US men (that is, there is much less diversity online than there is in the on-campus version of the program).

Coursera launched an iPhone app. Because the year would have been incomplete without one.

Cooper Union, whose trustees said this year that the university would start charging tuition for the first time in its history, might not do so after all.

“New York City is planning to open a new high school next year,” reports The Wall Street Journal, “but it won’t have a gym, library, science lab or even a math classroom. The city wants to open a so-called school without walls, one where students would take courses that combine online and classroom learning, while giving them more time for internships. Microsoft will help coordinate internships and industry mentors for students, who could receive certificates showing they have mastered Microsoft Office programs.” The innovation. It burns.

There’s a federal budget deal. Yay. That means the next round of sequester cuts will be “softer.” Yay.

Parts of Washington’s new voter-approved charter school law have been found unconstitutional, according to the AP, but the decision will not stop the first charters in the state which are scheduled to open in the fall of 2014.

The state of Kansas is pulling out of the Smarter Balanced Assessment Consortium, one of the two consortia designing Common Core assessments. Kansas says it will use tests created by its state university instead.

The Department of Education says that it will recognize same-sex marriages when students complete their financial aid forms (FAFSAs).

A federal advisory panel has recommended that the Department of Education extend for one year the Accrediting Commission for Community and Junior Colleges’ accrediting powers. The ACCJC has come under fire for its decision to revoke the accreditation of the City College of San Francisco. More details in Inside Higher Ed.

Lorenzo Garcia, the former superintendent of the El Paso ISD, has had one year cut from his sentence. He pleaded guilty last year in a cheating scandal that involved preventing low-performing students from taking assessments in order to boost the district’s scores.

The Department of Education released the findings from analysis of its school improvement grant (SIG) program last month. But now that will have to be scrapped, as the contractor inadvertently excluded data from some schools.

The LAUSD iPad saga continues. “Los Angeles school district officials have postponed plans to provide iPads to all teachers and administrators but still want to use the tablets for new standardized tests this spring,” reports The LA Times.

Amazon has updated the reward plan on its Kindle FreeTime subscription service. The “Learn First” will allow parents to force kids to spend a certain amount of time on “educational content” before moving on to other stuff. Recommendation engines for parenting. How lovely.

Google announced new Dell Chromebooks. And here’s a bigger win, I’d argue, for Chromebooks’ PR: Philadelphia’s Science Leadership Academy is switching from MacBooks to Chromebooks. Apple has repeatedly used SLA in its education advertising so it looks like it really dropped the ball here by not helping support an amazing, award-winning, Apple-friendly school in a financially troubled district. (SLA’s Chromebooks will be paid for, in part, by a grant from Dell.)

The Dutch startup Gibbon launched this week with “ curated learning playlists to help anyone teach themselves just about anything.” “A different kind of education startup,” says Techcrunch. Different from what, it’s not clear.

Starting Shakespeare, an app that helps introduce 8–13 year olds to (obviously) Shakespeare, has launched with an iOS app and teacher handbook.

The Edmonton Public Library now has a Makerspace.

The education video startup creativeLIVE will now broadcast 24–7 because, in the insightful words of PandoDaily, “there’s a demand for that.”

The Campaign for a Commercial-Free Childhood wants Fisher Price to recall an infant seat with an iPad holder, the “Newborn-to-Toddler Apptivity Seat for iPads” because holy crap, parents, hold and play with your babies.

But the award for the “worst toy of 2013” goes to the CTA Digital 2-in–1 iPotty with Activity Seat for iPad.

NewSchools Venture Fund has released its list of “who’s funding K–12 edtech” (a move that reminds me we need much better, open data about this. A project for me for 2014 perhaps).

Gordon Gee, most recently the president of Ohio State University (he stepped down this summer after controversial remarks about Notre Dame and Catholics), will take the helm of West Virginia University – at least on an interim basis.

Martha Kanter, who is leaving her position in the Department of Education, will become a visiting professor at NYU.

Phil Hill looks at recent layoffs at the learning management system Desire2Learn and weighs whether these are “significant or not.”

“DreamBox Learning was found to have no discernible effects on mathematics achievement for elementary school students,” is the conclusion of a report issued by the Institute of Education Sciences.

MIT neuroscientists have found that “schools whose students have the highest gains on test scores do not produce similar gains in ‘fluid intelligence’ — the ability to analyze abstract problems and think logically.”

According to a study by the Harvard Institute of Politics, 42% of young adults blame colleges for rising student debt. 30% blame the government.

“Smartphone Use Linked to Lower Grades,” reads the Inside Higher Ed headline of a study by Kent State University researchers published in the Computers in Human Behavior journal.

The Pew Internet and American Life Project has released a study on “How Americans Value Public Libraries in Their Communities.” Turns out, they value them highly, not just for supporting a love of reading but for providing a safe and quiet place, one that provides serves that people have a hard time finding elsewhere.

The University of Pennsylvania’s Center for the Study of Race and Equity has issued a report on the graduation rates of black men on football teams participating in the 2014 Bowl Championship Series. Props to Stanford, where 82% graduate. Just 37% of those at Florida State, which is playing in the BCS Championship game, do. Go team.

According to data from the Software & Information Industry Association, education software revenue hit $7.97 billion in 2011–2012, up 2.7% from the previous year.

Tomorrow is the one year anniversary of the shootings at an elementary school in Newtown. There was another shooting at a Colorado high school today.

As I’ve sifted through all the education news from 2013 in order to write my year-end review posts, I’m struck by how much violence we’ve seen in schools this year and how it’s increasingly normalized. One school shooting every two weeks since Newtown. Shooters and suspected shooters and lockdowns across K–12 and university campuses. Bulletproof whiteboards, for crying out loud.

AlterNet examines the militarization of college campuses. Here’s a gem from the article: “the campus cops at Ohio State University now possess a MRAP; that is, a $500,000 18-ton, mine-resistant, ambush-protected armored vehicle of a sort used in the Afghan War.”

WTF is wrong with us?!