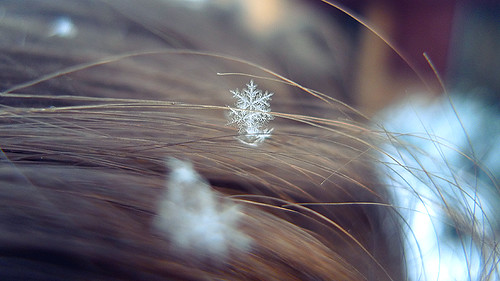 Education and the Law

Inside Higher Ed reports that a San Francisco Superior Court judge has granted a partial injunction to block the Accrediting Commission for Community and Junior Colleges (ACCJC) from revoking the accreditation of the City College of San Francisco. (As I noted in one of my year-end review posts, I predict this and other accreditation battles will dominate the headlines in 2014.)

As promised, the Author’s Guild has filed a notice of appeal of the recent US District Court decision in the Google book-scanning case, which Judge Denny Chin dismissed late last year.

A North Carolina grand jury has indicted professor Julius Nyang’oro for “unlawfully, willfully and feloniously” accepting payment “with the intent to cheat and defraud” the university. Nyang’oro “taught” a University of North Carolina class AFAM 280 during the summer of 2011. But according to the charges, the course never met. The 19 students enrolled in it were football players, “reportedly steered there by academic advisers who saw their roles as helping athletes maintain high enough grades to remain eligible to play.”

New York City’s new mayor Bill de Blasio has named Carmen Fariña as his schools chancellor. Fariña has been a teacher, a principal, and a superintendent.

The Kansas Board of Regents will reconsider its new social media policy, in the wake of controversy over the policy’s reach and anti-free speech implications.

The New York Times examines the “ruthless tactics” of the Educational Credit Management Corporation, the company hired by the Department of Education “to fight student debtors who file for bankruptcy on federal loans.” According to a panel of bankruptcy appeals judges, its collections activities “constituted an abuse of the bankruptcy process and defiance of the court’s authority.”

Version 2 of the Peeragogy Handbook – a guide for tech-enhanced collaborative learning, edited by Howard Rheingold – was released January 1. And released into the public domain to boot.

The LA Makerspace has found a new home, inside the LA Public Library’s Koreatown Pio-Pico branch.

Kaggle, a data startup that initially hosted data mining and machine learning competitions, has pivoted, according to The New York Times. (Kaggle was host to the Hewlett Foundation’s automatic essay-grading contest in 2012.) Kaggle will now focus on big data services for the oil and gas industry. Because oil data is the new oil, I guess.

Jaron Lanier, the virtual reality pioneer who’s become increasingly disillusioned with the direction that technology has taken, has been granted a patent for a “Privacy Enhancing Personal Data Brokerage Service.” The patent has been assigned to Microsoft. So that’s, um, interesting.

Dave Cormier (the person we get to blame for the “MOOC” acronym) will be kicking off an open course on rhizomatic learning. “Broadly speaking rhizomatic learning is the way I think about learning in an age of abundance. It is based on the work of many folks, but primarily in my somewhat idiosyncratic reading of Deleuze and Guattari’s concept of the rhizome from their very idiosyncratic work ‘A Thousand Plateaus’.” The course starts January 14.

Prince William will take a course in agricultural management at Cambridge University. He “will have 18 to 20 hours of lectures, seminars and meetings a week, as well as essays to complete and field trips to attend.” Was there no MOOC, Will? Or did you get a special deal on Cambridge fees as the Duke of Cambridge?

PandoDaily reports that Neverware has raised $3 million in equity funding. The startup makes a virtualization device that helps schools use old computers like they were new ones.

The Pew Internet and American Life Project issued its “Social Media Update 2013” report at the end of the year. Among the findings: “some 73% of online adults use a social networking site of some kind.” And while Facebook remains popular, many users are “diversifying onto other platforms.”

“The whiter the school, the more diversity depicted in the [college admissions] brochures,” according to research by Augsburg College sociologist Tim Pippert.