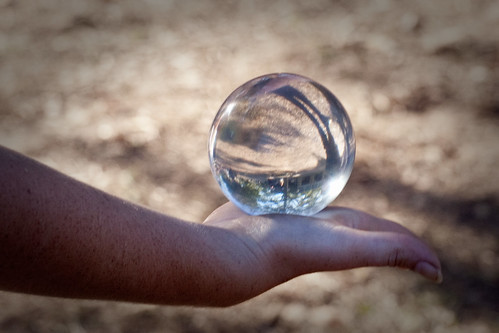 Last January, I opted to forego making ed-tech predictions for 2013. I’m sticking with that decision again this year.

After all, I’ve spent the last 7 or 8 weeks writing at length about what I saw as 2013’s most important ed-tech trends. It’s not as though these will cease to be important simply because the calendar has rolled over to 2014.

Nothing I identified as a “top ed-tech trend of 2013” (or any year) is inevitable. Not MOOCs. Not iPads. Not adaptive learning. Not Google Glass. Not Khan Academy. Not social media in the classroom. Not ever-bigger ed-tech investments. Not the Web. Not even the Internet.

Oh sure, that’s how technological developments are often presented: “inevitable, permanent, and natural” (a key part of “Internet-centrism” and “technological solutionism,” says Evgeny Morozov). Technology always progresses – it is progress, so the story goes – and there’s nothing we can do to stop its march. Always forward.

Technology – personified – has all the agency in this framework, let’s note; actual persons (non-technologists, at least), very little.

But is there really nothing we can do to shape the future?

“The best way to predict the future is to invent it.” – Alan Kay

The Alan Kay quote above has been stuck in my head the last few days. (I’m working on a keynote I’m delivering next month that draws heavily on his work on the Dynabook.) I’ve been thinking a lot lately about the history of the future of ed-tech. Decades and decades of predictions.

For 2014, I see no end in sight to the political battles over the future of education (and ed-tech), despite proclamations from various corners that their “side” has momentum, despite predictions from various corners that developments will be inevitable. These battles will involve the Common Core State Standards; the hiring and firing and tenure of teachers; challenges to accreditation and the credit hour; the expansion of data collection and data-mining, along with accompanying privacy concerns; expenditures on ed-tech hardware and software and questions - as always - if any of this makes a bit of difference to "outcomes"; the promotion of online education in its MOOC and not-MOOC formats and the ongoing demand for face-to-face and hands-on learning experiences.

All the ed-tech trends of 2013 – all incredibly fraught, as they will continue to be for years to come.