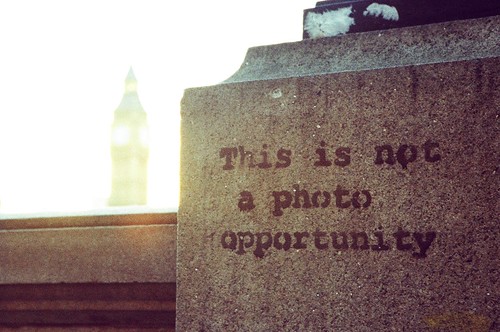 The actor Russell Johnson passed away this week. He was best known for playing Roy Hinkley, “The Professor” on Gilligan’s Island. (TV Trivia: The Professor was a high school science teacher, not a college prof.)

An appeals court this week struck down the FCC’s “net neutrality” rules, which prohibit companies from prioritizing some Internet traffic over others and/or charging more to access certain sites. Lots of hand-wringing about what this means for the future of the open Internet. But hey kids, don’t worry! Khan Academy has already partnered with Comcast, so at least you might not have to pay extra to watch his calculus videos. Yay?

The White House held an education “datapalooza” this week (which is sorta government-speak for “hackathon”), showing how education data could be (by entrepreneurs) used to improve college access and affordability.

The White House also gathered higher education folks for a summit on Thursday to talk about doing more to make college accessible for low-income students and other parts of the President’s Higher Education Plan. First Lady Michelle Obama has also been enlisted to help make the case, this week talking about her own experiences as a first generation college student at Princeton.

Apple has settled with the FTC over complaints that it didn’t do enough to stop kids from racking up huge bills for their parents by buying in-app items. Apple will refund customers to the tune of $32.5 million.

Congress has passed the 2014 "omnibus appropriations legislation." Among other things, a win for open access to publicly-funded research: it requires that “federal agencies with research budgets of at least $100 million per year will be required provide the public with free online access to scholarly articles generated with federal funds.” The bill also removes restrictions that prevented the NSF from funding political science. There’s more money for the NIH and more money for the Pell Grant.

Alaska is the latest state to pull out of one of the CCSS testing consortia (although the state has not actually adopted the CCSS). Alaska will instead use standardized tests prepared by the University of Kansas.

Former DC Schools Chancellor Michelle Rhee tweeted Wednesday “I’m around for a little bit, anyone have questions for me? Please use #AskMichelle.” And oh, it was glorious.

Michelle Rhee’s education reform group StudentsFirst issued another report card this week, assessing how well states have conformed to her ideology. High performing state Massachusetts gets a D+. DC gets a C+. Weird, as the district was at the bottom of the recent Education Week Quality Counts report card.

"“If you want a good education, go to private schools. If you can’t afford it, tough luck. You can go to the public school.” - Maine Governor Paul LePage.

New York Governor Andrew Cuomo has proposed a new $2 billion education bond measure that would be used to purchase technology for schools. But the bond would “effectively kill off any chance of a $5 billion environmental bond that would pay for sewer upgrades, drinking water protection, climate change adaptation, improved air quality and farmland protection.” Because iPads.

Early this week, The LA Times reported that the Los Angeles School District was surveying how much other districts had paid for their technology. Because, ya know, I guess they didn’t think to do any due diligence before agreeing to the outrageous $768 per iPad price-tag.

Whatever the investigation into pricing, it didn’t stop the school board from earmarking $115 million to buy more iPads to make sure everyone has one in time for “standardized testing scheduled for this spring.” Priorities.

The education startup accelerator program Imagine K12 has launched its latest batch of companies. Edsurge has the details.

Schoology has added a step in their teacher verification process (applicable to teachers with students under age 13). The startup says it’s a move to help protect student privacy and boasts that it is the only LMS that has TRUSTe COPPA certification.

The textbook rental company Chegg is partnering with Internships.com to help promote and match college students to internships.

You can now rent textbooks at Staples (or via Staples.com at least).

Yale students Peter and Harry Yu built a site that helped students plan their course schedules, integrating information the schedule, course evaluations, and teacher ratings into one site. But as seems to happen frequently when students try to improve these sorts of processes on their campuses, the school has responded by blocking the Yu’s access to the university system.

The trustees of Cooper Union have rejected a last-ditch effort that would have prevented the university from charging tuition for the first time in its 150 year history. More via Angus Johnston.

Rocketship Education will not be expanding its chain of charter schools into the Morgan Hill District, south of San Jose, California. The school board rejected the charter in November, saying over “concerns over high student-to-staff ratios [and] the use of uncertified coaches.”

Education Week is solidifying its paywall. Starting next week, you’ll have to register and log in to the site to read content. And those who don’t subscribe will only get access to 10 articles per month.

Edsurge has received a grant from the Joyce Foundation to expand its coverage to ed-tech for “young adult learners.”

Coursera partnered with Discovery to launch Curiosity.com, a portal for educational videos. Because TV remains the future of education technology.

Udacity co-founder Sebastian Thrun heralded the start of the “world’s first massive online degree program,” this week. (Note: with 375 students, it’s not that massive. Note too: it’s not the first.)

Support for MOOCs is shrinking among administrators at colleges and universities, according to the latest Babson survey. (More details from the survey in the “Research” section below.)

Oh, and it appears students aren’t that stoked about MOOCs for credit either.

The LMS giant Blackboard has acquired MyEdu, which Inside Higher Ed describes as an “Austin, Texas-based company that combines data, e-portfolios and recruitment tools to guide students through college and into the work force.” More interesting analysis of the acquisition via former Bb engineer George Kroner.

OpenSesame, which GeekWire calls “The Amazon.com for online training courses,” has raised $8.1 million.

Tales2Go, a startup that offers streaming audiobooks for kids, has raised $750,000 from NewSchools Venture Fund and Maryland Fund.

The OER startup panOpen has raised $500,000 in funding. Investors include Kaplan and John Katzman, founder of the Princeton Review.

The scientific research platform Sciencescape has raised $2.5 million, reports Techcrunch, and has partnered with Elsevier.

Apollo Global Management is buying the parent company of the Chuck E Cheese restaurant chain. Chuck E Cheese was founded by Nolan Bushnell, who also founded Atari and is now working on an ed-tech company. Apollo Global Management also owns Hostess and McGraw-Hill. Twinkies, textbooks, and pizza chains – there’s the future of education for you, all housed under one private equity firm.

Harvard has appointed Herbie Hancock the 2014 Norton Professor of Poetry.

David Levin will take over as the new CEO of McGraw-Hill in August.

James Milliken, president of the University of Nebraska, will become the new chancellor of CUNY, reports The New York Times.

Claude Steele, the dean of Stanford University’s Graduate School of Education, will be heading to UC Berkeley where he’ll become the next executive vice chancellor and provost.

A new progressive education group, Integrity in Education, launched this week with Sabrina Stevens (formerly a staffer for the AFT) taking the helm as executive director.

As noted above, the results from the annual Babson Survey are out. Michael Feldstein and Steve Kolowich question its claims that there are now 7.1 million students taking at least one online course.

The latest report from the Pew Internet and American Life Project tackles book readership. 28% of adults read an e-book last year, up from the year before. 76% read a printed book, also up from 2012.

The US News & World Report has released its rankings of the Best Online Programs.

No, texting is not ruining students’ ability to write in “proper English.”

NPR reports on a new study that claims MTV’s show 16 and Pregnant has contributed to a decline in teen pregnancy rates. Somewhere I bet Dan Quayle is feeling vindicated about his Murphy Brown comments, don’t you reckon?

According to the US Census Bureau, “in fall 2012, more than 50 million U.S. adults, or one in four, had obtained a professional certification, license or educational certificate apart from a postsecondary degree awarded by colleges and universities.”

The Berkman Center for Internet and Society have released a number of reports on student privacy, including this one that talks with youth about their thoughts on tech usage at school. Spoiler alert: they know how to bypass your web filters.

Mary Willingham, a UNC learning specialist, has responded to the school’s athletic department which contests her research – highlighted by CNN last week – that says "60 percent of athletes who were admitted to the university with subpar academic records were reading at a level between the fourth and eighth grades. Willingham stands by her research and has shown emails that indicate she’s tried to bring this issue to the university’s attention for months.

Inside Higher Ed summarizes recent research about student athletes’ drug use and on their “entitlement” and sense of community.

Another school shooting, this week in Roswell, New Mexico where a 12 year old boy opened fire in his middle school, wounding 2 students.

And another one just today: this one at the Delaware Valley Charter High School in Philadelphia. 2 students have been injured.

Viral video this week from Thomas Moore College in Belgium that claimed it was experimenting with using a phantom drone to spy on students during testing to make sure they don’t cheat. Thankfully, a hoax – after all, “Drones are too noisy and make the papers fly,” said the professor.

Image credits: Kris Krug (and Banksy) and The Noun Project