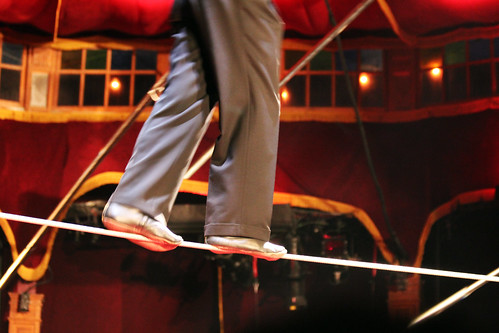 News Timed for Release at SXSWedu

The College Board announced its plans for a redesigned SAT. Starting in 2016, the new SAT will have three sections: math, “evidence-based” reading and writing, and an essay. More via Inside Higher Ed.

On stage at the College Board announcement was Sal Khan as Khan Academy will now offer free SAT test prep, arguing that this will enable a “future determined by merit, not money.” (As it currently stands, students whose parents have higher incomes score higher on the SAT.)

News Corp’s education company Amplify released its new digital curriculum. I didn’t get a preview, but I did get the kicker in The New York Times article on the release. So ha.

Google announced a couple of new Samsung Chromebooks and the availability of K–12 books in the Google Play store.

The anti-plagiarism software company Turnitin has launched a new product Grade Anything. According to Campus Technology, it’s a tool “to assess ”virtually any type of assignement,“ including presentations, spreadsheets, designs and calculations, according to a company news release, and provides a grading template for assessing assignments such as performances and recitals.” I wonder if Grade Anything makes the same sweeping copyright claims to student content that the essay-checking stuff does…

edX announced that it’s expanding its membership to Colgate University, Hamilton College, the OpenCourseWare Consortium, Osaka University, Universidad Autónoma de Madrid, Universidad Carlos III de Madrid, the International Monetary Fund, the Inter-American Development Bank, the Learning by Giving Foundation, The Linux Foundation, The Smithsonian, and Televisión Educativa. These organizations are not listed as “charter members,” and it’s not clear if this a path to monetizing MOOCs for edX.

Mozilla has launched BadgeKit, a tool for the Open Badges ecosystem it's hoping to foster. BadgetKit’s functionality includes support for creating and issuing badges and “remixable templates and milestone badges allowing for easy customization.”

Apollo Education Group, parent company of the University of Phoenix, has launched Balloon, a website that will help students “find courses that teach skills they need to land specific jobs in the technology industry.”

Spritz, a new reading app “gets words into your brain faster.” ORLY. Did anyone covering this launch talk to cog sci folks about this? Or was this just the tech-blogging-as-PR-wing-of-industry thing again?

Edu wiki provider Wikispaces has been acquired by TSL Education.

The digital textbook platform CourseSmart created by the “big five” textbook companies has been acquired by Ingram.

Quipper, which offers a cloud-based quizzing and assignment platform, has raised $5.8 million from Atomico and Benesse (a Japanese educational publisher). This brings to $10.1 million the total raised.

Knowledge Delivery Systems, which offers online PD for teachers and administrators, has raised $6 million from Edison Ventures. (This brings to $10.6 million the total the company’s total funding.)

Student response system maker ExitTicket has been acquired by EdStart.com.

Flashnotes has acquired Moolaguides. Both let students buy and sell their class notes.

Stephen Carson, the external relations director for MIT Opencourseware, is stepping down from that role to become the Operations Director for the OPENPediatrics program at Boston Children’s Hospital, a role that (thankfully!) will keep him in touch with the open ed community.

Coursera has hired David Liu, formerly the Director of Legal at Google, as its new General Counsel.

President Obama announced his 2015 budget this week, which includes money for a new initiative, Race to the Top-Equity and Opportunity. (Um, Obama. I don’t think that word “equity” means what you think it means here.) There’s also money for a ConnectEDucators program that would provide funding for tech-related PD.

The UK Department of Education website was hacked this week to read that "Michael Gove [education secretary] decides to teach all children himself” in a giant classroom filled with 14 million school children.

Maine governor Paul LePage has vetoed a bill that would stop the creation of virtual schools in his state.

The Kansas State Supreme Court ruled this week that the state’s funding system violated the Kansas Constitution. More on the ruling in The New York Times.

The South Carolina House of Representatives has axed $52,000 funding from the College of Charleston for including Alison Bechdel’s memoir about coming out, Fun Home, in its summer reading program.

“Due to federal regulations, edX plans to block students in Cuba, Iran, and Sudan from taking an upcoming online course on aerodynamics and modern aircraft design,” writes the Harvard Crimson. Earlier this year, the US Treasury Department had blocked access to Coursera courses for students in Syria, Cuba, Sudan, and Iran due to laws about exporting services to these countries.

Australian student Andrew Farley will be forced to pay $100,000 after defaming a teacher on social media.

SRI International has finally released its research on the use of Khan Academy in Schools. (And do note, it said “usage” and not “effectiveness,” which was I totally thought the research was supposed to examine. But hey.) (PDF) Research was conducted on Khan Academy implementations at 9 school sites, but as the report notes,

There’s been lots of buzz about “bite-sized learning” recently, with apps touting small and quick content and assessment. So are shorter videos really better for learning? HarvardX researcher Justin Reich takes a closer look at the research, particularly a recent study from edX that claimed that videos less than 6 minutes in length were best. But as Reich notes, “best” in this case meant “engagement,” and not necessarily “learning.”

The National Education Policy Center has analyzed the enrollment in online virtual schools and has found that these schools “serve a less-diverse population than public schools” – fewer African-American and Hispanic students, for example, ad fewer special needs students.

According to data released by the National Center for Education Statistics, the technology infrastructure in more than 20% of US public schools is “inadequate.”

Pew Research has released a report on “Millennials in Adulthood.” There are some interesting observations here (about these adults’ anti-institutionalism, for example). But it does call this group “digital natives,” so there’s that.

Allen ISD’s Eagle Stadium (in Dallas, Texas), a football stadium that cost some $60 million to build and just opened in August, will “close indefinitely due to ‘extensive cracking’ in the concourse as well as other potential structural problems.” Go team.

The epic spelling bee battle in Kansas to determine who would move on to the Scripps National Spelling Bee ended today when Sophia Hoffman (age 11) misspelled a word and Kush Sharma (age 13) got the next one right. Sharma’s win comes after 95 rounds and over two weeks.