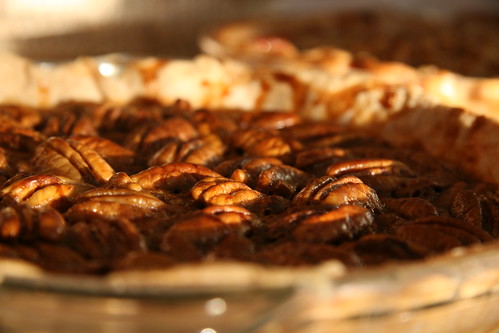 The defense has begun to make its case in Vergara vs. California, a lawsuit brought by StudentsMatter that charges that tenure and seniority rules prevent students from having effective teachers and as a result from getting a quality education. StudentsMatter is a non-profit created by tech entrepreneur David Welch. Welch is also an investor in NewSchools Venture Fund. NewSchools Venture Fund is in turn an investor in Rocketship Education. One of the plaintiffs in this case is the daughter of a Rocketship employee. Wow. Small world, huh.

The Senate has confirmed Jim Shelton as Deputy Secretary of Education. Ted Mitchell, the CEO of NewSchools Venture Fund, still awaits confirmation as Under Secretary.

Netflix CEO, former owner of DreamBox Learning, and ed reform funder Reed Hastings spoke at the California Charter Schools Association last week, where he expressed his dismay that public schools have elected school boards, something he contends makes them unstable and the schools in turn inferior to charter schools. In other words, what’s wrong with public schools? Democracy.

Digital Learning Now, an initiative of Excellence in Education, has issued its latest report cards on how states have conformed to its ed-tech policy advice. Two states got an A: Utah and Florida. Did I mention that Excellence in Education is former Florida governor Jeb Bush’s organization? Yeah. Good thing all these ed reform folks are such straight shooters, right?

There’s a new law in Texas that requires (~$100) graphing calculators for eighth-grade standardized tests. (Gee, I wonder which company lobbied for that rule?) According to the Austin American-Statesman, school officials would like to use a cheaper mobile app (~$15) instead. Good grief. Use Desmos. It's free. It works on that wonderful thing, the World Wide Web, and doesn’t require you buy everyone an iPad (which last time I checked is still more expensive than a graphing calculator).

The GAO says that the Department of Education has failed to provide proper oversight to the program that’s supposed to help defaulted student loan borrowers get their loans (and their credit) back on track.

The Tennessee House has voted to delay the state’s implementation of the Common Core.

The province of Alberta is partnering with oil companies to develop its school curriculum. I’m sure that it’ll handle the issues surrounding their abominable environmental practices really fairly.

Education Week examines a lawsuit in California against Google, “which alleges that the data-mining practices behind Google’s Gmail electronic-messaging service violate federal and state wiretap and privacy laws.”

In order to save money, the National Archives will close three facilities (in Anchorage, Fort Worth, and Philadelphia.)

In other data management news, officials in North Carolina want some money back from Pearson because of ongoing issues with the state’s implementation of PowerSchool. It’s paying $7.1 million a year to the company, says the Charlotte Observer.

The Supreme Court has refused Easton Area School District’s request to review a lower court decision that had struck down the district’s ban on students wearing I ♥ boobies breast cancer awareness bracelets.

The faculty at Portland State University have voted to authorize a strike.

Coursera now has an iPad app.

A study on MOOCs that asked “do professors matter?” has concluded that “teacher presence had no significant relation to course completion, most badges awarded, intent to register in subsequent MOOCs or course satisfaction.” But don’t worry, no one wants to replace teachers with technology.

Coursera reports on the gender breakdown in its user base. Romania fields the highest representation of female Coursera students, with women comprising almost half of its enrollments. Just 26% of Coursera students from India are female. More via the company’s tech blog.

Harvard students were told to keep quiet during Elisa New’s “Poetry in America” class and not ask questions as the lectures were being filmed for a HarvardX class. Best. MOOC. story. ever.

The rebooted Cosmos premiered last weekend on FOX, with Neil deGrasse Tyson in the role of host. I watched (and wasn’t terribly impressed, although I admit, I was a huge fan of the PBS, ad-free Carl Sagan version). But far more Americans tuned in to watch Resurrection, a show about people who come back from the dead. Because science.

Several students protesting the accreditation struggles at the City College of San Francisco were pepper-sprayed and detained after they attempted to enter the school’s administration building on Thursday.

“Poorer families are bearing the brunt of college price hikes, data show,” says the Hechinger Report. You can look at the data yourself via a new tool, Tuition Tracker.

Moody’s has downgraded the University of California’s credit rating.

The Higher Learning Commission of the North Central Association of Colleges and Schools has rejected the accreditation bid that was part of a partnership proposal between Laureate Education and the Thunderbird School of Global Management. More via Inside Higher Ed.

The UK Universities and Colleges Admissions Service, which handles the admissions to UK universities, sells access to students’ data, and made £12 million last year doing so, reports The Guardian.

Austin Rose of the Catholic Family and Human Rights Institute said on American Family Radio this week that left-wing academics, including those who teach Women’s Studies, “should all be taken out and shot.”

Knewton has partnered with Microsoft.

Pearson has partnered with Microsoft.

The CK–12 Foundation has partnered with Microsoft.

Some 24 years after it was founded, Teach for America now says that it’ll expand the training of its teacher corps beyond five weeks: “juniors who have already applied for the 2015 corps, inviting them to take part in a year-long preparation program during their senior year.” A whole year of prep!! Imagine!

After a number of reports of its being used for cyberbullying and bomb threats against schools, the anonymous messaging app Yik Yak has blocked access to the app – via geofencing around the GPS coordinates – for US high school and middle schools. More via Techcrunch.

On the heels of a $40 million investment by Google Capital, Renaissance Learning has been acquired by the private equity firm Hellman & Friedman for $1.1 billion.

Permira (which up ’til this week owned Renaissance Learning) will acquire a 40% stake in the school chain GEMS Education, reports Edukwest.

Cengage’s reorganization plans have been approved, so the company can emerge from Chapter 11.

Smart Sparrow, an adaptive learning startup, has raised $10 million from Yellow Brick Capital. This brings to $12 million its total investment.

The “speed reading” app Spritz has raised $3.5 million in funding.

Follett has invested in ShowEvidence, via its new Follett Knowledge Fund that is focused on “disruptive technologies in the education/technology space.” ShowEvidence is testing software. Ah disruption.

The American Federation of Teachers says it will no longer accept money from the Gates Foundation due to concern from its members about the Common Core State Standards.

And congratulations to Dr. Chuck, who has left Blackboard.

Martin Hawksey has been named the Chief Innovation, Community and Technology Officer of ALT (the Association for Learning Technology).

A study has found that managers looking for someone with math skills are twice as likely to hire a man over a woman, even when women are equally skilled. I blame Larry Summers.

And yet another study on teens’ body clock serves to help boost the argument that high school needs to start later. The study, writes The New York Times, “found that the later a school’s start time, the better off the students were on many measures, including mental health, car crash rates, attendance and, in some schools, grades and standardized test scores.”

According to MarketingWeek, ed-tech is a “$60 billion opportunity for brands.” Viva la revolution.

Facebook COO and promoter of corporate feminism Sheryl Sandberg wants to “ban bossy,” alleging that the word is used to stop girls from becoming leaders. But despite its endorsement by Beyonce, the campaign reeks of white privilege, as the adjective “bossy” is a lot more complicated for women of color, particularly Black women. Let’s remember Shirley Chisholm, for example, who unlike Sandberg, was “Unbought and Unbossed.”