(How) Should Startups Compensate Schools and Teachers for their Feedback? 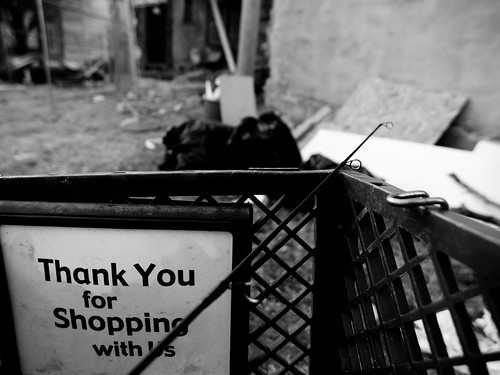 And it feels like now, after some of us have been muttering on about this for quite some time now, startups increasingly are.

So perhaps that means that when I ask, “what should schools and teachers get for their feedback,” the answer is simply “better ed-tech.”

But I’m growing increasingly wary of practices that involve gleaning all sorts of feedback and endorsements from schools and from teachers without offering any sort of compensation in return. After all, this data will be used not just to make a better product but to try to make money. As such, it seems as though educators who are offering meaningful or ongoing feedback should get more than some snacks or some startup swag or a nifty badge for their website.

What sort of compensation is appropriate?

(Note: there isn’t really one right answer here, and there was no real consensus among the handful of ed-tech industry folks I asked about this topic. Some thought that “kudos” were sufficient. Some thought that teachers didn’t really offer anything of unique value. Some teachers might be barred from compensation by their districts. So there’s that.)

Let’s start by looking at the norms of compensation for advisors in the tech industry at large. Advisors spend a couple of hours a month answering emails, making introductions, attending meetings, and so on. You can get a sense of what startups offer their advisors in exchange for that work via Quora, a Q&A site frequented by Silicon Valley investors and entrepreneurs:

Q: “What are compensation systems for startup advisors and advisory board members?
A: ”The most common answer for an early stage (in our case pre-seed) company is ‘less than 1% equity.’"

For those unfamiliar with the business lingo, “equity” means you have a stake, literally, in the company. (Here’s a guide to “everything you need to know” about receiving startup equity.) In a nutshell, should the startup “exit” at a high valuation – that is, through an IPO or an acquisition – your stake might be worth some cash. If the startup fails – and remember, most startups do – your stake is likely worth nothing at all.

I asked West what he thought was appropriate compensation for educators who offer feedback to startups or who serve as advisors, and he responded that “I don’t think cash compensation for advising makes sense in most cases. Unfunded startups, the ones that need the most advising, have no money to spare. They are eating Ramen and sleeping on friends’ couches. Small equity for a sustained relationship, makes a lot more sense. It’s kind of like having a lottery ticket. Its fun to buy, but you don’t really think it will be worth anything.”

While cash compensation for startup advisors is often frowned upon by the tech sector, I do think it might be appropriate for educators, if for no other reason than, unlike many in Silicon Valley who find themselves sitting on several startup boards (and as such have more “lottery tickets”), classroom teachers just don’t have the time for that sort of gamble.

This is a business transaction.

It’s too easy to exploit the altruism of educators. They want to help and are grateful that they’ve (finally!) been asked for their input. But that doesn’t mean that it’s right that the compensation for teachers who advise startups simply be “warm fuzzies.” Other professionals who advise startups aren’t compensated that way; why should teachers be?