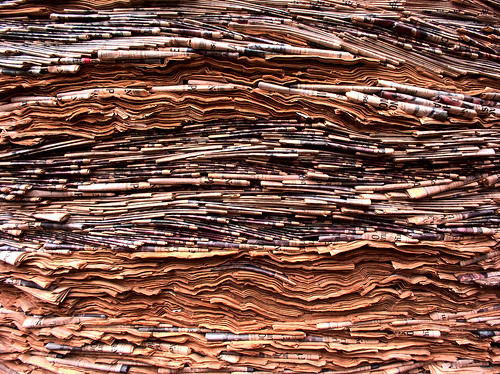 I’m out of the US for a week and a bit, and a cross-Atlantic flight always makes me feel like I’ve missed out on things (or at least, I’ve lost an entire day or so). Apologies if this week’s round-up of news is slipshod.

Students vs The Law

A New Jersey student is suing the Sterling High School District for violating her First Amendment rights after she was disciplined for a rude tweet – made after school hours and from off-campus – about her principal.

A Pennsylvania student is suing his school district after he was suspended for a Facebook post he made – again, after schools hours and from off-campus.

Adrionna Harris, a sixth grader from Virginia Beach, Virginia, was suspended and recommended for expulsion after she took away a razor from a schoolmate who was cutting himself and reported the incident to school officials. Because zero tolerance.

Wyoming has become [the first state](Next Generation Science Standards) in the US to block new national science standards. Because god forbid kids in a state that’s funded by fossil fuels learn about global warming, amirite?

The US Department of Education’s Office for Civil Rights has released civil rights data compiled from all 97K+ public schools in the country. Among the findings, “Black students represent 18% of preschool enrollment but 42% of students suspended once.” Because racism.

The US Department of Education has released revised “gainful employment” rules, which monitor for-profit and vocational programs based on their graduates’ debt levels. More via The Chronicle of Higher Education.

According to the BBC, “Up to 60 Shanghai maths teachers are to be brought to England to raise standards, in an exchange arranged by the Department for Education.”

Assessment startup MasteryConnect says it is “reinventing the report card” by moving from letter grades to “mastery-based grading.”

Instructure has also added a mastery-based gradebook in its LMS.

Apple has retired ye olde iPad 2, which has been the “budget model” for a while now. The cheapest iPad now is the iPad 4. The iPad 2 was first unveiled in March 2011 and was soooo out-of-date. Golly, I hope no schools invested heavily in these obsolescent devices!

AppleInsider reports that Apple will shut down its Authorized Campus Stores in Canada this summer.

2U has released 6 new mobile apps, meaning that students in the undergrad and grad courses it offers (with its university clients) will have Android or iOS access to the 2U platform.

According to VentureBeat, Skillshare will now offer a “Spotify-like membership model for online education.” That is, students can opt to pay $10 a month to access courses, rather than paying for each class separately.

AltSchool, a private school founded by former Google exec Max Ventilla, has raised $33 million from Founders Fund, Andreessen Horowitz, First Round Capital, John Doerr, Omidyar Network, Harrison Metal, Learn Capital, and Jonathan Sackler. According to SFGate, “Ventilla plans to mostly spend it on engineers.” The school currently has 20 students. Ventilla says “We believe we can get the cost of an outstanding education below public school averages in the next few years while actually improving quality.” Tuition at AltSchool is $19,100. By comparison, California spends about $8,482 per pupil in public K–12. So good luck engineering your way towards cost savings there, particularly, as AltSchool suggests that it’s going to save its money by automating administrivia. California schools spend 5 cents of every dollar on adminstrative costs; the rest goes to instruction. So let’s be honest here about where AltSchools plans to cut costs, eh, as it “reimagines primary education” via iPads as Techcrunch breathlessly notes.

Parchment, a company that manages student transcripts and that was founded by Blackboard co-founder Matthew Pittinsky, has raised $10 million. This brings to $47 million its total investment.

Tales2Go, which offers audiobooks for preK and elementary schools, has raised $750,000 from NewSchools Venture Fund and Maryland Venture Fund.

Edsurge offers a correction to a story in circulation last week on SimpleTuition (deleting its own story on the topic?). The company says it did not raise $26 million.

Netchemia has acquired SchoolSpring. Both companies are in the recruitment business.

ScratchJr has launched a Kickstarter campaign (which reached its funding goal in less than two days) to develop mobile versions of its ScratchJr software. (It’s the younger kids’ version of Scratch.)

Udacity now has an iPad app.

edX is partnering with the school chain GEMS Education to bring MOOCs to K–12.

Inside Higher Ed asks what happens to IP “When MOOC Profs Move.” Spoiler: the answer is not “Well, the O in MOOC is for Open. The contents of MOOCs are openly licensed. This movement isn’t about ownership.”

Harvard Business School is launching courses via HBX (a separate entity from edX and not quite HarvardX. Because it’s HBS).

Gannon University will offer a MOOC on the “Pizza Bomber.” The class will be taught by Gannon faculty member, FBI Special Agent Jerry Clark.

“Mathbabe” Cathy O’Neil will be working with the Columbia School of Journalism to start a data journalism program.

Diana Rhoten will be moving on from her role as chief strategy officer at News Corps’ education wing, Amplify.

Teachscape gets a new CEO (Andrew Morrison) as Kathy Yates moves up to chairman and “chief client services officer.”

The Los Angeles Times has fired staff writer Jason Felch, after it was discovered that he had an “inappropriate relationship” with a source for a story he wrote on sexual assault cases at Occidental College. More via The LA Times itself.

Nate Silver’s long-awaited FiveThirtyEight site officially launched this week (to quite a bit of grumbling) insisting that it will use “data is” instead of “data are.”

Pearson has released a report on the “Impacts of the Digital Ocean on Education.” Because data.

The Brookings Institution has released a report on homework that argues that students are not overburdened by homework and with the exception of 9 year olds, the amount of homework students are required to do hasn’t changed much since 1984.

The Stanford University research center CREDO has released another report on charter schools this one focusing on schools in LA. (PDF) The report finds a small benefit from charter school attendance over other public schools in the city and state. (That is, “For the average student, charter school attendance was associated with an advantage equivalent to moving from the 50th to the 53rd percentile in reading and from the 50th to the 54th percentile in math,” writes Education Week.) As always, the Shanker Institute’s Matthew Di Carlo offers some helpful advice on thinking through the data.

Case study: how One Direction fans learn together online.

At the Global Education and Skills Forum in Dubai, philanthropist Sunny Varkey announced a $1 million prize to be awarded to an outstanding teacher – a “Nobel Prize” for teaching, if you will.

Ah, March Madness. The few weeks a year where folks in the US actually give a shit about college. Because basketball. The Awl takes a look at how the brackets would look if the battle was based on tuition. Inside Higher Ed tried to gauge who’d win based on academic performance, but like so many of us, screwed up their calculations for their brackets.

Meanwhile, labor attorney Jeffrey Kessler has filed an antitrust lawsuit in Monday on behalf of college basketball and football players, arguing the NCAA “has unlawfully capped player compensation at the value of an athletic scholarship.”

MIT Media Lab co-founder Nicholas Negroponte kicked off this year’s TED gala with a prediction that in 30 years time, we’re going to be able to ingest information. Literally. Through knowledge pills. Or something.