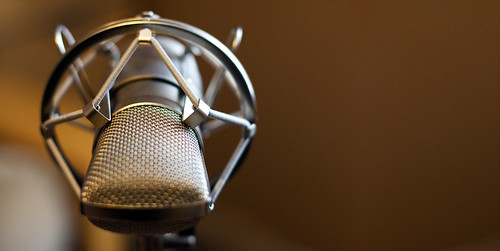 The big huge major celebrity-filled edu news this week: comedian Louis CK tweeted in frustration about his kids’ math homework. And really that’s all we need to know: a famous parent questioned standardized testing and the Common Core.

Or at least, that’s all that’s necessary to spawn a zillion “think pieces” – whether he was wrong or right or funny or dull or whatever.

I’d rather stop right there, frankly, and call it a wrap for the week – if other important stuff hadn’t also happened.

A Florida elementary school will no longer offer Mountain Dew to students pre-test. If their scores suffer, I hope some Dew-sponsored celebrity intervenes on Twitter. For justice’s sake.

The great LAUSD iPad saga continues: this time WiFi issues in the schools are getting in the way of testing. (Because clearly testing is the reason for buying all those expensive devices.)

The US Department of Homeland Security is warning Americans not to use Internet Explorer.

The US Department of Education announced that it found Tufts University in violation of Title IX because of the school’s failure to address sexual assault and sexual harassment on campus.

And now the Obama Administration insists it’s on the case. Here are the 55 institutions it’s investigating for Title IX related violations.

An FDA advisory panel has recommend that, yes, we should ban “aversive conditioning devices” – electric shock treatment still used in schools to manage and discipline students with disabilities.

The state of Virginia will offer in-state tuition to “Dreamers,” children brought to the United States illegally by their parents and raised here.

The state of Florida will also offer in-state tuition to Dreamers.

A California appellate court has ruled that LAUSD does not have to release teachers’ names in conjunction with their performance ratings, something that the LA Times had been seeking.

The English government is sharing (not selling) student data from its National Pupil Database. Because “open data.”

Coursera announced that, despite raising over $85 million in venture capital, it would turn to “the community” to translate its courses. Nicholas Carr calls this “sharecropping” – “Translation is not play; it’s work — and skilled work at that. What Coursera is doing seems more like plain old chicanery.”

But hey. Coursera won some Webbys – which much like this new vision of MOOCs, do cost money to be a part of.

As part of a pilot program with Coursera, the New York Public Library plans to hold face-to-face “classes” for MOOC students.

Dominican University of California will be Coursera’s first official “learning hub” at a US university.

MIT plans to give every undergraduate student $100 in Bitcoin in order to create “an ecosystem for digital currencies.”

Stephanie Banchero, education writer at The Wall Street Journal, is headed to the Joyce Foundation where she’ll be senior program officer.

NYC mayor Bill De Blasio and the members of the city’s United Federation of Teachers have reached an agreement.

University of Oregon president Gofffredson is dismantling the UO Intercollegiate Athletics Committee, a faculty group with oversight into the university’s athletics program. I’m sure the removal of shared governance will be great. Go Ducks.

UCLA has cancelled a $3 million gift from the Sterling Foundation on the heels of a tape that captured Donald Sterling, the owner of the LA Clippers, uttering racist statements about who he wanted to attend NBA basketball games. Sterling has been awful for a long time, but this is the thing that prompted UCLA to cancel the check. Interesting...

Chegg and Kno founder Osman Rashid is on to the next new edu thing: Galxyz. The new startup offers content/assessment aligned to the new Next Generation Science Standards: “Kids will fight their nemesis King Dullard and his minions while hunting for fun-filled curiosity particles across galaxies.”

The Discovery Channel launched a new show called Bad Teacher, one of those staged-reality-TV things that gets lots of rubbernecking viewers and does little to forward things like, oh say, the company’s education mission. Thanks to teacher outcry – and some pushback from Discovery Education – the show was promptly cancelled.

Counterterrorism software from Intelligent Software Solutions will now be marketed to campuses to help identify students who might drop out. What could go wrong?

OpenStax has made a deal with a subsidiary of the National Association of College Stores to offer its open source textbooks in college bookstores.

From VentureBeat: The NSA has “launched an initiative to strengthen contacts between tech-heavy U.S. American colleges and universities. The project will coordinate academic collaboration to best protect Internet infrastructure. Already, the NSA has awarded funds and resources to Carnegie Mellon University, the University of Illinois Urbana-Champaign, the University of Maryland, and North Carolina State University to set up so-called “lablets” on their campuses.” Lablets.

“Mountain View-based startup Collegefeed, a social network for higher students with a focus on career prospects has launched a new platform called Collegefeed for Career Centers.” More via Edukwest.

The publisher Lawrence & Wishart wants the “Marxists Internet Archive, a volunteer-run online collection of socialist writers’ works, to remove from the website copyrighted material from the publisher’s Marx Engels Collected Works by April 30.” To the barricades! Or something.

Machines writing college-level essays that other machines will grade. (I bet those machines don’t have any student loan debt, do they.)

According to The Wall Street Journal, the language-translation app Duolingo will begin offering an English-proficiency exam. (Worth noting: Duolingo is the brainchild of Luis von Ahn, who created CAPTCHA. So let’s hope folks can translate English better than I can translate CAPTCHAs.)

“Didn’t Read Those Terms of Service? Here’s What You Agreed to Give Up”

Scholastic has launched a subscription-based service for schools. FWIW, if it costs you more than 99 cents to buy your own copy of Clifford the Big Red Dog, you’re being screwed.

ConnectEDU has filed for bankruptcy. The career planning company was founded in 2002.

Delivered with a totally straight face: "Halo, The Brain-Improving Wearable, Raises $1.5 Million. Via Techcrunch. Funders include Marc Andreessen of Andreessen Horowitz and Jeff Clavier of SoftTech VC. Brain waves and wearables are so gonna disrupt edu. I can just feeeeeeeeeeel it.

Foradian Technologies, which makes a “cloud-based education solution,” has raised $2 million in funding.

4 out of 5 US high school students graduate – a record high. Nice job, team USA. The increase is due in part to the higher graduation rates for non-white students. 76% of Hispanic students finish high school, and 68% of African-American students do.

“Race Gap Narrows in College Enrollment, But Not in Graduation”

The Department of Education’s “What Works Clearinghouse” releases a report on teaching English.

There’s no open data to back this claim up – just the sort of pronouncements made at “Davos is the Desert.” But apparently 4.2 million tweets a day are “education related.” Or so says an “account executive” at Twitter at the annual VC ASU-GSV shindig. Buy! Buy! Buy Twitter stock! Or something.

Email is bad for you.

Folks are heading to Swedish universities in record numbers. Waterloo.

According to a write-up in The Chronicle of Higher Education, researchers have found “that most students entered the course hoping to gain skills to boost their careers. As time passed, however, their main concerns shifted to completing the course and getting high scores, not practicing their newly acquired skills.”